After finishing and revising the early drafts of Just Another Week in Suburbia in 2012, I started thinking about what I should write next. 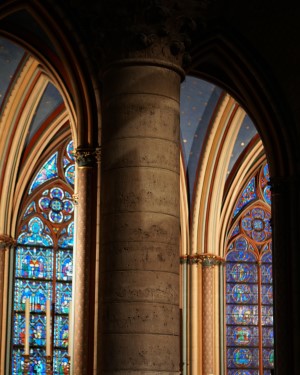 Often, the query is if those ideas are ready to be written.

Sometimes, they need to gestate. Then they evolve and I understand what it is I’m going to try to do. I have no idea how long that gestation will take, though.

Sometimes, the idea isn’t strong enough to stand alone. Then another idea connects with it. That can produce a snowball effect. Ideas group with others, and I learn that a number of them are part of the same story.

On this occasion, I was tossing up between the idea that eventually became The Shadow in the Wind, and adapting a screenplay I’d written in 2000 entitled ‘Prudence’.

I just wasn’t sure enough about The Shadow in the Wind – I had the basics in my head, but wasn’t sure how it worked. So I thought I’d let that one gestate. (As it turned out, I struggled all the way through that one, and it was just a novella).

I thought I’d go to ‘Prudence’. As an adaption, it should be easier.

There’s a difference between writing a screenplay and writing a novel. A novel can be cerebral. You can get in a character’s head. You can explore thought processes. Somebody can sit in a chair and deliberate what they’re going to do next.

You can’t do that in a screenplay. A character sitting there thinking isn’t exactly going to be an engaging visual. So you have to think of other ways to communicate that information.

Also, in a screenplay you can jump around. You can show characters briefly to relay necessary information.

Think about something like Titanic (1997) . We follow Jack (Leonardo DiCaprio) and Rose (Kate Winslet), but will also fleetingly join Captain Smith (Bernard Hill) and First Officer Murdoch (Ewan Stewart), or jump into the crow’s nest over halfway into the movie to join Frederick Fleet (Scott Anderson) and Reginald Lee (Martin East) when they spot the iceberg.

A book doesn’t do that. It usually stays in the head of the protagonist or protagonists. It doesn’t explore what’s happening in some incidental character’s world. Usually, those events would somehow be filtered through the eyes of the protagonist.

Obviously, some stories will rotate through multiple characters. Game of Thrones is a good example. But this is balancing multiple protagonists and antagonists. In the case of the Game of Thrones novel, each chapter is dedicated to a different character. The TV show intercuts as needed to keep it balanced.

‘Prudence’ jumps between twelve different characters and follows their lives over the course of a single night in an exclusive nightclub. Each character is forced to confront something unpleasant about themselves. A lot of it deals with themes of love, lust, selfishness, selflessness, desire, and conscience.

In the screenplay, I could just jump as needed. But in the novelisation, that was harder to do. Given the characters often interact, it became a question of whose viewpoint was the story (at that time) filtered through? I came up with a solution which I hope did them all justice.

I always knew ‘Prudence’ might struggle to find a market. In publishing, market is everything. You have to know where a story sits. ‘Prudence’ was trying lots of different things, although that’s why it appealed to me to write.

Once I finished ‘Prudence’, I revised repeatedly, but never fully. Usually, I’ll go over something until I can get no more out of it, then put it away for a while (like 3 – 6 months), and then come back to it with fresh eyes. That gap helps me see it objectively.

But in that timeframe, lots of other things happened that meant I just never got back to ‘Prudence’. Also, I’m a big believer in always working on something, so I wrote other projects that got in the way of getting back to ‘Prudence’.

I felt that it was relatively well-formed – perhaps not fully, but neither was it entirely raw. It enjoys the middle-ground, then probably vacillates either way at times.

Out of vanity, I submitted ‘Prudence’ to a handful of publishers. I knew it would always be an odd fit. I mean, I like it. I like what it tries to do, and it gave me a medium to experiment. But I knew it would struggle because of its lack of distinct niche. And nobody picked it up.

Because it sits in this weird netherworld, it’s sat on my computer since then – over seven years.

I have a list of novels, screenplays, and stories I’d like to write and/or revise, and, unfortunately, ‘Prudence’ is falling lower and lower on that list. That means it might just sit in computer purgatory.

Rather than let that happen, from next week, I’ll be serializing ‘Prudence’ on my blog, chapter by chapter.