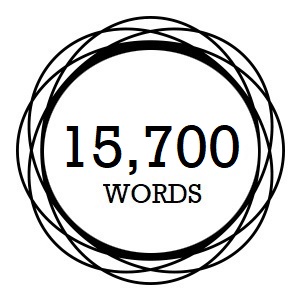 Last week, four writer-friends (Ryan O’Neill, Kim Lock, Laurie Steed, and A.S. Patric) talked about insecurities in writing. Given the Twitter response and the retweeting that followed, their answers resonated with many other writers out there. A big thank you again to my four friends
for sharing.

Now it’s my turn. These are my insecurities when it comes to writing:

When I was younger, stupider, and naïve(r), I had an unfailing confidence in my writing. But as I grew older and more experienced, I started to learn what could be wrong. When I worked as an editor specialising in structural editing, I really learned what could be wrong. There’s so much stuff out there I don’t know about, how do I know that’s not thriving – beyond my abilities to detect – in my writing?

I don’t have that failsafe with my own work. I’m scared I’ll find an error, terrified I’ll discover something I could’ve phrased differently, and petrified I’ll unearth an idea I could’ve explored better. Or, maybe, just maybe, something entirely new will occur to me that should’ve been included and would’ve elevated the work.

I’m astonished that we have a stream of movies that are rereleased as director’s cuts when they hit DVD and BluRay, but we don’t get more author’s cuts of books where the author feels they can now do it better, or they can address issues they had during the original writing and/or editing of the book. Only two come to mind: Stephen King rereleased The Stand in 1990 with about four-hundred pages (roughly 150,000 words) restored. And Raymond Carver’s What We Talk About When We Talk About Love, which was republished as Beginners. (Carver complained about being heavily edited and, at times, rewritten, by his editor Gordon Lish.)

Some may be surprised that there’s no fear of rejection, but that’s part of the writing life. If you’re going to write, you’re going to be rejected. That’s just reality.

I can live with rejection.