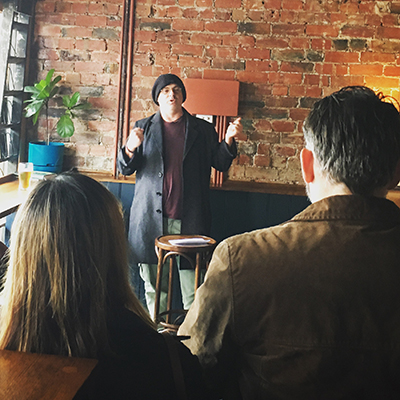 Les Zig is an accomplished novelist, screenwriter, and editor (specialising in structural editing), with over thirty years experience.

As a novelist, he’s had three novels published; as a screenwriter, he’s had three screenplays optioned, and had other unproduced screenplays place and shortlist in awards; and he also works as the publications manager and chief editor for Busybird Publishing.

A witty and charismatic speaker who has run numerous writing and editing workshops, appeared at writers’ festivals, edited dozens of books, and previously spoke for Beyond Blue and SANE Australia, Les can speak about various things, including: