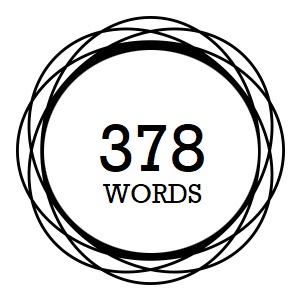 Something I consider irreplaceable in any form of writing – and particularly in writing a novel – is getting the first line right.

The right first line unlocks everything that’s required for a novel:

Which is what’s made trying to get started on ‘TFSoLY’ so frustrating. Throughout the week, I sat down and hammered out some openings, but every one felt wrong: one came in at the wrong place, so it felt like I was on some ill-lit side-road to the story; another was summarising too much, which made the first page mundane; another was so far from being right, nothing came after it.

As I’ve gotten older, something I’ve become better at is using placeholder first lines. I know they’re thereabouts and that they land me near-enough to the vicinity that not only can I – and will I – eventually find that correct road, but it’ll illuminate where it came from, and that’s where (and when) I can go back and nail that first line down.

In the case of one previous novel, the first chapter ultimately became an unnecessary prologue to the story, but it introduced me to the world, the characters, and their circumstances. Once I felt sure enough working my way through the story, I cut that prologue, and revised the (new) opening chapter, so that it worked (well, I thought it worked). On another novel, the opposite happened – I felt good about the existing opening chapter, but then went back and wrote a prologue that provided context that had been missing for the story.

Writing any form is hard. Writing a novel is like fluking a miracle – juggling everything and setting it down so that it’s recognisable enough, and competent enough, to work in conjunction with all the other pieces requires perseverance, skill, and a good degree of luck. Then (hopefully), revision takes care of smoothing everything out.

Thanks to American Book Review’s 100 Best First Lines from Novels, from which I picked this top ten (as they’re books I’ve either read or tried to read) opening lines:

If you really want to hear about it, the first thing you’ll probably want to know is where I was born, and what my lousy childhood was like, and how my parents were occupied and all before they had me, and all that David Copperfield kind of crap, but I don’t feel like going into it, if you want to know the truth.
– J. D. Salinger
The Catcher in the Rye (1951)

All this happened, more or less.
– Kurt Vonnegut
Slaughterhouse Five (1969)

He was an old man who fished alone in a skiff in the Gulf Stream and he had gone eighty-four days now without taking a fish.
– Ernest Hemingway
The Old Man and the Sea (1952)

It was a pleasure to burn marshmallows over the bonfires.
– Ray Bradbury
Fahrenheit 451 (1953)

Time is not a line but a dimension, like the dimensions of space.
– Margaret Atwood
Cat’s Eye (1988)

All these opening lines pose a premise, or create intrigue, which hooks the reader into moving onto the next line. From there, a story is built – well, hopefully. The wrong line can lose a reader, or do an injustice to the story, so it’s important that every piece of the structure is essential and does exactly what it’s designed to.

In my resignation, I found a placeholder and it was good enough to let me in. But then, in revising that opening page, I found not only my opening line, but a thematic device that can recur throughout the story. So I’m happy … unless further writing reveals I only landed in the vicinity, and not on the spot.

Last Week’s Lie: Everything about my new book – the title of Valley of the Farters, the synopsis, and the character of Grace Abbott – was a lie.

I can now reveal that my new novel is actually entitled August Falling. Look for a cover reveal soon!