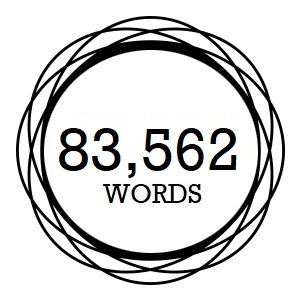 Before I was published, I had several novels that got close – well, that’s what the glowing rejections suggested. However, I did feel that those novels were – in their way – reserved in some areas. I was holding back. It was intimidating to put work out there where people who knew me would be reading it, and possibly judging me through what I’d written. I’m sure lots of writers feel the same. So I wrote through a filter – I held back in scenes (be they explorations of emotional vulnerability or realisations, intimacy, etc.) where I thought somebody might think of me, I can’t believe he wrote that!

Going into 2012, I’d compiled numerous rejections (for novels, short stories, and screenplays – well, everything), I was rehabbing a badly broken leg, and had grown frustrated with the lack of progress in my writing life. I decided whatever I wrote next would be the one. I would write without fear and without inhibition. People could think what they liked.

The novel I began was Just Another Week in Suburbia.

As usual, I mapped out all the characters and lots of the locations, but didn’t know a lot about the story outside the premise. As I got deeper into the manuscript and started working things out, I charted what I thought would happen on each day, although the order of some of these events changed in the writing.

When I was done, I had a manuscript I was proud of. Much of it had flowed and tied together in a way that doesn’t often happen. Sometimes, writing is excruciating, and I have to scrap for every word, and then come the next day I rewrite scenes because I feel they’re not working the way I need them to. And, other times, it clicks. Or so I thought.

My alpha readers read JAWiS and gave me feedback. I looked at what I thought worked and didn’t work in the story I wanted to tell. Then I revised. The story became fuller, but the story itself didn’t change dramatically.

In 2013, I subbed JAWiS to the Hachette Manuscript Development Program, not expecting a lot – I submit exhaustively and never expect much. But JAWiS was shortlisted, so I flew up to Queensland for a week where Hachette, in conjunction with the Queensland Writers Centre, ran a series of workshops about all things writing (e.g. writing, revision, publishing, marketing).

The author they’d appointed to oversee the participants, Charlotte Nash (she’d been selected for an earlier Program, and at that stage, her second book was about to be published), spoke to each of us individually. Then one of the two publishers – either Vanessa Radnidge or Bernadette Foley – did the same with each of us.

Judging on the extract she’d read, Charlotte spoke to me about the verisimilitude in JAWiS – she was (rightly) big on situations unfolding plausibly. That was encouraging. Given JAWiS was my line-in-the-sand novel, Charlotte’s feedback was encouraging. (Of course, it’s always encouraging whenever somebody extremely talented, intelligent, and insightful praises you.)

Bernadette looked at the (whole) manuscript from a structural angle, and told me to go away with a pen and mark down scenes that I felt didn’t quite gel with the suburban setting and events in the book. This was her polite way of telling me, There’s some pretty outlandish scenes in there. This highlighted a concern that had nagged at the back of my head.

When I begin writing any story, I always have an idea about some of the scenes that might occur. But, as the story develops, sometimes those scenes become irrelevant, or simply no longer fit. Then it’s a case of still trying to make them work or abandoning them. For JAWiS I was big on making them work, because some of them were close to what I was feeling at the time. (More on this next week.)

At the end of 2013, I house-sat for a friend over Christmas and attacked the revision of JAWiS, marking down scenes that I could see now belonged to another story – one that was extraordinary suburbia (murder, violence, etc.), rather than ordinary suburbia (relationships, couples, etc.), which is where JAWiS unfolded.

I slashed large chunks of the story (it’s impossible to guess, but I’d say between one/third and one/quarter) and wrote in new material – I wasn’t rewriting existing scenes, but writing in entirely new scenes, so the story took a different journey and finished a different way.

When Pantera Press accepted JAWiS, I went through another structural edit. Again, the story became fuller and clearer. Characters who didn’t have them developed arcs. Subplots were resolved. But the story remained the story they’d accepted

In the next few weeks, I am going to post some of those original scenes – they’re not deleted scenes, like you might find on a DVD. Deleted scenes could still be inserted into the story so the story takes the same journey. My deleted scenes belong to an earlier draft, and one where JAWiS was a different book.

So, the first one will be next week …

Postscript: I’ll be appearing on 3CR’s Published … or Not tomorrow (Thursday, 27th September) at 11.30am, talking with David McLean and Jan Goldsmith about my new novel, August Falling.