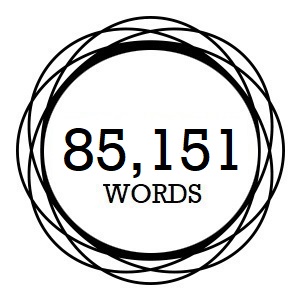 What do names mean as far as characters go? For me? Just about everything. Names personify people. It’s like the Jerry Seinfeld routine where he says if you name your kid ‘Jeeves’, you’re pretty much consigning him to a life as a butler. Based on your own relationships, experiences, and encounters, the moment a name is mentioned you’ll conjure up a preconception of the person attached to it. You might even think of certain characteristics that people with the same name share.

I have lots of rituals when it comes to naming my characters. To begin with, I’ll scribble a lowercase and UPPERCASE alphabet in a notebook. When I come up with a first name, I’ll scratch out the lowercase letter that name begins with. I’ll do the same for the surnames with the uppercase letters.

This is to ensure that, if possible, I don’t have characters whose names begin with the same letter. Hitting names that begin with the same letter can confuse readers. Well, that happens to me (as a reader). Hey, I thought Tom was married – why’s he kissing the neighbour? And then I backtrack and find that it was actually Ted, not Tom. Tom? Ted? At the start of reading a new book where you’re orienting yourself with the world and its inhabitants, that similarity can be confusing.

Years ago, I scoured the net and compiled lists of surnames, printed them up, and divided them by nationality through a couple of folders. While you can just as easily Google surnames now, it’s efficient to be able to open up a folder, go to the nationality I want, and pick a surname. Some of these surnames have meanings, or are derived from location. That’s also something to consider when picking the right surname.

As far as the first name goes (and while I could again just Google), I own a couple books of baby names. I like to read the meanings behind names, to see if it will have any special significance for the story. Some times there’s not. But other times I pick something for the meaning, which gives the character that added layer. Readers may never know it, but I know it’s there.

Sometimes, it’s just about feel. For Just Another Week in Suburbia, I wanted a name for the protagonist that was a little bit unusual, but without striking (i.e. memorable) connotations. ‘Gray’ was chosen as a surname because it wasn’t as strong as black or white, but something in the middle – something potentially bland. Nobody paints their house grey, or buys a grey car, or does anything in grey. And ‘Casper’? He was named after Casper the Friendly Ghost, because as a character that’s who he was – invisible and inoffensive within his own world.

His wife actually started the book as ‘Melissa’. But as I wrote the early chapters, that just didn’t feel right. I didn’t picture her as a ‘Melissa’. So, through the powers of FIND & REPLACE she became ‘Jane’. Now that felt like who she was meant to be. The only problem was that one of Casper’s best friends was named ‘Dane’. It could’ve been idiosyncratic for Casper to have a ‘Jane’ and a ‘Dane’ in his life, both close to him, but I decided that it would become distracting. So ‘Dane’ became ‘Luke’.

In August Falling the protagonist’s name is ‘August’, which (in Latin) bears the meaning of ‘majestic’ and ‘venerable’ – these are things that August isn’t. In fact, he’s the opposite. But I liked the irony of this character who had the majesty of this name, but was flawed, vulnerable, and doubting.

My own name has been abbreviated to ‘Les Zig’ for simplicity. I would’ve liked something exotic for my first name, like ‘Lazaros’, but as a handle ‘Les Zig’ will do just fine.