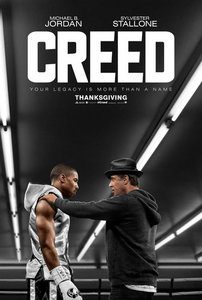 I’ve always loved fight movies, even though the fight genre is usually formulaic and predictable, e.g. an underdog will enter some sort of fight game, come good, and – more often than not – win.

This is where the recent Southpaw (2015) – starring Jake Gyllenhaal, Rachel McAdams, and Forest Whitaker – didn’t work. Gyllenhaal played Billy Hope, an undefeated champion sitting on a 44–0 record. When a personal tragedy derails his career, he enlists trainer Tick Wills (Whitaker) to help him train, regain his title, and get his life back on track and rescue his daughter from welfare.

This story is the antithesis of the fight movie formula. Hope sits 44–0. He’s not an underdog. He shouldn’t even need to seek out anybody to train him. All he has to do is get back in the ring and apply the skills that got him to 44–0. It’s the other guy – regardless how well-credentialled – who should be the underdog.

This is something Stallone understood through his Rocky series. Through every movie, he cast himself as the underdog. In Rocky he is a bum versus the great Apollo Creed. In Rocky II, Apollo claimed he went easy in the first fight (somewhat validated by his behaviour in Rocky) and is determined to make amends, and Rocky struggles with the vision in his right eye, forcing him to fight right-handed. In Rocky III, Rocky is deemed too old and too domesticated to face the younger, hungrier, and more powerful Clubber Lang. In Rocky IV, we have a freak of genetic engineering in a seven-foot-tall Russian, Ivan Drago. In Rocky Balboa, Rocky is now retired, old, and facing an undefeatable champion. Only in Rocky V is he pitched as the favourite, yet Stallone handicaps Rocky with brain damage, retirement, and sneak attacks (whenever Tommy Gunn gets the advantage, it’s because Rocky’s walking away and Gunn ambushes him).

Something else that’s needed in the fight genre are stakes. Again, Stallone always has stakes on the line – usually self-respect and the pursuit of survival. In The Karate Kid, Daniel fights to earn respect from the crew who bully him. In Warrior, Brendan Conlon (Joel Edgerton) fights to provide for his family (mortgage is outstanding, and his daughter needs open heart surgery). Southpaw got this right, with Hope needing to get his life back on track so he can rescue his daughter from welfare.

Stakes are the reason we believe that our hero is taking the action they’re taking, why we root for them to succeed, and why we worry about them failing. In real life, it might be enough that somebody wants to be the best. In a story, we need a more tangible form of motivation.

What Works
Stallone. Stallone is brilliant in Creed, trying to carry on now that his wife, Adrian (Talia Shire) and best friend Paulie (Burt Young) are gone. He also has a battle with cancer – an engagement with his own mortality. Probably the best thing about Rocky in this movie is the tactical advice he offers as a trainer to Adonis (Michael B. Jordan) following each round during Adonis’s fights. One of my queries on the Rocky series is Rocky’s sole strategy seems to be to stand there and have his head punched in until his opponent exhausts himself, and then Rocky knocks him out. It’s good to see Rocky strategise.

What Doesn’t Work
Nothing else really works. Some of it (e.g. some of the training sequences) border on laughable.

Adonis is the illegitimate son of Apollo Creed and, for reasons never truly explored, wants to become a fighter. Mostly, it’s because it’s what he’s meant to be, I guess. The weight of carrying the Creed name should threaten to asphyxiate Adonis, but it plays no real part other than to be a novelty, and to later get Adonis a title fight. Apollo’s death in the ring should cast a shadow, but only exists as background. So the stuff that could’ve been interesting isn’t.

Living with Apollo’s former wife, Mary Anne (Phylicia Rashad), Adonis works in a securities firm, seeming – from all appearances – to have a cushy life. I guess you could make an argument that the story is about finding yourself, about chasing your true calling, but it’s hard to empathise with Adonis, or invest in his dreams, because he has no stakes. The pursuit of his dream is nothing more than an indulgence. If he’s not a rich brat, he’s a well-off brat. If he fails, he has a wealthy guardian to fall back on.

Although he’s embarrassed in an early sparring session, you also never get the feeling that Adonis is troubled in his bouts. He’s brash, cocky, and sure of himself. Compare that to the original Rocky, where Rocky has a heated exchange with Mickey, who tells Rocky he had the talent to become a good fighter and instead he became a leg-breaker. Had. Just in that exchange, we learn so much about Rocky and his relationship with Mickey. Unfortunately, there’s nothing that layered in Creed. From the moment Adonis decides to box professionally, you just know he’ll fight the champ.

How I Would’ve Done It
I would’ve ditched the illegitimate angle. Adonis could’ve been the legitimate son of Apollo, perhaps born six or seven months following Apollo’s death. Adonis pursued a career in boxing, showing a wealth of talent, and climbed as high as tenth or so in the world. But he never fully realised his abilities, and lost a string of important fights. He became a journeyman (as a boxer) and got involved with the wrong crowd, getting arrested several times. Finally, when his friends – headed by a minor gangster, Eight-ball – commit an armed robbery, Adonis is looking at possible hard time. Mary Anne Creed appeals to Rocky to help straighten out Adonis – Rocky owes her, after all, because he didn’t stop the fight in which Apollo was killed.

Rocky and Adonis form a begrudging friendship, where Rocky learns that fear – because of what happened to Apollo – has always undermined Adonis. In big fights, Adonis has been afraid to commit . Rocky trains and nurtures him and Adonis begins a climb up the ranks, until Rocky gets him a shot against the champion. Unfortunately, Adonis’s friends continue to have a hold on him, and try to leech from him, and Eight-ball tries to get Adonis to sign a contract. Feeling that debt to Apollo, Rocky intercedes and, later, is ambushed and beaten. Adonis goes to see Eight-ball. They argue, fight – Adonis runs amok – until Eight-ball draws a gun. Adonis surrenders himself but says he’ll never sign, and he’s done with the crew. Eight-ball realizes he no longer has a hold on Adonis, and lets him go.

Adonis learns that there’s some things worth dying for (family, loved ones, pursuit of dreams) and goes on to fight the champ.