Writing’s a spill. Even the most calculated first draft is a mess. But revision is where you find shape. 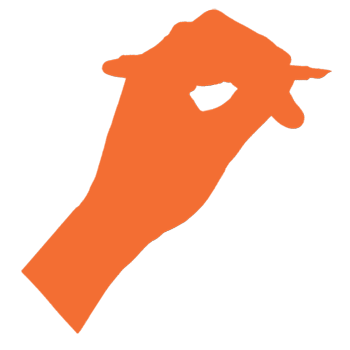 After I’ve finished writing something, I’ll read it repeatedly while my head’s still in that world, fleshing out the story as much as possible.

When I’m done, I’ll put it away for as long as possible – for at least a month. But I’ve got manuscripts that have sat in exile for years.

Often, ideas for revision will occur to me – it’s always the same: once you step away from the computer, that’s when the ideas come. I think this is because when you sit down to write, you put pressure on yourself to produce. Once you step away, you remove that pressure and your imagination can operate unbridled.

But rather than rush back to the manuscript, I’ll jot down these ideas. Sometimes, they’ll stimulate new ideas, or new directions. I’ll see things clearer.

Going back to the manuscript after a break also helps you see everything clinically. I find I have a better idea of what needs to be done.

I dedicate each pass to some different aspect of the story – one might be to structure, another might be to flesh out a subplot, another to the prose. Obviously, I’ll attend everything as I see it, but I’ll always have one primary goal.

Sometimes, I’ll read each chapter twice – the first to orient myself with the text and what it’s doing, the second to attack it with familiarity.

Two of the last three edits are the BLUE edit and the RED edit: I’ll change the colour of the text, which forces my brain to re-process the information as if it’s seeing it for the first time. One of the big dangers in writing and revision is you know what’s meant to be happening, which can hurt your objectivity, or identifying problem areas.

As I revise, I grow more dispassionate, which helps me grow merciless. And you do need to be merciless. Often, you have to kill the scenes you love. I often look at it from the point of view that if I remove something and it hasn’t impacted anything – plotting, characterization, etc. – then it had no right being there in the first place.

My goal as I continue to revise is to reduce the word count but flesh out the content. Early drafts are often overwritten. The story gets shorter but fuller.

With the final read, I try to read the manuscript in as few sittings as possible – this helps check the story as a whole and how it functions, which you mightn’t pick up if you’re only revising it in bits and pieces.

Then I give it to friends for feedback, then go through the whole thing again.

It’s important to find the right people to give you feedback. It can’t be too big a group. I met one young writer who said his friends’ feedback had confused him. I asked how many people had read his book. He told me twenty. That’s far too many people. With such a large number, you’re naturally going to find conflicting opinions that are often predicated on taste, rather that insight.

That’s the important thing: finding the right people for you. I’ve met many editors who make perfectly valid suggestions, but when I’ve checked the text they’ve highlighted, I’ve found it’s fine. Their suggestions come from how they’d write it, which is not what editing or feedback is about.

Workshop groups can be good, except when they begin to function as a hive mind, which drives a disparate community voice that becomes a pastiche of what the story should do, rather than help the author realise their vision.

That’s paramount. You need to find people who can identify what you’re attempting, and whose feedback will be constructive and help you reach that destination, or challenge you to recognise your destination, rather than detour you into what they think should be done.

It’s also a skillset to work out what you incorporate, and what you dismiss. As an editor, I’ve dealt with writers who’ve told me, “You don’t get it.” Their work is genius and I’m an idiot. Well, that’s a distinct possibility, but structure is one of things I pride myself on.

When I was editing the anthology [untitled], one prospective author pulled me up on a plot point I’d queried and said he believed his readers would get it. I told him given that myself, the publisher, and the two assistant editors hadn’t gotten it, it was a good chance others wouldn’t either.

Ego can be a helpful tool in driving the vision behind the story, but you need to honestly assess whether feedback is valid.

I find if more than one person has given me the same feedback – no matter how much I might disagree – then it’s a good chance others will feel similarly.

The Hachette Manuscript Development Program and Just Another Week in Suburbia.

Just Another Week in Suburbia: Methodology and the Other Characters

Just Another Week in Suburbia and The Hachette Manuscript Development Program