The first real sex scene I tackled was in my YA novel Pride (the first draft was written in 2002). Early drafts implied that the protagonist, Luke, and his girlfriend, Amanda, had sex. It was the typical consummation of intimacy that was kept off the page. 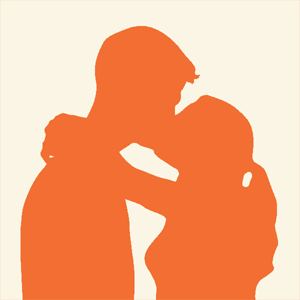 Pride was selected for the 2009 Olvar Wood Fellowship. Queensland author, Inga Simpson, mentored me through a redraft, in which I added this vague sex scene. She highlighted its shapelessness – the scene acted as this general overview that embodied the relationship as a whole.

In the redraft(s) that scene gained definition, showing a young couple’s first time.

When Busybird Publishing were trying to place Pride on high school syllabuses, the feedback was that most educators would baulk at the sex scene, although it was tasteful, and was also a lesson in practicing safe sex.

For Pride’s rerelease as Song of the Curlew, the sex scene was cut to give the book a better chance with syllabuses. (It hasn’t worked.)

My unpublished manuscript, For the Method (the first draft written in 2007), had several sex scenes that grew with each redrafting. They meant something in relation to what was happening in the story at that time.

I cared least about the first question: What would people think of me? I’d already busted through that. Every writer needs to if they’re going to be able to transcend boundaries with their writing.

As for their placement in the story, I knew some would consider them gratuitous. I could do nothing about that (and will look at that more when I blog about reviews).

That leaves the final question: Were they really needed? I believed they were because what was happening in the sex itself spoke to the greater story, and demonstrated a mindset I couldn’t explore in any other way.

Just Another Week in Suburbia has three long and graphic sex scenes.

Each of them have a purpose.

(Warning: there are spoilers from hereon …)

Casper and Jane in the bedroom

After returning from a dinner with friends, Casper and Jane make love. The sex is safe and tempered – the sex of a long-time couple comfortable in their rhythms.

It also makes Casper wonder if his marriage has grown tame (especially physically), which may be a reason Jane’s cheating on him (as he fears).

Casper and Jane in the kitchen

After a heated exchange with his friend Beth’s partner, Roger, Casper doubts his masculinity, and his role as a husband. He fears this could be a contributor as to why Jane might be looking elsewhere.

The sex they have is desperate and needy – Casper trying to extract something daring and exciting (in himself) that will appeal to Jane, although he continues to find himself woefully ill-equipped.

There is also a physical element where he’s just trying to hold onto her, as if that’ll stop her from slipping away.

For Casper, it shows him something he can never be, and Jane in a light that he’s never seen, which begs the question of how well does he really know her? He’s obsessed about her possibly cheating on him. Now it’s not only confirmed, but obliterates everything he believed he knew about her, and their marriage.

Several years after Just Another Week in Suburbia was published, I wrote a short story from Jane’s point of view that covers the same timeframe.

She repeatedly tries to break off her relationship with Kai. He perseveres. She (in frustration) gives herself to him wholly here to prove to herself that he can never assert possession over her (as he has done with the affair). This helps her understand that the physical relationship, ultimately, means nothing.

I don’t know if all this came across to readers, or if readers bothered to delve into what these scenes might mean, or if readers did determine they were gratuitous and didn’t push past that for an interpretation.

The one thing I do pride myself in my writing is things don’t exist for the sake of existing. (The same applies to the philosophy in how I approach editing.) I redraft extensively, and anything without a purpose is deleted. I’m old, experienced, and cynical enough now also that I don’t hold onto anything for the romanticism.

Because Just Another Week in Suburbia is an exploration of relationships, that meant delving into sexual intimacy (from Casper’s perspective) and giving it meaning.

Next Week: The Passive Casper in Just Another Week in Suburbia.

Just Another Week in Suburbia: The Inception

Just Another Week in Suburbia: The Passive Casper