Back in 2011, my sister in-law was battling cancer. 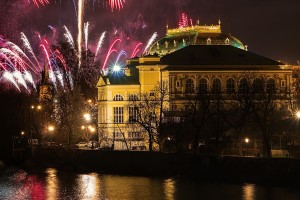 The following year as she continued her fight, I had other friends who had to face cancer in their lives. One friend had to deal with his partner developing a rare tumour. Another friend’s father developed an aggressive form of leukemia. During this time, I was also working on an anthology for Busybird Publishing – Journey: Experiences with Breast Cancer. This was a collection of nonfiction stories from people who had been touched by breast cancer, whether they’d gone through it themselves, or were the family, a friend, or a carer of somebody who had.

I had a dream around this time of a little boy whose mother was going through cancer, and he went on an adventure to retrieve a pendant that he thought could save her. The details were actually a lot more sparse than that – the dream really only showed the boy with his mother. But I had a vague (and that’s being kind, too) awareness of some of the other details.

Sadly, my friend’s partner, my sister in-law, and my other friend’s father all passed away within a three-week timespan. It was a proliferation of cancer. I’d had other family and friends in the past die from cancer (and others have since). While I’m sure plenty of writers have been poetic or eloquent in writing about cancer I can’t. It’s just fucked.

In my writing life, I’d just finished Just Another Week in Suburbia, and was tossing up what to write next: an adaptation of a screenplay entitled ‘Prudence’, or my cancer story. I really didn’t know much about my cancer story outside of the basic premise. ‘Prudence’ followed the lives of three couples, as well as several of the staff, at an exclusive nightclub and how those lives unravelled over the course of one night. While I liked the story of the latter, I had no idea how to handle this ensemble cast.

So which one would I work on?

Twice previously I’d had dreams provide ideas for stories. Actually, I’d had dreams try to provide ideas. The first time, I didn’t remember much of the idea once I woke up (and what I did remember was terrible). The second time the dream had been great, but once I woke up the idea fell apart under scrutiny. This third time, I really didn’t know how to make this idea work.

I’d adapted a couple of screenplays before (I mentioned ‘Chimerica’ last week) and had overwritten both. Just Another Week in Suburbia had been my line-in-the-sand manuscript, where I’d written without inhibition and I was conscious of trying not to overwrite. (Here’s something interesting: until Just Another Week in Suburbia, my OCD used to determine the shape of paragraphs – if they didn’t look balanced, I’d write another line or two to balance them out.)

I decided to go with ‘Prudence’, because I liked that the story wasn’t conventional. I had all these characters to play with. In a screenplay, you don’t often get to explore backstory in any great depth. Often, what you see if what you get. But in a manuscript, you have the space, time, and the mechanisms to do that thoroughly. (One thing I learned was that one of the characters, Marcus, was the brother of Luke, from Just Another Week in Suburbia.)

The biggest problem I had was how to juggle the POV of this ensemble cast. Off the top of my head, there were nine characters the story had to rotate through. And lots of scenes featured two or more of the characters. So whose head did I sit in? It couldn’t just be one character, because no single character was privy to everything that was happening. I could juggle POVs within each chapter, but I find that clumsy when I read it, as it often comes across as random, and thus distracting. I’m often left thinking, What? I’m in whose head now? And while I’m trying to work it out and trying to reinvest in the narrative, I’m struggling to follow what’s going on. That’s not great when you’re reading.

The solution I employed was an omniscient third-person point of view: although each chapter would have a prevailing point of view, the narrative would dip into other point of views as required. But I didn’t want to be random about it. It had to be purposeful. It had to have purpose. There had to be some logic behind it.

And then it occurred to me.

‘Prudence’ was given a new opening – a prologue to accommodate an experimental POV. Once this was written, so much of the story fell into place. Now it sounded like somebody knowledgeable about this prestigious club was narrating the story, and offering context from experience – both from the perspective of what happened in the club, and as well from an understanding of the basest level of human experience. The manuscript found depth that the screenplay never enjoyed.

(I’m not telling you whose POV it is – that’s too much of a spoiler.) 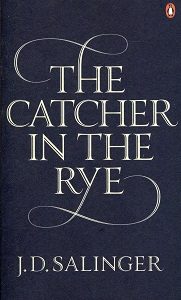 I like ‘Prudence’ for its experimentalism, the way its juggles characters, and (hopefully) the way it explores their hearts over the course of one fateful night. Sometimes, I think it’s trashy soap. It could be. But, sometimes, I indulge in stories that mightn’t have a lot to do in terms of plot but give the characters a meaningful journey.

One of my favourite novels – The Catcher in the Rye – does that. The plot’s simple: Holden Caufield leaves his preppy school to go home. On the way, he has lots of circumstantial adventures. But what the book is about is how Holden works through the shit in his head and how he comes to an uneasy peace with himself by the end. There’s no guarantee he’ll be fine, but he’s opened himself up to the possibility – something that was never a case before.

I think ‘Prudence’ is too experimental for somebody to take a risk on. While it’s been revised repeatedly, I want to go back to it and give it one more thorough structural redraft – well, if I ever get the time to do it. But I enjoyed writing it, and the form it does take.

So this blog has become about ‘Prudence’. Next week, back to what it was meant to be about: the cancer story.

The Next Work: Part II