Earlier in the year, I unwittingly became involved in a short film project. 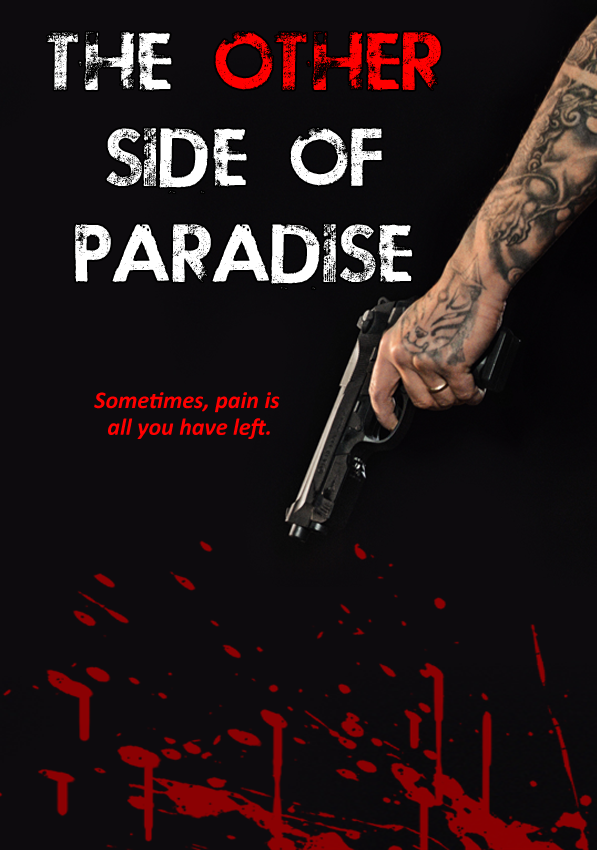 The project was intended as an action showreel for my friend Tony Nicholas, an actor and fight choreographer. He showed me initial footage, which was great. But, searching for a story (as I always do), I started asking a lot of why questions.

If you were being shot at, why did you tend to your friend instead of shoot back? Why does the bad guy shoot you, then decide to fight you? If he wanted to fight you hand-to-hand, why didn’t he just call you out immediately?

To be fair, at this stage there was no story component outside the premise to get Tony and the other actor, Faraz Matin, to engage. But after all my nagging, Tony decided to take me up on an offer to write a story. This way, he’d end up with a short film, as well as an action showreel.

Given Tony intended to film that weekend, I had only a few days to knock out a short script that incorporated Tony, Faraz, actor Jason Deane, and the location they’d retained.

When I worked in editing, it always surprised me (and still does) that people believe writing a story is just a spill of the imagination. You have all these ideas and all you have to do is get them out onto the page. That’s it.

It’s harder still when you already have actors and locations – that narrows the parameters to specificities. I don’t have the license to start with nothing and to create anything. It has to fit what’s there.

The early drafts of the script were called “That Side of Paradise” – a nine-page story that involved Tony taking revenge on Faraz and his gang for some grievance that’s occurred off-the-page. It really existed to give their fight scenes shape and, like any story, have a beginning, middle, and end.

But each week, I’d rewrite the script, fleshing out the stories and characters.

Faraz gained more heavies. Tony gained a partner (played by the wonderful Emily Riley). And lost her. Tony and Jason had a backstory. Faraz gained a right-hand-man, played by Engelbert Sebastian. Stuart Jaymes, our cinematographer, suggested a way to end it that played smartly into the story I was trying to tell (and much more smartly than anything I had).

It also gained a new title: The Other Side of Paradise.

The Other Side of Paradise also explored this abstract quality so it was no longer a straightforward action piece. It became something open to interpretation of the audience. Was this really happening? Was it a dream? Was it something else entirely? There isn’t meant to be a definitive answer.

We could only film weekends, and Melbourne being Melbourne, often we lost days to inclement conditions. Shoots were postponed. Rain washed out a key scene on the last day Faraz was available (he was Canadian, and going home), so we made up an impromptu scene where Faraz delegated the responsibility to Engelbert.

It was also interesting to work with so many different people: Faraz is naturally charismatic; it was Engelbert’s debut performance, but he studied exhaustively to get in the right mindset; Jason, who got the story from the beginning, had a haunted, soulful longing; from the first take, Emily hit the right emotional tone; and Tony balanced his acting responsibilities with choreographing fight scenes around locations and what other people were capable of.

Because the story continued to evolve as we shot, I’d rewrite weekly, adding backstory and context. It looked great on the page. I had a logic to it. But when Stuart delivered the initial edit, it didn’t play well at all – so fragmented it was choppy and had no pacing. What was working on the page wasn’t working for a visual medium.

I sat down with the edit, watched it several times, broke down the scenes, and shuffled them in a way they could function for a film. Our regular composer, Victoria, then put on the finishing touches with the music, while Daniel Armstrong produced the special effects (the blood splatters).

Working on the fly, constantly dealing with things going wrong or time running short, I’m proud of The Other Side of Paradise. If I had more time, or time over, there’d be some things I’d do differently (although I could say that about everything I write), as well as add a few little things, but I’m happy with what we could produce – a short action film with a story open to the interpretation of the viewer.

Just Another Week in Suburbia: The Inception