The publishing journey is about the stupidest fucking journey you could ever aspire to take. It’s like asking somebody to kick you in the crotch, thanking them for it, grinning inanely, and then asking somebody else to treat you the same. 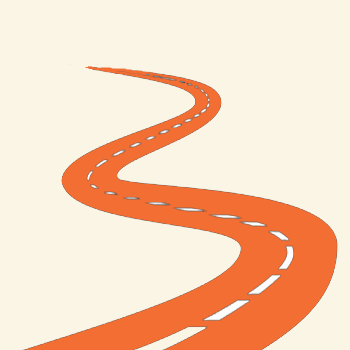 When I was younger, more inexperienced, and stupider, I held an unflappable belief I’d be published. I think most authors at a similar stage in their careers feel similarly. It’s just a matter of time. This is naivete talking. Or we can go back to that stupidity thing.

Then I got older and learned more about writing, and that my writing at that stage was shit. Not hopeless. Not without voice. But not good enough to be going out into the world representing me. I’m glad it didn’t.

I worked harder, learned more, grew, until I was writing stuff that I believed was of publishable standard. But it still didn’t happen. I wanted to quit. Fuck this. What was I in this for? The crotch kick? Over and over and over? The lack of validation?

I started to think this wasn’t going to happen. It helped me examine why I was in this business. The Stephen King riches would be great. Sharing my stories with a readership would be great. But I realized, ultimately, I wanted to tell my stories. If they never found a home, so be it.

I just wanted to write.

That took years to sort through, and demanded not only lots of introspection, but retrospection also. I couldn’t believe the importance I put on getting published, and how I had let rejections devastate me.

I also began to look at the publishing process clinically. You submit to ten publishers, you get rejected by each one, well, that’s pretty much it. You’re hopeless, right?

But the reality is you’ve probably been read by ten to twenty people. In a population of twenty-million plus. You’re giving these twenty or so people absolute power over you.

This rant isn’t to denigrate publishers. It’s just to highlight the importance that I, as a writer, put on the journey.

After being hit by car, I was left with chronic pain and severe restriction. A few weeks ago, I was taking big walks daily and feeling great. The other evening, I took a shorter walk and both my leg and foot flared with horrible pain. I was in agony and limping terribly the next two days.

I’d rather have no pain and all my function back than being published.

I see a lot of people prioritize publication over everything else. They have lots of good stuff in their life. I wonder how they’d feel if that good stuff was taken away. But, seemingly, publication is the most important. It’s not fucking true. It’s great if it happens, but it’s not the be-all and end-all.

But the arts are subjective. You’re at the whim of so many variables that you cannot control. You can be driven and great and fail. Plenty of artists have been nobodies in their own time, and only been recognized much later. Think about how many don’t even get that far – they’re great, yet get no recognition at all.

Nowadays, I get a rejection, I feel nothing. I refuse to allow to give the rejection any power over me the way I used to.

It’s cliché, but true: there are more important things in the world.

Next Week: The Publishing Journey ~ Part II with Just Another Week in Suburbia.

Just Another Week in Suburbia: The Publishing Journey ~ Part 2