I haven’t blogged since my dearest friend Blaise passed away. 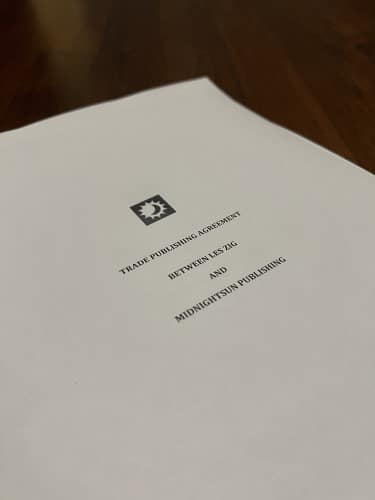 Outside of my tribute to her, writing – as a practice – just seemed meaningless.

It took a couple of months before that internal narrative began to chug again, however sporadically. It hasn’t genuinely sparked my imagination yet. There were things I was working on, and things I wanted to begin, but I’ve (since) found trouble getting into them. The best I’ve managed is some rants about football and one Star Wars review.

I’ve focused on revision – the last redraft of a new novel (which Blaise, always my primary alpha reader, was halfway through reading), and then various scripts. I’ve also gone back to another novel about grief. Some of it I nailed in earlier drafts. Other parts I woefully mis- or under-represented.

While revision presents its own challenges, I’ve always found it easier to get into than writing something new because the material is already on the page. If I have to plough my imagination for an answer, at least I already have the framework. It’s the difference between digging in an existing mine, regardless how exhausted, and trying to discover a new one altogether.

But I’ve had material out there in circulation – prose to journals, manuscripts to publishers, and screenplays to competitions. These are all projects I submitted months earlier. It’s part of my credo as a writer: always be submitting.

I believe all writing is, in some way, autobiographical – writing as an exercise is a reinterpretation of self. Even the most fantastical stories will have biographical elements.

I’d already written a memoir (which I serialized here as “The Other Me”) about my mental health journey, but I began thinking about how such a story about my teenage years could work in a novel – especially in a condensed structure. My memoir covers over thirty-five years.

I was 18 when I had my first panic attack, but I remember having periods of melancholy when I was as young as 10 or 11. Upon reflection, I could see symptomatic episodes when I was even younger.

With “This”, I roped about eight years of experiences into one Year 10 school year, and which focuses on the protagonist trying to cope with growing mental health issues as he navigates social cliques, high school obligations, and his overbearing Greek parents.

It’s one of my favourite novels because of how much of it does reflect my own life. Obviously, being a novel, there’s still a lot of dramatization in it, and there’s a lot of fiction, but I did want it to be an accurate portrayal of teenage anxiety without glamorizing it as some charming quirk (which, sadly, happens too often), some bit of eccentric idiosyncrasy (ditto), or an excuse for misbehaviour (it annoys me when people use mental health issues as a qualification of why they’ve done something wrong).

I wrote and completed early drafts back in 2016, belting it out and revising it repeatedly over three months so I could submit it to a competition. Obviously, I didn’t win.

Over the years, I’ve taken it out and looked back at it – most intensely in March of 2020 when “This” was selected for a KSP Fellowship, and I flew to the KSP retreat in Western Australia in March 2020.

For a fortnight, I worked full-time on “This”, redrafting, reshaping, tightening, while the world outside the retreat degenerated into the Covid pandemic. The first week I was in WA, Covid was still a novelty. The second week, people were hoarding and politicians were talking about border closures. Meanwhile, the novel ballooned to 92,000 words as I introduced a new subplot to underpin the story as a whole.

Now I’m pleased to announce that MidnightSun Publishing has picked up “This”, with plans to publish it around August of next year.

A big thank you to Anna Solding of MidnightSun Publishing for taking a chance on “This”.

As I’ve explained, it’s a story that’s important to me, and I’m glad it’s going to find a way out into the world.