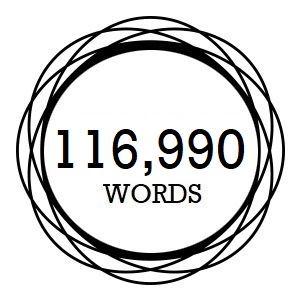 One of the hardest things in writing is being honest with yourself and, much more importantly, your writing.

The problem is sending your writing out into the world, where the following will judge it:

These forces influence the writer in different ways.

Some of my books have heavy sex scenes. I often wonder how my family feels about me producing those. Do they walk around thinking, Wow, he’s really depraved? Any number of elements in a story could stun, repulse, or frighten a family member who thought they knew the writer.

I think this sits at the forefront of a lot of writers’ minds – not the sex scenes, but that something they write could generate the sort of reaction. Because the writer’s then afraid of facing that reaction (or the reactor), they can write through a filter that dilutes their message, and keeps their relationship with the reactor safe.

Friends can fall into the same category, although some may encourage the writer to be more daring – or as daring as possible. Daring doesn’t mean being shocking, though. It just means being open, honest, and vulnerable. In Just Another Week in Suburbia Casper breaks down and cries on the floor. In August Falling, August – filled with self-pity – ensconces himself in the bathtub and threatens to take his own life. I wondered how people who knew me would respond to (me) writing those types of emotional reactions (especially as a man).

Peers can be daunting. Among writers I consider friends are Ryan O’Neill (winner of the 2017 Prime Minister’s Literary Award for Fiction for Their Brilliant Careers); A.S. Patrić (winner of the 2016 Miles Franklin for Black Rock, White City); Laurie Steed, author of the heartrending You Belong Here, whose writing wisdom, experience, and advice is highly sought in the literary community (and who, I have no doubt, will one day win an award of some magnitude); and Laura Elvery, who’s won the Josephine Ulrick Short Story Prize, the Overland Short Story Prize, regularly shortlists in competitions everywhere because she is such a great writer, and her collection – Trick of the Light – is currently being popularly received.

I doubt any Prime Minister knows me or any of my work (although the joke may be on them, since I hardly know who the Australian Prime Minister is at any given moment); that Just Another Week in Suburbia (which was submitted to the Miles Franklin) is probably now a doorstop in the office of some Miles Franklin judge; that – while I do value my skill as a structural editor – the literary community knows me as that scruffy guy who often wears a beanie and looks a little bit scary to approach; and in regards to competitions, my greatest achievement is winning Second Prize in a beauty contest playing Monopoly.

It’s a long, long, dark shadow, and you can’t help but compare and yearn. I think that’s natural. Sometimes, it makes me wonder if I could ever write something a judge (or panel of judges) would consider important.

While my books haven’t become bestsellers, or even moderate sellers (and I don’t know what one rung down is), they generally have received a good response from most of the reading public – not all, because’s that unrealistic. A writer – or artist of any kind – will never please everybody. But as a writer, you want to find your place, and I think most writers would like that place to be expansive.

I’m still trying to find my place, because it seems (given the reaction from some in the know) that I’m trying to write to a non-existent genre, or invent a new genre – literary fiction bloke-lit: that is, men going through issues, dealing with their vulnerability, and trying to find their place in the world. I didn’t set out to write that. It’s just given my own history of anxiety and depression, exploring the way people’s minds work – especially under everyday pressures – is compelling. But I think books have done this before. JD Salinger’s classic (and one of my favourite books), The Catcher in the Rye, is all about this – a kid facing his own vulnerability and trying to find where he belongs.

Finally, I’m left with the critics. The bulk of reviews for my latest, August Falling, have been strong, and it’s pleasing to see that the critics have appreciated what the book’s doing. A handful of critics haven’t. It makes me wonder if I could write a book that would ever please them, or whether that would be selling out. Well, of course it would be. You shouldn’t write to please a critic who hasn’t liked your work. You should aspire to punch their head in. Well, maybe not. But it would make a great scene for Hank Moody in Californication.

All these influences surround a writer, and tug at the writer, and – sometimes unwittingly – influence their writing. It’s hard to find and stay true to your own unique voice and the story you want to tell.

But I’ll keep trying, and let whatever happens around me (and my writing) fall where it may.