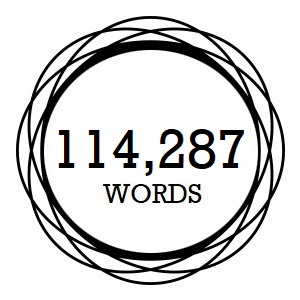 When you’re published, it’s usually a good idea to not read the reviews. That means don’t stalk a reviewing platform such as Goodreads. The logic is that no matter how many good reviews you have, you’ll focus on the bad ones. It’s human nature.

And then we check out the reviews.

I envy people who can just not worry about it. But it seems most can’t.

Writing is intensely personal. You have this idea you want to develop into a story, and you want to share that story with the world. Finding positive reviews is both gratifying and euphoric for 5.37 seconds. Unfortunately, negative reviews have a greater impact. Attacking somebody’s work is like attacking the author. I imagine it’s the way a parent would feel if somebody told them their kid’s an idiot.

I break up bad reviews into five categories:

Valid and Constructive Criticism
With some bad reviews, the reviewer provides legitimate constructive feedback as to why the story doesn’t work for them. I recall in one of my early reviews for Just Another Week in Suburbia, the reviewer asked some questions about the construction of the world. I believed most of the answers were in the text, but it did make me think that sometimes I might need to set up and explain some things better.

These reviews can be fantastic, as well as learning experiences.

The ‘Not For Me’ Review
My friend, Ryan O’Neill, got a one-star review for Their Brilliant Careers – the book which won the 2017 Prime Minister’s Literary Award for Fiction. I messaged the reviewer and queried why they didn’t like the book – I was just curious (and have done this occasionally with friends’ books). The reviewer told me the book was too ‘high brow’ and they’d stopped reading it at page 12.

I have no problem with readers abandoning books, or not clicking with a story – it’s going to happen.

However, I don’t think that reader should be entitled to rate and/or review the book, then. They just haven’t read enough of it to give it a fair assessment.

The ‘It Wasn’t What I Thought It Was Going to Be’ Review
A friend got a review that labelled his book as ‘grim and bleak’. The problem is that his book is grim and bleak. It’s meant to be. That’s the story.

Reading the review, it felt as if the reader had picked up his book expecting it to be a light-hearted romcom and, when it wasn’t, they slammed the book.

Again, I don’t think this is fair. The book should be judged on what it is, what it sets out to do, and how well it accomplishes that – not on how it fails to live up to a misperception.

The Aristocratic Review
Books are important. They can do – and provide – so many things, from recreation to education to enlightenment. That’s all great. But some reviews read as if the reviewer has condemned a book for its lack of literary ennoblement, as if the reviewer is the guardian of some literary elitism and has deemed the book unworthy. Then comes the criticisms, which might seem valid but are masked under that agenda of condemnation.

These reviews can be nasty. And totally misguided.

The Troll Review
Unfortunately, some people use the net as a shield to just be negative, and try to stir trouble.

I believe reviewing is a tremendous responsibility. Somebody has gone to a lot of effort to create something. Now that doesn’t indemnify that work from criticism, but it should at least entitle that the criticism be thoughtful, valid and justified.

I generally don’t let (bad) reviews bother me anymore (although I might joke otherwise). Every artform is predominantly subjective. Obviously, there’s a point something fails to work, and that piece is universally criticised. But, otherwise, we all have different tastes, standards, and expectations, so we’re all going to see things differently.

I saw enough good reviews for JAWiS that they offset the negative reviews and taught me to accept the greater opinion. Still, sometimes the negativity invites questions, such as …

Q. Could the book have been better?
A. Well, probably not at the time I was writing it. But as a writer, I’m always developing, and would do things differently today than I did yesterday. (Of course, that doesn’t necessarily equate with ‘better’.)

Outside of reviews, I’ve also had people contact me privately – via email, or through social media – telling me they enjoyed it. I’m grateful for the positive feedback it and August Falling have received.

That eclipses the bad.

It doesn’t mean the bad doesn’t sting, or isn’t remembered – particularly when it borders on vindictive.

But that might be a rant for another time.