Before I start my blog in earnest, here’s a look at the cover (click to enlarge) for my new novel, August Falling, due out sometime in September with Pantera Press.

The past.
Sometimes we can’t escape it.

After a bad relationship, August is trying to piece his life back together. It’s not perfect – his flat is small, he works in a call centre, he can’t finish the book he’s working on, and he’s socially challenged when it comes to women.

When August meets Julie, he finds she’s everything he isn’t – confident, composed, and purposeful, despite her troubled childhood, and with her, August finally begins to feel he can be himself.

But Julie has a secret – one that threatens to plummet August right back into the miseries of his past.

August Falling isn’t a love story, but one about acceptance, choices, and finding a way to be ourselves.

You should go out and get it. Demand it. It’s not printed yet. But demand that it is. Then demand it.

Anyway, I’ll write more about August Falling in the coming weeks. For now, it’s back to my work-in-progress, and the issues I’ve faced this last week. 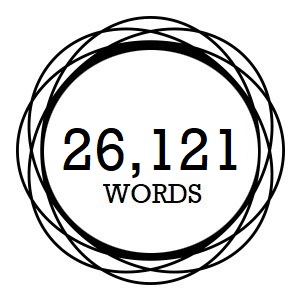 Somebody asked how me much writing I’d done this week.

‘Why not?’ she asked me. ‘What have you been doing with your time?’

There’s a massive preconception that writers just sit down, and everything spills perfectly formed onto the page. All you need is an imagination. That’s it. Don’t worry about structure, plot, arc characterisations, clarity of expression, etc. It’s not even a question that those things are required, or that they exist. It’s imagination and nothing else.

I try to write every night. Some nights, it comes flowing, pure and right and beautiful.

Other nights, I struggle to get into it – not only can’t I find the right words, but the right ideas to get me back into the story. It’s like being a voyeur, trying to find the best way to peek in so I can translate what’s going on, but sometimes the view isn’t right. Then what? I can try write what’s happening from my vantage point. Sometimes it might open a better view. Other times, it’s a patchwork fix. Most times it’s just not good enough – especially for somebody as obsessive-compulsive as me. So I’ve got to keep probing until I find the view I need, even at the risk of all it collapsing under me.

Then there’s other times I don’t even realise that it’s not good enough, and I write obliviously. Like every writer, I have an internal gauge of what’s working and what doesn’t, but sometimes that’s awry. I write some scene, think I’ve got it working, then am taking a walk, or washing the dishes, or am lying in bed about to drift off – it’s always once I’m away from the computer (I believe this happens because it’s only then the pressure is off me and I start seeing clearly again) – when it occurs to me that, nope, that didn’t work for whatever reason, and I need to fix it. So then I’m back at it, either trying to make it work, or deleting it and starting over.

On other occasions, the scene itself is right, but the prose isn’t. Usually, I wouldn’t bother revising until the draft is completed, but sometimes it’s such a mess – and a mess might’ve been the only way I had to get it out so I had something to work with, as vomity as it might appear – that it does need mopping up. Or if might contain idiosyncrasies that I’m trying to unlearn as habits, e.g. words I overuse, or repeated turns of phrase. Every writer has them.

And other times a reread of a scene shows it’s underdeveloped. Again, it’s something that I’d usually address in revision. But other times, it just needs to be done because it helps as a foundation for what’s meant to come. Without it, I’d just be building on air. And that’s never going to turn out well.

Or something else that regularly pops up is the need to foreshadow. I’ll be up to a scene and think, Wait, this does need a little bit of setting up earlier. An example is an incidental character – a barmaid the protagonist worked with – this week gained some backstory that she was an aging but (still) aspiring actress. The second scene in which she featured came out fine. But I had to go back and seed some of this new information into her introduction (originally written five weeks ago), even though that was only a paragraph, and it wasn’t going to get much bigger than that.

Or, for all the work of my imagination (imaginations are teases, all alluring and seductive, until you engage with them, only to find they’re difficult, uncommunicative, and – sometimes – not what they first appeared), it just doesn’t want to translate. It’s like watching one of those mediums who operates in abstracts and being left to interpret it. I see somebody tall and fair. It could be a mother figure, or an aunt. Or a cousin. Geez, I don’t know. Sometimes only retrospect does.

And, sometimes, I’m just so blocked up by all the doubt and confusing, that I struggle to produce anything at all.

There’s just so much that could go wrong, and it vastly outweighs what could be going right and what – in a first draft – does go right. The odds are up there with winning a lottery.

Writing takes a lot of building blocks, and it’s not always building up. Sometimes, it’s replacing blocks. Other times, it’s strengthening a section of a wall. And other times it’s improving the foundations. Not all of them will reflect in the word count – not in any substantial way.

But they’re just as important.

Last Week’s Lie: Shockingly, I’ve never been arrested for drunk and disorderly, even for research.