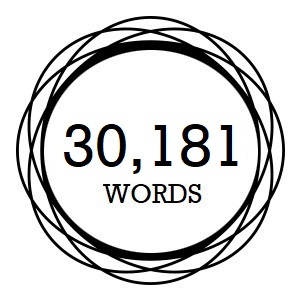 If you’re connected to me in some way through social media, you may already know this: Just Another Week in Suburbia has been optioned by Truce Films, who are interested in trying to turn my novel into a television series.

Some people might think an option is a guarantee that a property will be realised on the screen. It’s not. An option allows the company a period of time to try to get a project up off the ground. This isn’t easy. In the US, they might throw money at something and give a greenlight to make a pilot, but Hollywood is Hollywood for a reason.

In Australia, getting anything up off the ground isn’t easy because the money just isn’t there the way it is in the US. Ask any writer, director, producer about the battles they face trying to get their projects off the ground. Last year, I attended a screenwriting workshop where an established producer told us that, on average, it takes eight years to see a project go from inception to appearing on the screen.

That’s all the negative stuff out of the way.

I had coffee with Jim Wright from Truce on Monday morning, where he apprised me of what they were doing, and what they’d prepared. That was exciting – and flattering (whatever happens). As was the news that Chris Hemsworth could star. And I could definitely see JAWiS working on the screen in a similar way to Christos Tsiolkas’s The Slap did (which was then picked up in the US and remade – Melissa George actually played the same role in both versions).

When I was younger, I tried to get into screenwriting. I was intensely passionate about it, and would’ve done anything to succeed. Most young writers (and artists) burn that way, whatever their field. It’s about succeeding at all costs, and every setback – every rejection – becomes a personal attack. Because writing is personal. You produce something only you can produce as a writer. It’s your story. They’re your characters. It’s you. So, naturally, rejection feels like a slight on not only your abilities to tell the story you want, and not only on you as a writer, but on you as a person.

I wasn’t very well equipped to deal with what you needed to do once a screenplay was finished. To tell the truth, the same applied to my prose. Lots of times (most of the time), stuff just sat there. I didn’t pursue submission the way a writer should, which is to submit, submit, submit. Get rejected, then it’s submit all over. That’s only a side to my writing that I’ve developed over the last ten years (since I studied as a mature-age student for a tertiary qualification). And it easier now, because the bulk of submitting is done either through email or an online submission interface, such as Submittable.

But as I’ve developed that side, that fanaticism for success has declined. That’s not to say I don’t want to be successful. Every writer would want their own qualification of success. And that’s not to say I wouldn’t do everything required to make something the best it can be or to give it every chance of success. That’s become ingrained in me. But (for the want of a better word) it doesn’t sting as much if these things don’t happen. I’m older, I’ve gone through things, I live in chronic pain thanks to being hit by a car back in 2011, I’ve had people close to me either pass way or lose people close to them. It puts material success into perspective. There are things more important. Unfortunately, most people don’t realise that until those things are lost.

I’m thrilled, excited, ecstatic – all the adjectives – that JAWiS has been picked up, and I hope it does become what Truce envision, but I’m still keeping everything in perspective.