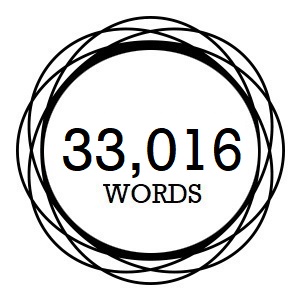 Films, television series, and books ultimately come down to the same thing: the written story.

Something that is beginning to annoy me in storytelling – particularly in film and television – is the use of flashbacks.

To the best of my knowledge, JJ Abrams’ television series Lost popularised the use of flashbacks to introduce backstory. Lost has an ensemble cast of characters. In the two seasons I watched (before the constant baiting and switching turned me off), each episode would focus on somebody different. Throughout that episode, we’d get flashbacks about the character’s life before they got on the island.

A younger, much-less cynical version of me enjoyed this – especially the backstory of John Locke (played by the always-excellent Terry O’Quinn), which revealed that (spoilers) prior to life on the island, he’d been confined to a wheelchair. The island rejuvenated him. That reveal was cool, and contributed to the mystery of what was happening in Lost.

Another more-recent show that relies on the flashback as a driver is Orange is the New Black. The first season (based on a memoir) is excellent, the flashbacks used to show the lives of the principle characters before they were prisoners. Season two (no longer based on a memoir) started to taper. Season three was terrible, and season four made me wish I was in prison with no access to television. Throughout these latter two seasons, we’d exhausted the main characters, and were now seeing flashbacks of peripheral characters.

In this case, the flashback is existing for the sake of existing, and if it is going to exist, then they need to find a reason to use it, which meant exploring the pasts of characters who have as much importance as the prison’s walls, floors, and doors. How about flashbacking those? We could see their construction. Give each stone a different voice. Have the concrete speak with a slur. Well, maybe not.

Unfortunately, flashbacks are running amok. I recently finished the first season of the Lost in Space reboot, which also relied on a variety of flashbacks. Most of it would’ve been much more interesting to see happen as it was happening. But, no, building anything chronologically is apparently too straightforward.

I watched the first season of The Handmaid’s Tale, which also employed flashbacks – some of them were interesting, although I’m unsure if we really needed to see them. Do we desperately need to know why the US has become what it has in that universe? Doesn’t it work just as well – or even better – by simply being absolute? Other flashbacks throughout the series fell into convenient deliverers of backstory, or arming us with information we don’t really need.

And it feels lazy.

Introduce a character in the present, and instead of having to set up anything, instead of using any form of clever foreshadowing, instead of building a formidable linear narrative structure, just revert to a flashback to explain what’s required – to justify why the circumstances in the present exist. And, as a viewer or a reader, we’re just meant to accept that this all fits together like jigsaw pieces to give us a fuller picture when, in truth, a lot of it is redundant.

As formerly an editor, I would always look for things I could cut. (In school, I was nicknamed ‘The Slasher’. My editor, Lucy Bell, is actually nicknamed ‘The Butcher’. During a drunken escapade in Sydney trying to live up to our names, we mauled the tyres of every parked car in a parking garage.) If I could cut something, and nobody noticed it was missing, then it didn’t belong there.

Used well, flashbacks can not only complement a story, but provide an entirely new context. But now, they often seem either like convenience or gimmicks. If they were removed, would anybody notice?

Having written all that, I’m using flashbacks in TFSoLY.