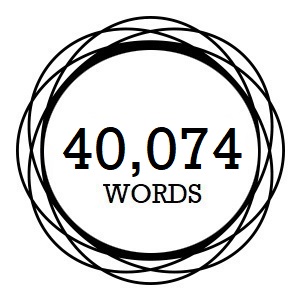 Last weekend, Pantera Press flew me over to Canberra for the Booksellers Conference. The conference is like an expo, with all the publishers having stalls. Booksellers go from stall to stall to see what each publisher has coming out. Myself, and another Pantera author, Meg Gatland-Veness, pitched our books to the booksellers who visited our stall. 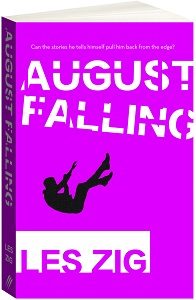 August Falling is the story of August, who’s just come out of a bad relationship. His life is in disarray. He’s the sort of guy who hates waking up in the morning, and dreads every moment of his existence. But then he meets a woman, who would seem to be perfect for him. This is usually where you’d go into the fairy-tale romance and everything would end happily ever after. But the woman has a secret – one that threatens to destabilise August’s life even further. So while I’ve made this sound like a relationship story, the relationship is actually ancillary to what’s happening. This is a story about somebody who’s flawed and vulnerable reaching deep into himself to find the courage to go on, to make peace with himself, and find his place in the world.

Would you read it given that pitch?

Interestingly, when I talked about the ‘woman of his dreams’, I saw some eyes glaze, which I thought was natural: not another quirky rom-com. It’s what I’d think, and a big part of the inspiration as to why I wrote this book. I wanted to do something opposite to those stories. But as far as the pitch went, I realised this became a good contrast for what came next – the secret, and August’s life potentially unravelling. That elicited a few oohs and ahhhs. They wanted to know.

Pantera’s Marketing and PR Director, Anabel, remarked to me that August Falling is a dark story. That surprised me. While writing both these novels, I never thought of Just Another Week in Suburbia or August Falling as ‘dark’. Both go to dark places, but I hoped to complement that with humour and wryness, because that’s what life often is: funny. Funny funny, funny strange, funny dark, etc.

It also makes me think of the new one, TFSoLY, which I knew – going in – was going to be dark. Casper and August are, in their way, followers. Casper’s life falls apart because of his discovery. August has always struggled to fit, and circumstances have widened those cracks. They’re trying to work out what to do. They do struggle with adversity. But that’s part of their respective journeys. They’re also both creative, and have that constant inner monologue of chatter. But Luke is different. Luke is hard and straightforward and stoic.

TFSoLY hit the road like a meteorite last week – gaining momentum, leaving a fiery wake, and then stopping and being buried, due to a scene involving a prison visitation. I researched prisons through Google and YouTube, then asked a friend, immensely talented crime author JM Peace, about the area I was interested in.

JM provided me with invaluable help with JAWiS – there’s a legal situation that comes up in the story that I’d totally misrepresented, and through her help I was able to fix it. (The scene in question was actually cut due to her feedback.) In this case, she told me she had limited experience with what I needed to know, so took a few educated guesses. I then spoke to a client who’s a lawyer; she knew about everything firsthand and gave me fantastic detailed information.

I’d written over one thousand words delving into the visitation and then hit that block where I didn’t know if what I was doing could really happen, if it – at the very least – could be probable, or if it was an impossibility. The new information enlightened me that it was the latter. That was okay. I didn’t want anybody reading this book and having their suspension of disbelief ruptured by something that couldn’t happen, and I couldn’t keep writing knowing a vital plot point was untrue. So I’ve had to cut, modify, and reset, which accounts for the little progress I’ve made this week with the word count.

In the end, I want the story to feel true.

That wasn’t something I felt in relation to the book I brought to read on the flight up to and back from Canberra. From the opening sentence, I struggled to get into it. I had to reread the first ten pages three times to track what was going on. Each time I reread it, I picked up something I’d somehow previously missed, which helped provide context. For whatever reason, I’d blank-out as I was reading and miss vital information required to understand what was going on.

The night before the conference, Anabel, her assistant Anna, Meg, and I, had dinner at a restaurant, just across from where Malcolm Turnball, Michael McCormack, and several other members from the Liberal Party were busking for loose change – what they wanted it for I have no idea. Anabel and Anna had just given Meg her debut book, I Had Such Friends, which is being released 1st August. While they chatted, I grabbed the book, read the blurb, then read the first page.

It would be easy to think I’m shilling for a Pantera stable-mate, but most people who know me would know that I don’t give out praise indiscriminately. The first page engaged me immediately; the opening was interesting, and the voice sharp. In another setting – if I’d had this on the plane, or if I’d been reading in the comfort of my hotel room – I could’ve easily read on.

I think voice is the most important thing in writing, as well as the truest. A good voice can sell the lamest story, and a bad voice will fail to sell the greatest story. As far as reading goes, sometimes it’s simply about just not connecting with a voice – that might’ve been the case with the book I brought for the flight. It might be a fantastic book. It just might not be for me.

But I always enjoy finding a book that speaks to me from the very first line because I know no matter what happens on the ensuing pages, at least I can have a conversation with this book.

Because that’s what reading is: it’s a conversation – the author telling you a story while you keep asking questions, the most important being, What happens next?

And that’s why you turn the page.

Last Week’s Lie: Um, yeah, there is no They.