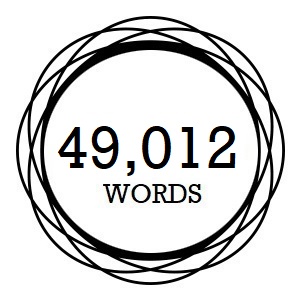 Something I get asked often is how I’m so prolific. People query me like I must have some magical solution. But the answer is simple: I sit down and write.

But what we all share in common is that, at some point, we have to sit down at a computer or laptop, or at a typewriter or a notebook, and we have to write.

And I can guarantee that at some point any or all of the following will happen:

Early as a writer, I experienced all of the above – repeatedly. In the early 2000s, I had lots of unfinished screenplays. Then I made a conscious decision to sit down and finish whatever I started, and if another, more-appealing idea came along, to file it and stick with what I was doing, no matter how much it bored or frustrated me, or how much I doubted myself.

Eventually, what I taught myself through this routine was to accept those states of mind weren’t an indictment on writing, but just natural and occasional thought processes. If you’ve ever been in a relationship, you’re not always in love with the person – sometimes, your partner frustrates you, angers you, bores you, etc. But it doesn’t mean you ditch them because of it. (Well, for most.)

I’ve built up endurance that sees me through just about anything. I know that when I sit down to write something, I will finish it – it’s just a matter of time. As far as this one goes, there’s been lots of wrong turns, lots of questioning what happens next (although I always seem to know what happens in the scene after), but I accept those states as they help me find the trueness and thrust of the story.

None of this is meant to bignote myself. Everything I’m writing might be terrible.