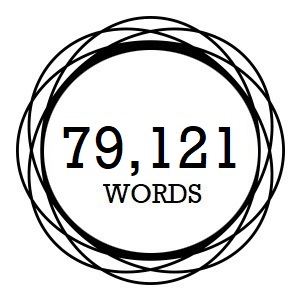 Last Wednesday, I emceed the launch of Blaise van Hecke’s memoir The Road to Tralfamadore is Bathed in River Water. Here’s some of the praise for my efforts:

‘One of the unheralded emcees in entertainment today.’
– Variety

‘A delight from start to finish.’
– Oprah Winfrey

‘On this performance, surely an outside chance to host the 2019 Oscars.’
– Empire

But that’s hardly surprising. However, this is a blog not about emceeing, but about memoir and autobiography. (If you’re wondering what the difference is between autobiography and memoir, an autobiography might be about somebody’s life, while a memoir will be about a certain time or a certain thing in that person’s life.)

When I subcontracted as an editor a quintillion years ago, I saw a lot of memoir and autobiography. A lot. And that’s great, because I believe everybody does have a story to tell. But a story is more than the sum of one’s life.

One thing I’d see popularly were autobiographies that were episodic – each chapter would be about something different. There’d be no chronology, so it could make them confusing to read.

Other autobiographies were sprawling tales of the years. They didn’t frame a story. They were just a recount of everything that had happened in that person’s life – and sometimes, what had happened before they were born, as the parents’ lives were also explored for context.

I love reading good memoirs and autobiographies, because what makes people become who they are fascinates me.

The best memoir I’ve read is tennis legend Andre Agassi’s Open, which looks at Agassi’s upbringing, his career, and him finding the person who he wanted to be – there’s a definitive arc there.

That’s important in memoir/autobiography/biography. What’s the story about? Agassi’s is about him taking responsibility for his own life – it mightn’t sound like much, but given he had a tennis-obsessed dad who drove him as a child, and then people around him who took care of him, it’s gratifying when Agassi claims that ownership.

Agassi also holds nothing back. I admire him for baring all, because a lot of his earlier life isn’t pretty, and some of it is vain (e.g. did you know that great mop of hair he paraded as a young tennis player was actually a wig?). But it’s that journey that makes him who he is. Unfortunately, a lot of memoirs – especially of celebrities – just become press kits. The celebrity is tentative to open themselves up, because it could invite criticism, or tarnish their reputation. So instead, the stories are designed to sell them.

When I serialised my blog The Other Me, it was about my battles with neuroses, and how I’ve come to something of a truce with them. I hoped each instalment held nothing back (at least in relation to me). The purpose of The Other Me was to show others suffering silently with neuroses that they’re not the only ones, and it doesn’t have to shape their lives the way it did mine as a teenager, as well as in my twenties. That was my story.

If you’re going to write a memoir/autobiography, think about what your story is. 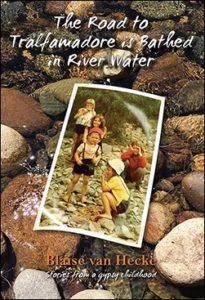 Blaise’s The Road to Tralfamadore is Bathed in River Water explores her childhood growing up on something of a hippy commune, Tralfamadore, in the 1970s. The book employs a series of self-contained vignettes that can be ethereal, but they engage because each has an arc, they contribute to a greater story, and she’s open about her life – all this viewed through a child’s eyes of wonder.

She has some strong puffs on the back of the hardcover, too:

‘A beautifully rendered portrait of a place and time, a family and a community. Nostalgic, tender – and yet clear-eyed.’
– Inga Simpson
Understory: a life with trees

‘I love this book. It is at once magical and real, both earthed and enchanting. It captures the innocence and spontaneity of a child’s view of the world, tempered by the child’s wry, sharp, affectionate observations on the antics of the wayward, loving, flawed, yet wise adults that weave in and out of her life. It was a joy to read.’
– Arnold Zable.
Writer, novelist and storyteller.

‘A dreamy excursion into an amazing way of life that captivates and mesmerises, and will challenge everything you know.’
– Lazaros Zigomanis
Pride

That’s some heavy-hitting endorsement. Well, Simpson and Zable are heavy-hitters. I don’t know about Lazaros.

Anyway, those who know me know I don’t freely endorse things. As I’ve grown older, I’ve also grown the teensiest weensiest bit intolerant with stories (in whatever form, be they movies, television, plays, books, mime, etc.) that I don’t think are particularly good (especially if they’re getting raves), but here’s one I’m heartily recommending.

Pick it up and give it a read if you get the chance.