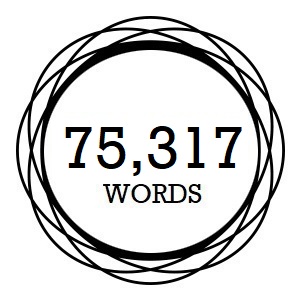 With the release of August Falling imminent, I’m bracing myself for the reviews.

In theory, as an author it’s best to stay away from reviews. You can have ninety-nine great reviews, and one bad one, and you’ll focus on that bad one. Also, places that invite mass reviews become an open slather. While there are some thoughtful and constructive reviews, there’s also some that aren’t, or books that are rated lowly unfairly.

For example, a friend’s book got one star. One star. Must’ve been a shocker, right? But I found out that the reviewer read only twelve pages and felt the book was ‘too high brow’ (the reviewer’s words), so she ditched it. Reading one/thirtieth of a book should exclude you from being allowed to review or rate it.

I’ve read reviews where people have condemned books for not being what they wanted it to be. Oh, I thought this was going to be a romcom, but it turned out to be dark. How is that the book’s fault? The reviewer has prejudiced their expectations, and smashed the story for being about something else. (The italicised section is not an exact quote – I took liberties, so that book, review, and reviewer may all remain anonymous.)

I have also recently seen books pilloried for their formatting. This book didn’t work on my Kindle, so one star. What the fuck? How is a book not working on an e-reader the fault of the book, the author, or the editor? How can that book be honestly rated?

Surely reviewing platforms should have a ‘DNF’ (Did Not Finish) option that excludes rating a book. That’s only fair on the book and the author.

For example, here’s a so-so fact: I’ve never finished The Great Gatsby, which is considered a classic. I got about halfway through and just couldn’t connect to it. Sometimes you don’t connect with books just because you’re tastes aren’t aligned. Sometimes, it’s not the right time to connect with a book. So I put TGG aside, thinking that one day I would pick it up and give it another shot. On what I have read, I would never, ever rate it or review it.

It’s also important in the appreciation of any artform – books, film/television, music – to try to recognise what the creator’s intention is, and review and rate it on how successfully it’s achieved that intent. If possible, step outside your own tastes when reviewing or rating a book, e.g. there’s been plenty of books I just haven’t connected with, but where I recognise that they’re well-written and well-plotted. My disconnect is a matter of personal taste, rather than a criticism of the writing.

If a reviewer goes in with prejudices – because it’s not the sort of thing they’d usually indulge in, because their expectations and/or preconceptions aren’t met, or just because they want to cut down something that has been getting good reviews – then the reviews are going to be skewed.

I know a number of authors who refuse to go anywhere near reviewing platforms, out of fear how negative reviews will affect them. But I also know reviewers who tiptoe through these platforms, looking for the gratification of a satisfying review.

As somebody who’s done the latter, the gratification lasts about 3.5 seconds.

So what’s the best way to deal with bad reviews? Well, some reviews will contain justifiable criticism, which is always worth taking on board. One of the early reviews of Just Another Week in Suburbia asked some interesting questions about the construction of the premise, which I took on board for future writing. (I thought the answers could be inferred from the information available, but also appreciated that maybe their set-up could be a little more straightforward.)

But as for the bad reviews? The shockers?

Befriend the reviewer. Get to know them. Get to know their viewpoint. See where they’re coming from. Earn their trust. Go out for coffee. Have a chat. Find some common ground. Sprinkle some cyanide in their coffee when they’re not watching. Raise a toast. Drink. Bid them farewell. And feel a lot better.