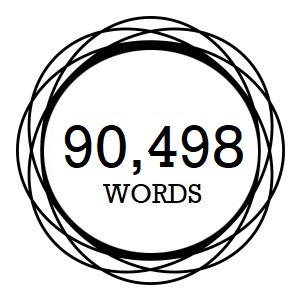 On the evening of 30 June 2011, a car struck me as I crossed the street, breaking my right leg and dislocating my ankle. From the onset, the surgeon cautioned me that this was ‘a very bad break’, but I had no idea what that would ultimately mean.

A lack of feeling in my foot caused some concern, but from the onset doctors were focused on the swelling. An x-fixator (like a scaffolding) was screwed into my leg to hold the bones in place. The surgeon told me he couldn’t operate while it was so swollen, because there might be a problem closing me up again, which would lead to all sorts of new issues.

Ten days later (and I was confined to the bed this whole time, with eating, washing, and toiletries to be performed from here) the surgeon declared the decrease in swelling good enough to operate so he could insert plates. After the surgery, the leg, ankle, and foot blew up tremendously again. When the surgeon checked me the next night, he commented, ‘It [the leg] really didn’t like that [the surgery].’

The next day, a physiotherapist visited me and taught me how to use crutches. She estimated that it would be about three months before I was walking again as normal, and another three months to rebuild the strength in my leg.

Up until this point, it seemed that the break would heal.

But over the next six months, they discovered significant nerve damage (one of the broken bones had apparently hooked the nerve and stretched it), and then the leg developed Complex Regional Pain Syndrome (a disconnect between the injured area and the brain, and the way they communicate).

I had exercises to perform three times a day, but also had physio at the hospital twice a week, hydro-therapy three times a week (first at hospital, then at the local pool), would see a hospital psychologist to prepare for a life of dealing with chronic pain, do retraining to try and get my brain and my leg communicating accurately again, and then had a nerve block done (a huge needle shooting anaesthetic into the nerve in my back that ran down to my leg) in a half-day procedure once a week for ten weeks.

This was also when I decided to write Just Another Week in Suburbia.

I can only imagine my mindset informed my writing at this time, and perhaps was even a subconscious means of processing what had happened, the complications I faced, and exorcising the anger at being struck while crossing the street with the right of way, and being left with the repercussions of that for the rest of my life.

And this is the scene that emerged …

I get the sledge from the garage, come back to Vic’s door, ring and ring and ring the doorbell. Vic’s footsteps thud down the hallway before the last ring has faded. The door swings open again.
‘What—!’
I thrust the handle of the sledge into his midriff. Breath explodes from his mouth. He clutches at his stomach and doubles over. I shove him by the shoulders. He upends, falls onto his butt, and curls into a foetal position. I step into the house and close the door behind me.

My rehab went on for two years, and would also later incorporate additional requirements, like attending pain seminars, and learning to remould life around my right leg’s new normal – no longer being able to run, very little flexion in the ankle, constant numbness and pain (that would sometimes become excruciating), and (due to the nerve damage) clawing in my right foot.

It wasn’t long after the hospital discharged me from their system that the Hachette Manuscript Development Program selected JAWiS.

What I’d originally written must’ve been cathartic, though, because when I sat down to perform the major structural revision, I had no problem cutting this scene and writing in something new.

It had served its purpose and no longer fit.