The first two Superman movies are brilliant because director Richard Donner understood the source material, and had a genuine vision to interpret the character to the screen (unlike some, who simply preferred to turn the character into somebody else under the guise of a contemporary update). 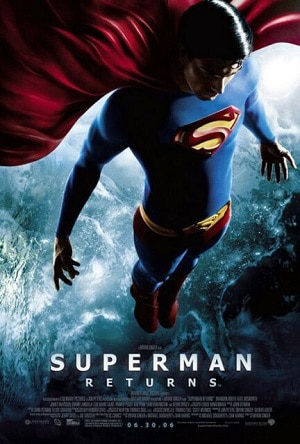 I don’t think any other interpretation of Superman has been as faithful or accurate. Smallville (2001 – 2011) comes closest, but is the story of Clark Kent (Tom Welling). Superman makes only a fleeting appearance at the end, although actor Tom Welling – like his big screen predecessor Christopher Reeve – certainly emits the wholesomeness, nobility, and purposefulness the character needs.

Donner worked on Superman (1978) and Superman II (1980) concurrently, but was sacked due to creative differences with the executive producers (and owners of the property) Ilya Salkind and Alexander Salkind just as he was wrapping up the first movie. The Salkinds hired Richard Lester to complete the second movie, although he had to reshoot a lot of it in order to receive a director’s credit.

Through Superman II you’ll see Lester’s comic flourishes. While Superman has some campy bits as it feels its way into the genre (as the first genuine cinematic superhero entry), Lester’s humour delves into the silly. For example, when the Kryptonians use their super breath to clear the street of angry civilians, a man in a phone booth is blown over while making a call, and continues to talk as he’s blown away.

Lester was given full control of Superman III (1983), and while the movie has some great moments, it’s tonally inconsistent and also occasionally slips into farce.

Contrary reports surround the limited use of Margot Kidder as Lois Lane. Kidder claims it’s because she was outspoken about Donner’s firing, while the producers assert there just wasn’t anywhere new to go with the Lois Lane character.

In the commentary for Superman II, Richard Donner talks about Superman III being a Richard Pryor movie in which Superman guest stars. That pretty much sums it up.

Superman IV: The Quest for Peace (1987) is the last movie in the original franchise – a terrible entry whose budget was drastically slashed due to the studio’s financial struggles. However, even if the money was there, the story is not.

Gene Hackman returns as Luthor, along with his nephew Lenny Luthor (Jon Cryer). Lenny surely is the template for Batman vs Superman: Dawn of Justice‘s Lex Luthor (Jesse Eisenberg).

Lenny breaks Lex out of prison, and then they create the villain Nuclear Man (Mark Pillow), who’s invincible as long as you don’t throw a blanket over him and block his access to the sun, from which he gets his power. There’s also a message about nuclear weapons being bad.

After this, Superman went into developmental hell.

Writer/director/producer Kevin Smith tells a hilarious story on YouTube about being retained to write a new Superman movie. When asked who he thought should direct, he suggested Tim Burton. Burton disliked Smith’s script, but liked the project, so out went Smith.

Burton tried to develop the property featuring Nicolas Cage as Superman. There is a documentary, The Death of Superman Lives: What Happened? (2015), about their endeavours, which can also be found on YouTube.

Superman went through several more failed incarnations, before being picked up by Bryan Singer, who had an interesting perspective of where to take the story.

Superman Returns (2006) is meant to be a direct continuation of Superman II, ignoring Superman III and Superman IV: The Quest for Peace.

The premise is that Superman believes there might be Kryptonian survivors, so returns to where Krypton was. It’s gone. And the story opens with him just coming back to Earth after an absence of five years.

The world has moved on. Lois Lane (Kate Bosworth) is engaged to Richard White (James Marsden) – the nephew of editor Perry White (Frank Langella) – and it seems they have a 5-year-old son, Jason (Tristan Lake Leabu).

Enter Lex Luthor (Kevin Spacey), who steals Superman’s crystals from the Fortress of Solitude, infuses one with Kryptonite, and fires it into the North Atlantic Ocean. A new continent rises from the sea floor, threatening to kill billions. Yep, like Superman, this is about Luthor’s real estate dream.

Superman thwarts the plot, and finds out that Jason is actually his son.

There’s more, but that’s the thrust of the story.

Everybody jokes about how Superman hides his identity: he wears glasses.

In one of the comic book stories, they expanded on the premise: Clark’s glasses are built from the glass in the rocket that brought him to Earth, and help him project his identity upon people as a low level form of mesmerism. When he’s Clark, people see him as Clark, rather than Superman.

I think that’s pretty neat, given this has been an ongoing issue in the Superman mythos. I wish they’d carry over that sort of explanation in any of the interpretations.

The bigger problem in Superman Returns is that this story sets up that Superman’s left Earth for five years. As cover, it’s said that Clark goes on a sabbatical.

And then both return on the same day: Clark returns to the Daily Planet, and Superman returns to save a plane.

How does nobody at the Daily Planet find this curious?

At least in Superman, Clark’s arrival and Superman’s debut seem to be separated to some small extent. In this case, the only person who should be curious is Lois Lane, as she’s the only one who immediately interacts with both. Jimmy Olsen (Marc McClure) only meets Superman at the end.

Now, Clark returns, Superman returns, and nobody at the Daily Planet questions it.

Superman usually runs two plots: one will focus on Superman’s objective, and the other on Clark’s.

The problem in Superman Returns is that Superman takes both plots: he must stop Lex Luthor, and he reconnects with Lois Lane.

While Clark makes a return to the Daily Planet, everything he does is superfluous. If you took him out of the movie, it wouldn’t affect the story at all.

And that’s what they should’ve done.

Superman Returns would’ve worked better if it focused purely on Superman’s return, and didn’t even bother with Clark.

This was meant to relaunch the franchise, so the second movie could’ve dealt with Clark coming back.

In Superman, the real estate plot makes some sense. Lex Luthor has bought up worthless land. He reprograms the course of a missile so that its detonation will trigger the San Andreas fault-line and sink the coastline into the sea. His land then becomes prime real estate.

The only one who’s aware he’s doing this is Superman, and Luthor plans to kill him.

In Superman Returns, Luthor creates a new landmass from Superman’s crystals. But it’s all rock. The scene that takes place on the new landmass shows it as jagged and inhospitable.

Who’s going to want to live there? Is there even going to be a need for it given Luthor’s plan will kill billions? Wouldn’t the US government – or any other government – just take it from Luthor? He’s one person with a handful of ruffians. He’s hardly going to withstand armed forces.

It just seems as if the plot is going to lead to complications that would ensure Luthor could never benefit.

In Superman, Lois Lane writes an article about why the world needs Superman.

Here, Lois has won a Pulitzer Prize for a follow-up article, “Why the World Doesn’t Need Superman.”

That might make sense if, well, Superman wasn’t needed almost the instant he returns.

He then has to deal with the fact that Lois is engaged and has a son.

But, as the story unfolds, it turns out that Jason is his son, but what’s the point? Any emotional wringing such a scenario could’ve generated is non-existent because he’s never cast into that role.

Moreover, I’m not sure it’s territory Superman needs to explore – although I know the new series, Superman and Lois (2020), is going to focus predominantly on that.

If I want to watch troubles with parenting and everyday life, there are plenty of other shows that specialise in that.

Another issue I have is that at the end, Jason flings a grand piano into a ruffian. Superman’s not about killing. But his son, at just 5, has killed somebody.

It’s a strange narrative choice for a child.

Although Brandon Routh channels Christopher Reeve early, he grows into the role. He’s likeable and looks the part, but the story never frees him from Superman II’s constraints.

It would’ve been interesting to see what he could’ve done had this installment rejuvenated the franchise, as intended.

It’s a beautiful looking movie – and one that also considers the physics behind rescues. When Superman grabs the wing of an ailing plane to try steady it, he rips it off. He grabs the plane by the nose and it crumples under the pressure. Lots of the action scenes have similar aesthetics.

But arguably the best scene – and one of the best in any interpretation of the character – is when Superman is floating above the Earth, listening to the calls of people in distress.

This scene is brilliant, and shows a difficulty Superman faces that most rarely consider.

The Strength of Superman

People always complain that the character is almost impossible to write for given he’s so strong.

I think that’s what makes him so rich to write for.

The character was created in 1938. Back then, the crime rates would be much lower than they are today. I doubt a superhero could hold down a full-time job while being a superhero back then, but now?

The scene of Superman floating in space in Superman Returns shows just how much is going on – and that’s a small sampling.

How does he work a 9 to 5 job while civilians are being robbed, beaten, and murdered? Who does he decide to save? How he can just sit in a staff meeting, or make meaningless chatter by the water cooler, while people are getting hurt?

I would think that has the scope to drive a benevolent entity such as Superman insane.

Star Trek: Voyager (1995) has an episode, “Latent Image” (episode 11, season 5) in which the Doctor (Robert Picardo) – a holographic computer program – has to choose who to treat between two mortally wounded crewmates. The choice creates a schism in his program. Why did he choose one over the other?

This is Superman’s genuine fallibility.

Superman Returns is an okay movie, which is gorgeously constructed and well-acted. Special mention to Sam Huntington who steals every scene as Jimmy Olsen.

My problem is that it feels like a homage to Richard Donner’s movies, rather than ever truly becoming its own thing.

The one original thing it does is that it gives Superman a son, but as this isn’t revealed until the end, if there’s compelling material to explore we don’t get to see it.

I like that they sit the movie in the Donner universe, but I think they could’ve done that loosely, rather than make it a direct sequel to Superman II – more something along the lines of what James Bond did with each adventure and with each new actor (until Daniel Craig).

A Look Back: Rocky III

A Look Back: Sea of Love