Life has been busy lately with all sorts of things happening.

I’ve tried to keep writing throughout, tried to find pockets of time to work in. Lately, I’ve been juggling a bit more, because I’ve been submitting to various screenwriting comps, and deadlines have been pressing. Then, depending on the screenplay, I’ll give it another once-over – if I can.

One screenplay I hoped to prepare – one of my favourites – became the subject of an exhaustive revision. I didn’t expect that. But a prior competition had offered feedback, and some of it had opened new possibilities. Once I got stuck into those possibilities, well, the revision became largely a rewrite. So I missed that deadline, but I’m happy with that because I’ve gotten a better screenplay in the process (although now it’s going to need some clean-up revisions). 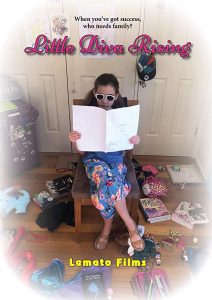 So I have some friends who are actors, and one is also an upcoming producer. We started talking two-and-a-half years ago about trying to make something together – an action flick – but, once I’d finished the script (entitled But the Truth), felt it might be too ambitious for our inaugural project.

I decided to write a horror web series – six parts, about ten minutes each. I could write it low budget, and it would be a good indoctrination to film-making. We’d learn, we’d gain experience, and we’d get a better sense of our capabilities – not to mention some perspective.

I finished the script, The Love That Binds, and pitched it to the others, who enjoyed it. But I began to feel that the story wasn’t complete. I had an idea of where it could go, so resumed work on it and, eventually, I had another damn feature script.

Now we were back where we started.

Ideas are always bouncing around in my head. I don’t jump from (trying to write) one to the other. I prioritise them – what I can write while I’m working on something else (like my book), what I’ll have a window of time to write (in betweeen other things), and what will need me dedicated exclusively to it (which means it’ll have to wait until I can make that happen).

The new idea that came to me – Little Diva Rising – was a mockumentary pilot. It would be only 30–40 pages, which I estimated I could knock off in a week writing 4–6 pages a night while simultaneously continuing the revision of my novel. With the way I format my manuscripts, 4–6 pages would be about 1,100 – 1,800 words. With the way screenplays are formatted (and that’s a standard industry format), 4–6 pages is about 600 – 950 words (and some of those words are slug lines, or character names, so they inflate the word count).

Once I’d finished LDR, I revised it several times, then sent it to my friends. Here’s the logline:

A beleaguered forty-something mother tries to save her family from unravelling when her ten-year-old actress-daughter becomes a star and turns into a monstrous diva.

This became our project, which has since involved writing supporting information (such as character bios, episode synopsizes for the first season, story synopsizes), casting actors, finding crew, and coordinating the project (a big thank you to Maria and Vicky, who’ve taken care of a lot of this – I’ll write more about the crew and cast in coming weeks). The screenplay has also gone through about fifteen more revisions.

Some of you might’ve gotten an invitation from me on Facebook to like our page: Lemato Films. That’s the business name under which we’ll operate. We’re filming throughout August and September, so we’ll use the page to keep everybody apprised of what we’re doing. I’m sure I’ll also blog about it.

As for the horror and the action, they’re still waiting.

As is my new novel.

Catching Up on the MCU

The First Day of Shooting