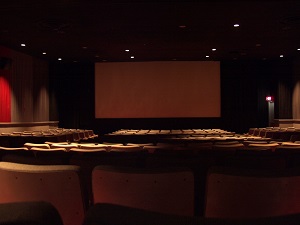 had a discussion with somebody once about movies now compared to movies from my childhood (1970s–80s), and she said you tended to have a fondness – out of nostalgia – for things you grew up with. I thought about that, and while I agree that you do develop that emotional connection, the truth is there were a lot of great movies coming out when I was growing up.

It’s true that revisiting something from your childhood can expose it as not being as good as you remembered (when you were less analytical), but I’ve repeatedly rewatched those movies in my list, and I still think they’re great. Sure, the present-day me might give them a bit of leeway sometimes – e.g. there are some very campy scenes in Superman, and some of the special effects in E.T. now seem hokey – but that’s because they’re predominantly doing everything right, so I can forgive a little.

Also, so many of these movies have entered the pop culture lexicon in one way or another. Who doesn’t know the line, ‘I’m going to make him an offer he can’t refuse’? Or, ‘Does Barry Manilow know you raid his wardrobe’? Or, ‘They’re here!’ Or, ‘May the Force be with you’? Or, ‘Game over, man!’?

I love stories, in whatever form they take. But as far as cinema goes, as far as the contemporary blockbuster goes, something has been lost in storytelling. Movies like the rebooted Star Trek series, or the continuing saga of Star Wars, or the reimagined Superman, can visually do everything right – why wouldn’t they? We’re now living in an age where special effects are accessible and can create anything – and they can certainly duplicate and better their forebears.

But does that mean something is better? In Jaws, the mechanical shark didn’t work, so Steven Spielberg had to find other ways to communicate the shark’s appearances. Master of suspense, Alfred Hitchcock, used to keep his frightening stuff off-screen, saying he could never compete with the audience’s imagination. But now, we have insane action that has no basis in reality, people behaving like video-game characters (and defying physics and mortality), and a blizzard of special effects.

If characters are emerging unscathed (as they constantly do) from situations they couldn’t possibly survive, why would I ever feel any concern for them? As far as horrors goes, their tension nowadays is created through a series of jump scares, rather than a building of mood. Superheroes have become so glib, it’s like they can’t even take their circumstances, let alone themselves, seriously, so why should I?

One brilliant contemporary movie (although by no means a blockbuster) I enjoyed immensely is Captain Phillips (2013). Tom Hanks plays the titular Captain Richard Phillips, who commands a container ship. In one scene, a skiff filled with four Somali pirates pursues them. Phillips orders counter-measures – his ship is fitted with an array of fire hoses around its perimeter that spray water at pirates and stops them from getting too close. Then one hose goes awry, leaving an opening.

Sound simple? Sound pedestrian? Maybe even a little stupid? Well, no, because Captain Phillips creates a premise that’s believable in its suspension of disbelief, offers you a sense of vulnerability, and thus generates legitimate tension.

Maybe that’s what those 1970s and 1980s movies did so well. Superman might’ve been physically invulnerable, but – as he says – for all his powers, he couldn’t save his father from a heart attack. The hopelessness here is a consequence of him realising his fallibility. Michael Corleone might’ve been ruthless, but power came at the cost of his own marriage and his family. The tragedy is that it’s a life he tried to avoid, but when he had no choice he embraced it passionately. Even Indiana Jones – as invincible a character as you’d find in my list – still was battered, bruised, and bettered repeatedly. He’s the hero, but he’s not invincible.

These characters were real inside their own universes in a way that made us care about them. They failed, they learned, they tried to improve. Regardless of their surrounds, they were relatable. We were invested in their journey because they reflected some aspect of ourselves. And whatever happened around them meant something.

A lot of contemporary blockbusters have lost that emotional connection. Maybe I’ve grown cynical, but nowadays I find that characters are too often super-powered, have no journey, and/or repeatedly survive unsurvivable odds.

How are you supposed to care?

Old vs New: Superman vs Man of Steel