I hate that “Karen” has crept into the vernacular as an insult. 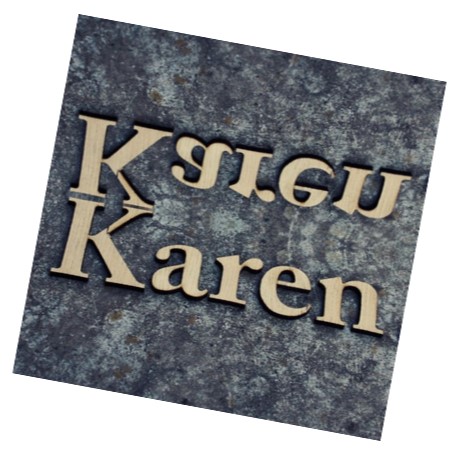 I was a struggling thirteen-year-old dealing with the advent of anxiety (that I didn’t understand – and back in 1983, there sure as hell wasn’t any public awareness of it) and the departure of my best friend, John, who’d transferred to another school. Constantly hearing this nick thrown at me was traumatizing.

It’s not that difficult to hurt people – and particularly kids.

Language is not only used to communicate, but can also engender various emotional responses.

We see it everyday in life: politicians try to find the perfect phrasing; coaches (from life coaches to sports coaches) find ways to motivate their charges; we try to find the right words to win jobs, to win partners, to expedite life.

But they also exist in a world where they’re constantly evolving.

For example, the term “gay” was first used in the 1200s and meant “happy” and “carefree”. It came from the French term, gei, which meant “full of joy”.

In the 1600s, it began to be recognized as somebody of loose sexual morals. In the late 1800s, it was identified with vagrants and travellers who offered their sexual services. In the 1900s, it gained the definition it has now.

Now that wasn’t the purpose of “gay” when it was first used. But it changed throughout time.

Lots of words do.

I’m all for a better society. I’m all for striving to be better people and for growing up. For maturing. For becoming enlightened.

Yet we reach for these ideals while introducing a term like “Karen”.

So we’re outlawing the use of some words, but introducing new insults and everybody’s fine with that? It’s okay to promulgate this as a derogatory term? We can just blissfully accept it because it carries no history?

Or is it okay because it’s disparaging a type of person who – according to the collective wisdom – should be disparaged? That’s not a generalization, is it? And a form of bullying? And hypocritical?

Also, going back to my original point: can you imagine all the kids named “Karen” out there who are being mocked and derided?

Kids are impressionable. I certainly didn’t need all the shit as a thirteen-year-old (and I did endure it sporadically through primary school). And kids using it as an insult can be relentlessly and mercilessly cruel.

Growing up, you’re fragile. You see this everyday with kids.

High school – with its peer-group pressures – can be overwhelming. You have kids who are standing on the cusp of either blossoming or imploding.

Think about the kids being continually insulted, i.e. bullied, and how this will shape and scar their budding personalities and self-identity.

On the flip side, why are people openly promoting derision, mocking, and bullying?

It seems about as far away from enlightened as you can get.