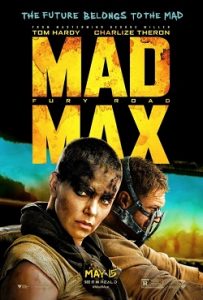 I didn’t like Mad Max: Fury Road. There, I said it.

Lots of people did like it. Lots of people love it. And they’ll tell you how great it is. I’m fine with that, whereas if that happened with some other movies (e.g. Star Trek, Star Trek Into Darkness, Star Wars: The Force Awakens, Man of Steel) I might try to convince people otherwise. But, as far as Fury Road goes, I can see why people enjoy it.

I didn’t hate it, like those other movies I’ve named. I just didn’t connect to it in any meaningful way as a Mad Max movie. If it was a Furiosa movie, I wouldn’t have a problem with it. It’s a great action movie. But it’s not. It is a Mad Max movie, and that’s the standard by which I measure it.

What Works
Charlize Theron is magnificent as Furiosa, and Furiosa is the only truly fully-rounded character in the story. The supporting characters are good. Visually, Fury Road is spectacular, bordering on awe-inspiring. You can sit there and lose yourself in the visuals.

What Doesn’t Work
My biggest query is that Max is a guest star in his own movie. People will suggest this parallels Mad Max 2 – Max is just a loner getting caught in other people’s problems. But Mad Max 2 is about redemption. Max doesn’t care anymore. He forsakes a man who begs for his help until the man promises gasoline, he forsakes Pappagallo’s plea for help, and it’s not until the end – after he’s truly lost everything – that he decides to throw his lot in for a greater good, only to be duped. The story follows him at all times. The plight of the refinery is an aside to his journey.

Fury Road is strictly about Furiosa’s plight. Max is captured at the beginning, then used in a way where he has no control over his own fate. When he finally frees himself and decides to help, it’s not for any spiritual or emotional growth of his own (although some might say he’s motivated by flashbacks of whatever horror befell his family). He is an aside to Furiosa’s journey. Furiosa is the one driving the story. This is her story. And that’s great for Furiosa. But this is meant to be Max’s story, hence the title, Mad Max. (The same problem undermined Mad Max: Beyond Thunderdome.)

Another query is the lack of the mystique around the character. In MM2, we have a brilliant scene where Max is cuffed by the people of the refinery, and he casually picks the locks, frees himself, listens to them rant, and then tells them if they want to get out of there, they talk to him. This is on top of outwitting his pursuers at the beginning and capturing the snake guarding the gyro. In Fury Road, our introduction to Max is him eating a two-headed lizard, his car getting trashed, and him being used as a ‘blood bag’. The one time there’s a chance for some mystique-building – Max dropping back to intercept their pursuers – it happens off-screen.

The world is gorgeous but feels absolute, like it’s always been. The gangs are so entrenched and idiosyncratic, that you’d imagine that they’ve been like this for decades, whereas in both Mad Max II and Beyond Thunderdome there’s clear references to the world before, so you actually understand how horrible yet necessary a transformation these people have undergone to survive. That’s confronting. And cool.

In Fury Road, the Vuvalini – the old women Furiosa brings Max to – talk distantly about the ‘Green Place’. Given the age of the Vuvalini and the vagueness of their memories, the Green Place must’ve existed (at the very least) decades ago. Max would’ve been a child before the world turned to shit. It’s hard to believe he could share the same Max backstory (although there’s no reason he has to) as the original – his leathers and Interceptor might have nothing to do with previously being a cop. However, ironically, I thought the Mel Gibson Max would’ve fit much better into this story, and given the world and its problems context.

Tom Hardy – usually a great actor – also seems to struggle with the lack of dialogue, much of his emoting overdone and better-suited to a silent picture. When he does speak, he manages some bizarre accent that sounds like a mongrelized South African. The Australian accent is one of the hardest to pull off. Actors who can’t, should just leave it alone.

How I Would’ve Done It
Firstly, I’d still use Mel Gibson as Max. I understand Mel Gibson’s somewhat on the outer, and that Hollywood loves their reboots, but the original Max is an interesting character, and still has a story to share. It would’ve been interesting to revisit an older Max.

I would’ve opened with a V8 Interceptor – identical to Max’s in Mad Max 2 – pursuing a gang car. The gang car leads the Interceptor into an ambush. One gang car is destroyed. The Interceptor is run off the road. The door opens. A booted foot plants itself on the road. Somebody emerges in the police leathers. But it’s not Max but somebody about eighteen (who I’ll name Kid). The gang cars pull up. There’s a shoot out. Kid is overwhelmed. Then Max does arrive, emerging from behind a dune. The gang members are petrified. Max kills several of them. Other gang members flee. Max talks to Kid, and in him sees the son he would’ve lost. Kid is in awe of Max – Max has literally become a legend over the years. Nobody truly believes he exists (and the implication is he’s done other things to help people out since Mad Max 3: Beyond Thunderdome). Max is more fascinated by the Interceptor and wants to know where Kid got it.

Kid offers to show Max and drives him out into the desert and explains that he wants to bring law back to the wasteland. Max finds the suggestion fanciful, but Kid brings him to a secret underground bunker filled with weaponry, cars, and other supplies. Kid explains his dad was in the army, and when things started to go bad, they took refuge in this bunker with other families, whilst resources were commandeered and militarized. But over the years, the others have died, leaving Kid alone. Recently, though, he’s heard a voice from the radio, which he shows to Max. The voice is from some faraway government installation, which has begun to airdrop supplies to remote regions, as they’re trying to restore civilization. But out here, the leader of the gangs, known as the Grand Abbott, is stealing the supplies. Kid wants to help, but it’s a question of getting Max involved. Max has stayed away from people and civilization for decades, but now must help to rediscover his own humanity.