I love stories. It doesn’t matter what form they come in: novels, movies, television, autobiographies, or whatever. 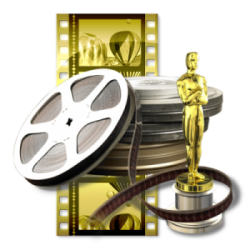 And I always love when I know – and usually I will know pretty quickly – that I’ve connected to a story. Then it’s just a case of sitting back and enjoying the adventure.

While it pays homage to Martin Scorsese’s Taxi Driver (1976) and The King of Comedy (1982) – comparisons (some) people use to deride it – Joker is a compelling story of a man’s descent into madness, and his rebirth as a vigilante against what he sees as the world’s injustice.

It’s a slow, gruelling character study that did well critically and commercially and proves that audiences want good stories, rather than action-laden shit. As everybody would know by now, Joaquin Phoenix is brilliant as Arthur Fleck/The Joker.

My only gripe is the final scene (Fleck institutionalised) seems almost like an add on, like the studio asked the director Todd Phillips to show that the Joker was caught and punished for his crimes. The scene then addresses that with a twist, like Phillips felt like delivering a ‘fuck you’ to the studio.

Of course, I might be reading too much into it.

I have no interest in car racing as a sport, but I’ll always buy into a good underdog story – especially in sports. It’s a structure that writes itself (to an extent). If a story can execute that, then it’ll hook me, regardless of the sport used as a backdrop.

In the 1960s, Ford are struggling with their public image. They decide to enter racing in an attempt to glamorise the public’s perception of Ford. Ferrari hold a monopoly on the 24 Hours of Le Mans. Ford – through designer Caroll Shelby (Matt Damon) and British driver Ken Miles (Christian Bale) – battle to build a car that can compete.

It’s hard to imagine Ford as an underdog, but that’s what they are here as they enter a world that’s alien to them.  Damon is likeable as ever and Bale is brilliant – I’m surprised this performance didn’t get more raves.

As the story builds up, it creates genuine tension that has you trying to will Ford over the line.

Elton John falls into the category of artists I’m indifferent about – I don’t dislike him, and I like some of his music, but he’s not an artist I’d go out of my way to listen to.

Well, this movie flipped me.

Rocketman is an engaging biopic of John’s rise into the rock pantheon, and fall through a combination of drugs, family issues, and relationship problems, and rebirth into a world where he grows comfortable in his own skin. Musical numbers are chosen to exemplify where John is in his life. Taron Egerton as Elton John and Jamie Bell as his lyricist Bernie Taupin are fantastic.

I often talk about wow moments in superhero films. This has many wow moments, including my favourite when Elton John sits at the piano and composes the melody for ‘Your Song’, as well as when he plays ‘Crocodile Rock’ at the famed Troubadour in Los Angeles. It shows how films can pull back, and give their characters the appreciation they deserve which, in turn, has audiences empathising and thinking, Wow.

It doesn’t take a lot. In the former scene I’ve referenced, all Elton John is doing is sitting there, puzzling out the melody until it begins to come fluently to him. But you sit back and seriously think, Wow. That’s why he is who he is.

JoJo (Roman Griffin Davis) is a young boy growing up in Germany during World War II who idolises the Nazis, and even has a fantasy version of Adolf Hitler (director Taiki Waititi) as his friend and confidante. But as the war goes on, JoJo gradually learns that the Nazis are not to be idolised, that their propaganda is full of shit, and he must make his own decisions about who he’ll be and what he’ll think.

I didn’t know what to expect going into watching this. The synopsis was underwhelming. But it hooked me from the outset where fantasy-Hitler is trying to teach Jojo how to ‘Heil’ properly.

It has Waititi’s typically dry but absurd humour, which becomes the perfect framework for how this story is told. I don’t know if it would’ve worked any other way – particularly how we see the world through Jojo’s idealistic interpretation. It’s about a child losing his innocence and idealism, finding the world can be shit, but embracing love and things that truly hold value.

Everybody is brilliant in this – Roman Griffin Davis should’ve been nominated for an Oscar. While kids are often naturally good actors, Davis is exceptional.

Once Upon a Time in Hollywood

This feels like two hours of getting to know and care about Rick Dalton (Leonardo Di Caprio) and Cliff Booth (Brad Pitt), before we embark on the alternate timeline to the murder of Sharon Tate, her unborn child, and her friends.

I’m curious how people unfamiliar with Charles Manson digested this story without a frame of reference. I knew what was meant to happen, but was hoping it wouldn’t, and that our protagonists would emerge unscathed (as they draw the firing line). If you know nothing about Manson and Tate, does the story generate the same tension?

In typical Quentin Tarantino style, it’s a slow build-up, but there are also wonderful moments of foreshadowing filled with dread, e.g. when Booth checks on his old friend George Spahn at the Spahn Ranch, which is now occupied by Manson’s hippies.

The ending (for those who know about those murders) plays out like wish fulfilment, but is particularly satisfying.

I have to admit a bias to Martin Scorsese films – and particularly gangster films – so this would’ve had to be puerile shit for me to dislike it. Since Scorsese and not JJ Abrams or Alex Kurtzman was involved, I knew it wouldn’t be.

The de-aging of the principle actors (Al Pacino, Robert De Niro, and Joe Pesci) creates an interesting effect – it doesn’t look quite right by the smallest margin. Also, while the actors are facially de-aged, they still move like older men. All this ultimately creates this surreal landscape that develops a mystique that seems befitting the urban mythology that has become the Jimmy Hoffa story. It becomes like stepping into something fantastical, like Pan’s Labyrinth (2006).

Some have complained that there’s enough evidence to disprove this version of events, but I look at it like Oliver Stone’s JFK (1991). It is just a version of events. Nobody’s saying it’s the indisputable truth. If you let the credits run through on Netflix, it jumps to Scorsese, De Niro, Pacino, and Pesci talking about the movie where Scorsese says just that. It’s obvious Scorsese found this reported friendship fascinating.

My only quibble would be that once Hoffa (Pacino) disappears, the story goes on a little bit too long, although I understand it’s there to frame what became of Frank Sheeran (De Niro).

With such a high calibre of actors, performances are typically great. I particularly love the understated Joe Pesci as Russell Bufalino (rather than the raging psychos Pesci has previously played for Scorsese).

The grinding journey that drives this story makes it a hard watch – it’s not the sort of movie I could throw on to watch a day later, or even a year later, the way I might re-watch Jaws (1975) or Goodfellas (1990).

Adam Sandler is excellent as self-destructive jeweller Howard Ratner, who repeatedly addresses his unravelling life by doubling-down. You want to scream at him to get his shit together, but also root for him and hope his choices will pay off. But even that’s double-edged. After all, how long would his luck hold? Every success falls under the shadow of the next failure.

I love Sandler in Punch-Drunk Love (2002), and he made a few movies around that time where I thought he’d springboard into more serious fare, but instead went back to making his fish-out-of-water-type comedies.

Hopefully, he looks at undertaking more challenging roles, because as this proves, he’s a good actor.

Stanley Kubrick’s The Shining (1980) is considered a classic, although author Stephen King hates it. King felt that the adaptation was untrue to his 1977 novel, and that Jack Nicholson came off as manic and a little bit crazy from the beginning. King’s choice for the lead was Jon Voight, who could’ve showcased an everyman’s whirlpool into insanity.

The 2013 book sequel, Doctor Sleep, is highly readable (which is King’s style) but a middling affair. It feels like it’s never quite sure what it’s going to be – a spiritual successor to The Shining, an exploration of Danny Torrance’s life as an adult, or a new adventure altogether. If it tries to be all three, it never feels as if it quite meshes them into a cohesive narrative.

Which made the movie a delightful surprise, because it achieves just that and appreciates the story. Interestingly, director Mike Flanagan said Doctor Sleep had to adapt the novel, but also be a sequel to the book, Stanley Kubrick’s feature, and the 1997 miniseries – and it achieves all that.

Ewan McGregor is good as the adult Danny Torrance, but it’s Rebecca Ferguson – mesmerising as Rose the Hat – who elevates the film into a new strata.

The John Wick series is an example of how to world-build authentically so that audiences buy in: a subworld of assassins are governed by their own laws and etiquette and exist among us, the unsuspecting public.

When John Wick (Keannu Reeves) seeks revenge and breaks one of those laws, that subworld turns on him. From there, it’s lots of action as Wick tries to find a way to get this subworld to lift the death sentence they’ve issued for him.

The John Wick series would be one of the few franchises that hasn’t slowed down, and continues to build upon their original premise. They only ever give you just enough information to infer a framework, but not enough that it restricts the story they want to tell.

A Beautiful Day in the Neighborhood

Journalist Lloyd Vogel (Matthew Rhys) is assigned the job of writing a puff piece on revered children’s TV presenter Fred Rogers (Tom Hanks), but when they meet Vogel is struck by Rogers’ decency and integrity. In today’s cynical age, it’s the sort of story where you’d be thinking, Surely he’s too good to be true, and then wait for some earth-shattering secret to be revealed.

Lloyd struggles with his own family issues (dealing with estranged dad Jerry, played by the ever-wonderful Chris Cooper) while getting to know Rogers.

It’s a slow biopic that begins shakily (Rogers breaking the fourth wall, under the conceit of his TV show, to talk about Lloyd’s struggles) but which finds its voice as it goes on.

Outside of his name, I knew nothing about American children’s TV presenter Fred Rogers (Tom Hanks), but if half of this biopic is true he must’ve been a seriously amazing guy. He never invalidates anybody. He always makes kids feel good about themselves. He always tries to find value.

For anybody asking where Parasite is, I haven’t seen it.

Next week, some meh movies.

Credit Where It's Due: The Orville