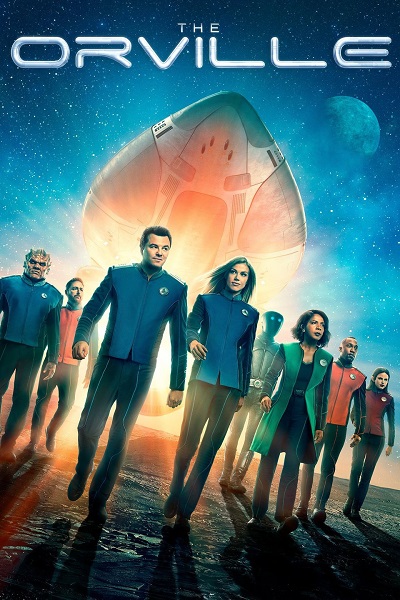 Let’s fast forward to 2009: a friend won some tickets to an advance screening of JJ Abrams‘s rebooted Star Trek, but couldn’t make it, so he gave the tickets to me. They collected our phones before we went into the cinema. I didn’t know what to expect. Maybe I had some small prejudice that resurrecting The Original Series (1966 – 1969) characters was going to be a challenge. There are movies and TV shows where you can replace the actor, e.g. James Bond, Doctor Who. But there are others – such as Indiana Jones, and Star Trek – where the original actors have become iconic.

Star Trek’s re-interpretation of The Original Series is brilliant. The re-casting is great. Chris Pine and Zachary Quinto are good enough that you can accept them in roles we’ve identified with other actors. Karl Urban is awesome. The aesthetic is magnificent. The re-imagining of the universe filtered through contemporary effects is beautiful.

You could not have nailed those things better (aside from Engineering, which looks like a brewery).

It’s just a pity the story is shit.

The sequel, Star Trek into Darkness (2013), is worse. Star Trek: Beyond is better, but meh. I’m sorry. Whatever investment you expected from Trek fans has been wasted. You had your chance. The bulk of us have already moved on, recognising that this most-recent incarnation is a dummy’s guide to Star Trek – something you’d expect from a creative who has no understanding of Star Trek’s ideology and is trying to lobotomise it for general consumption at the cost of what made it a cultural phenomenon.

Come the announcement that Star Trek is going to return with a prequel series to The Original Series called Star Trek: Discovery (2017 – ), the wariness is high. They have some good names involved: namely Nicholas Meyer, who was behind Star Trek II: The Wrath of Khan (1982) and Star Trek VI: The Undiscovered Country (1991), and wrote all the 1987-storyline in Star Trek IV: The Voyage Home (1986). But there’s also some questionable talent. Foremost among them is Alex Kurtzman, who was behind such memorable hits (aka franchise killers) such as Star Trek, Star Trek into Darkness, The Amazing-Spider Man 2 (2014), and The Mummy (2017). Unfortunately, it seems Meyer’s name is only there to legitimise the project with the fans – well, in my opinion.

Let’s fast-forward because I’ve ranted enough about this: Star Trek: Discovery is an unmitigated shitfest, an unholy abortion Frankensteined into something that some idiot thinks maybe kinda might sorta be Star Trek, but lands as close to Star Trek as Apollo 13 landed to the moon.

A new sci-fi series was touted around this time: The Orville (2017), created by Seth McFarlane, who is behind TV series such as Family Guy (1999 – 2020), and American Dad (2005 – 2019), and the movie Ted (2012). Ted is a cute enough movie with some funny bits, but McFarlane’s other movies (which I haven’t seen) have fared so-so. I haven’t watched enough of Family Guy and American Dad, but I’ve seen enough to look at them as The Simpsons (1989 – 2020) clones that I don’t want to follow – that’s not intended as disrespect to them, because they’ve been huge and built their own identities, and I appreciate they’ve done some really cool stuff. They just weren’t for me.

McFarlane seems to be a pop culture nerd and The Orville is going to be Star Trek-like, but with comedy.

The pilot is fucking awful. The jokes are inappropriate; the characters, circumstances, and premises seem derivative; and it’s just shit. I’m unsure what it’s meant to be. After watching the pilot, it’s confirmed I should stay away from this show – it’s going to be a Family Guy version of Star Trek. Do I want to watch that? Well, I’ve come to a phase in my life where I watch like one hour of television a day (at best), and I’d rather spend that hour on something enjoyable.

Credit to Star Trek: Discovery and the writing team behind this mess. It’s amazing you can have so much canon behind you and yet still not understand your universe. Every episode only seems to exist to outdo its predecessor for how bad it can be. If you added a laugh track, it could be considered farce, if you weren’t busy shaking your head instead. The dumbness, poor plotting, and illogic behind it should exist only as lessons in how not to tell a story or understand an existing property or simply not understand the basic precepts of storytelling at all.

Desperate for some sort of space-faring fare, I jump back to The Orville. As season one goes on, the inappropriate jokes decline enough to keep me interested, but to maintain my annoyance. This should be about context. If jokes are made by off-duty officers in the mess during down down-time, I can accept it. But during a tense situation on the bridge? Well, no. Where is this going?

But the stories become engaging. The characters become interesting. They have a lot of Star Trek: The Next Generation’s crew behind them that are steering them towards something better. This universe develops its own identity. The hit some of the typical tropes of sci-fi, but then put a new spin on the story development. As proper Star Trek has done, their stories provide commentary on contemporary social and political issues. I start to wonder if McFarlane pitched The Orville as ‘The Family Guy in space’ so he could get it made, but always planned to evolve into more serious sci-fi with a different comedic element.

The second half of The Orville’s first season is excellent. There are genuinely interesting stories about the human equation in extraordinary science fiction backdrops. The characters now have evolved from whatever derivation they might’ve had (or I might’ve imagined) and become their own people. They generate chemistry. Everybody now feels like their own person on this ship. The comedy is becoming more appropriately used.

It took me a long time to get to season two. I’m sorry I waited.

Not every episode is obviously going to be a hit (although in season two, even the lesser episodes are still very good). But The Orville has continued to evolve, producing storylines that place characters in situations parallel to contemporary life, but which take twists you wouldn’t expect. The political landscape has evolved – plausibly – in a way that’s developed complexity. The humour has found its niche, feeling now more like something you might see in Galaxy Quest (1999). It’s engaging storytelling that makes you think and ask what’ll happen next.

If you’ve read my blogs, I imagine you can imagine that I’m not easily won over, and if any property has slighted me, then I expect the worst from then on.

And The Orville flipped that through a simple equation.

Credit and respect to The Orville, Seth McFarlane, and everybody involved in the show.

Looking forward to the next season.