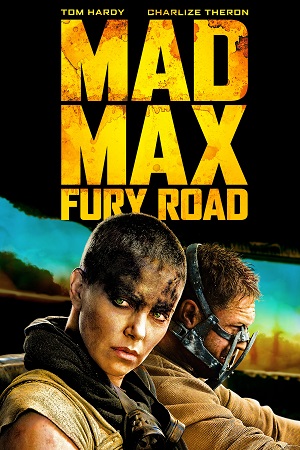 Mad Max reboot, Mad Max: Fury Road (2015), is different to all the other reboots taking place, because the same person is behind both the original and the remake: George Miller.

Who could possibly know the character of Max Rockatansky better? Miller was behind the original three movies, and between the last Mel Gibson movie, Mad Max: Beyond Thunderdome (1985) and the reboot, Mad Max: Fury Road (2015), surely would’ve at times contemplated new stories for the character.

Fury Road plays out like a contemporary blockbuster that sparkles with genuine vision, while trying to remain true to the originals. That’s laudable, because it’s something a lot of reboots are missing.

Christopher Nolan kept Batman as dark as he was in Tim Burton’s Batman (1989) for Batman Begins (2005), while grounding the character, offering a prequel as to how Bruce Wayne becomes Batman, and deals with his first real mission. Sam Raimi did a good job of adapting Spider-Man for the big screen. But other reboots – e.g. Man of Steel (2015), Star Trek (2009), Star Wars: The Force Awakens (2016), etc. – play the notes but are largely tone deaf to the source material.

Mad Max: Fury Road positions us in a post-apocalyptic world where tyrants and gangs have risen to rule over bedraggled survivors. While we don’t witness any of Max’s origin story, we get flashbacks that allude to some sort of family tragedy that has shaped Max as a loner in the wastelands.

The beauty of the original trilogy is we see the evolution of this world and how it affects Max. In Mad Max (1979), he’s a loving husband and a young father who feels he’s losing his grip as a police officer. He wants to get out, because he fears he’s becoming as bad as the people he pursues as society deteriorates into violence and lawlessness. When a road gang attacks and his family is taken from him, he takes his vengeance.

In Mad Max II (1981, aka The Road Warrior), Max is just trying to survive in what’s become a post-apocalyptic world, and negotiates a deal with survivors who control a refinery. When they ask for his help and he rebukes them their leader, Pappagallo (Mike Preston), queries Max and reads that he’s lost people dear to him. As small as the scene is, it’s pivotal because it contextualises Max. He’s living because it’s his survival instinct, but his loss stops him from connecting with others.

Even Mad Max Beyond Thunderdome takes that further as it introduces Bartertown – a town filled with survivors, traders, and drifters, who operate on barter. Bartertown’s leader is Aunt Entity (Tina Turner), who confides in Max that before the apocalypse she was nobody, but now she’s a somebody. Even the lost children Max encounters speak of a time where somebody tried to ship them off to survive, only for their plane to crash. Now they have no understanding of the world in which they exist.

Everybody and everything is tied to a world that once was: what we’re seeing is the aftermath – the courses people have taken to survive as what’s left of civilization evolves to fill this new reality. Naturally, gangs, criminals, etc., would band together. The law’s gone. Decent people would survive as best as they could, but be reduced to doing whatever it takes, e.g. in Mad Max II, we see Max eating from a can of dog food.

Max moves through this world just trying to exist. In the first movie, he wants to build a future with his wife and child. When that’s taken from him, he fights back. In the second movie, he just wants to be left alone, only dealing with others when he needs resources. However, when his car is destroyed, he’s ensnared into a cause. In the third movie, the children tie him back to pre-apocalypse, and his intention is to become a guardian for them, before they become entangled with Aunt Entity.

One of my issues with Fury Road is that the world handed to us is absolute. There’s an allusion to a before, but it’s amorphous. Max (Tom Hardy) has flashbacks. Furiosa (Charlize Theron) tries to return to the Green Place, from which she was taken as a child. She finds the remnants of her clan there – most of them elderly women, who speak about the Green Place as if it existed during their youth, which would place it … maybe forty (or more) years prior to the present? However, both Max and Furiosa wouldn’t have been conceived then. Maybe it’s not so long ago, but they speak of it as if it is.

The world here comes across as entrenched. It’s not transitioning through the aftermath of the apocalypse, as is the case through the original trilogy. It is. This is what society became, and is now disconnected from civilization as we know it. We see idiosyncratic gangs – things you would’ve expected to evolve over generations. They’re not rag-tag, as they were in the original trilogy. So in presenting the world as absolute, it feels like there’s a lot of incongruities in the timeline of when things have happened, and how long they’ve been happening.

As it’s presented, it’s arguably a world that it would’ve been better for Mel Gibson’s Max to navigate. Thirty-years on from Beyond Thunderdome, you would expect post-apocalyptic society to have become fixed. An older Max actually makes more sense. He’s still out there, wandering, living, because that’s who he is.

Another query is that Fury Road’s Max becomes a passenger in his own story. People will counter that in Mad Max II and Beyond Thunderdome, it’s exactly the same – the story’s not about him, but the people he’s helping. Well, yes, but those stories tie him back to some part of his emotional journey and how he sees himself now in this world. In Fury Road, he is truly a drifter who comes and goes, with no emotional, spiritual, or intellectual connection to what’s happening around him, other than a fight for his own survival. That doesn’t make him special. Everybody is doing the same.

Charlize Theron is magnificent as Furiosa. This is her story. It should’ve been her movie. Max exists as a frame of reference for her battle – without him, we’d have no context. She could be just a generic hero. Her battles with Max, and then their alliance, help us infer her worth.

I love Tom Hardy as an actor, but not in Fury Road. Max has always been reticent. Gibson played it simply: Max doesn’t have a lot to say. That’s it. Nothing else changes in his performance. But at times Hardy plays it like a silent film star, overly emoting to compensate for his lack of dialogue. When he does speak, he produces some bizarre accent that sounds a mix of South African and Cockney.

Mad Max and Mad Max II are brilliant. Beyond Thunderdome is uneven, but has its moments. Fury Road is fast-paced, gorgeous, and engaging, but Max lacks emotional resonance, which makes his journey through Furiosa’s story feel bland, and lacking the connection he makes in the originals.

That’s not to say it’s not a great movie. As far as contemporary blockbusters go, it would have to be up there amongst the best. It’s crafted by somebody who has vision, and who – for the most part – recaptures the spirit of the originals.

But for me, that’s the thing: for the most part.

That bit that’s missing – as tiny as it would seem – is a gulf that makes me feel I can’t hold it in the same esteem as the originals.

It’ll be interesting to see how time reflects on all four movies.

Postscript: A friend who alpha-read this blog for me grew curious and investigated Fury Road, discovering that it had, in fact, been written for Mel Gibson years ago. But as time went on and Gibson fell from the favour, the screenplay was rewritten for a new actor to assume the mantle.

The Shadow in the Wind

A New Hope vs The Force Awakens