After I serialized Pride on my website, I submitted it to a few publishers without any luck. That I had no idea what I was doing didn’t help. 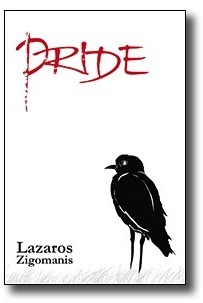 Come 2009, I applied for the Olvar Wood Fellowship – a program run by Queensland writers Inga Simpson and Nike Bourke that involved mentoring and workshops.

At the time, I was struggling with the beginning of chronic neck issues – the result of hunching over a laptop while editing all day.

One afternoon, I was working on an edit while battling pain, marveling at the author’s adventures all over the world. An email rang through. The Olvar Wood Fellowship had announced their results – authors Paul Garrety, Felicia Castagna, Kylie Mulcahy, and me.

There was a sense of disbelief seeing my name there.

Immediately, I thought about how problematic it was traveling to Queensland with my neck in such pain.

My anxiety was also creeping back in due to a spate of ear infections I couldn’t shake – up until the Fellowship, I had several in a row (and would have several more).

The Fellowship was the first genuine recognition I had as a writer, and although I battled through it with various health issues (the second day I was there I developed a horrible cold – courtesy of somebody coughing and spluttering behind me the whole flight over to Queensland) it was gratifying and rewarding.

Inga mentored me through a redraft, and I thought Pride stood a good chance of being picked up – it was a coming of age story set in rural Australia using our only indigenous sport as a backdrop.

Over the years, I would take “Pride” out again and revise it, then send it out again. One publisher (who took fifteen months to read it) wrote me the loveliest rejection about how much they enjoyed it. (Years later, I saw that publisher at a conference and he remarked that the story had stayed with him.)

My friend, Blaise van Hecke, the publisher at Busybird Publishing, had wanted the book since reading an early draft back in 2007. Because of the queries (my queries) of prejudice (when crossing business with friendship) I was reluctant, but finally relented in 2016.

Around the same time, Just Another Week in Suburbia, was picked up.

Now all that stood in my way was the redraft.