Two of my favourite recent movies placed in long-running franchises are Logan (2017) and Joker (2019).

Logan tells the story of an older Wolverine, now struggling with health, and trying to take care of Professor Xavier, who’s suffering from dementia. Joker is a possible origin story for arguably the most recognisable comic-book villain there is.

Hugh Jackman’s Wolverine has appeared in six X-Men movies, cameoed in one other, and appeared in three Wolverine-only movies. Although X-Men has been (softly) rebooted, the universe largely remains the same: same characters (just with younger actors), same feel, and the same type of adventures.

Writer/director James Mangold took Wolverine somewhere we didn’t expect. He forced Wolverine to face his mortality, and burdened him with responsibilities he never expected. The result is a compelling character-driven study of what happens when a superhero is no longer that super, and is trying to find a way to survive in a the world that’s left him behind.

The Joker is an iconic character, played by Cesar Romero in the TV series Batman (1966 – 1968), Jack Nicholson in Tim Burton’s Batman (1989), Heath Ledger in Christopher Nolan’s The Dark Knight (2008), and Jared Leto in Suicide Squad (2016). Every performance was unique, offering something different to what we’d seen. 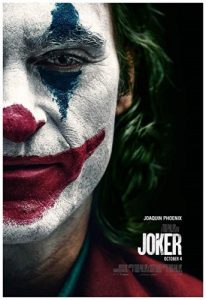 One of the queries with The Joker is what could turn a man into that villain? Christopher Nolan decided he didn’t need to explore it in The Dark Knight. The Joker just is. It’s almost as if the anarchy of Gotham’s crime rate has willed him into existence to counter Batman’s influence. Ledger posthumously won a best supporting Oscar for his efforts.

There’s no current incarnation of the Joker traipsing around in an existing franchise. DC tried with Suicide Squad, but given how poorly that was received, whatever plans they had for the Joker were scrapped.

Leto’s portrayal missed the mark tonally, which is fascinating if you consider it. Given Romero’s Joker is a madcap clown and Ledger’s is a sociopath, there’s plenty of scope to move with the character, but it shows you still have to be true to who he is.

Writer/director Todd Phillips gave us a man struggling with mental health and battling public healthcare bureaucracy who’s just trying to survive in a city that’s unravelling. He unwittingly becomes the token for the city’s upheaval, and inevitably embraces that mantle. It’s such a gradual descent that you can totally buy into the journey that this man could’ve become the Joker.

Both movies tried something different within the parameters of their existing franchises. But what they did exceedingly well is they honoured those properties. At no point are you sitting there in disbelief because they’d executed some implausible narrative choices. The stories themselves are well-plotted. The characters – not just the leads, but everybody involved – are defined and layered. The casting and acting is excellent.

Now these two stories work because somebody took the time to craft something that would engage an audience, respect their expectations of that property, and then share a journey with them.

Why can’t we have more of that?

I’ll give Zack Snyder credit for having a vision, but I still can’t buy into Man of Steel (2013). Superman is a boy scout. The moment you change that, then you’re dishonouring the source material. There are other ways you can contemporise the character. Then the plot itself is a mess. So Kryptonians come to Earth where they develop super-powers and become effectively immortal, but they’re going to terraform Earth so that they go back to being ordinary schlubs? And Superman needs to snap Zod’s neck to realise that killing is bad so he can become the hero we all know and love? WtF?

The JJ Abrams Star Treks are abominations – beautiful-looking movies that have nothing to do with all the Star Trek that came before it. Abrams admitted prior to making the movie he never got Star Trek, so why entrust him to take command of the franchise?

Nicholas Meyer was handed a similar responsibility way back in 1982 and (after watching the entire Original Series) made Star Trek II: The Wrath of Khan – what’s still considered the best movie in a franchise that’s incorporated The Original Series (1966 – 1969), The Next Generation (1987 – 1994), and now JJ Trek. He honoured the canon, advanced the characters (James Kirk’s journey is very similar to Wolverine’s in Logan – an aging hero struggling with how he fits into the world around him), and built on the property so that his vision became part of the ongoing Star Trek template.

I could rail on the new Star Wars movies, but it seems everybody’s doing it nowadays. The unquestioning enthusiasm that had people unthinkingly gush over The Force Awakens (2015) has diminished. So many people disliked Rian Johnson‘s The Last Jedi (2017) that they started a petition to have it stricken from canon. Many people who championed those films are now turning on them – not everybody, but enough to indicate that fans aren’t happy with how those stories have unfolded.

Logan and The Joker prove that you can take characters in new, interesting, and challenging directions without betraying who those characters are, or rewriting the universe in which they’re intended to function.