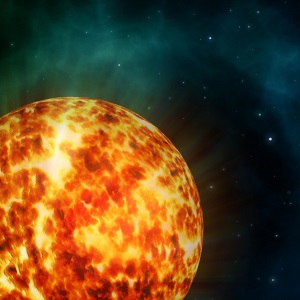 ‘I never liked Star Trek when I was a kid. Growing up, I thought, honestly, I couldn’t get into it. My friends loved it. I would try, I would watch episodes but it always felt too philosophical to me. Some of the writers [on Star Trek into Darkness] loved Star Trek; I was not really a fan. My producing partner never saw it … so when we were all happy it felt like that was the way to go.’

‘You … and your kind … were much smarter than I was. I couldn’t get it. So we tried to make it work for people like me … and people like you. The goal [with Star Trek into Darkness] was to make a movie for moviegoers, not just for Star Trek fans. So if you’ve never seen Star Trek before, you can still see it.’

Some of this response I will return to later, but for now I want to focus on JJ’s admission he didn’t like or get Star Trek.

Now you don’t have to love, or even like, or even know a particular franchise to be able to reboot it successfully. Nicholas Meyer knew very little about Star Trek when he was charged with writing and directing Star Trek II. He then went and watched every episode from The Original Series, found Trek’s wavelength, and listed what worked and what didn’t work with Star Trek: The Motion Picture.

Meyer isn’t given enough credit for saving the franchise, and reinventing it as it moved forward. Star Trek: The Motion Picture hadn’t lived up to critical and commercial expectations. Another average movie would’ve ended the franchise. In all likelihood, there wouldn’t have been any more movies, and there definitely wouldn’t have been a new series in Star Trek: The Next Generation.

What Star Trek II: The Wrath of Khan offered was the embodiment of The Original Series, an acknowledgement of the aging characters and the way they were moving forward in this universe, and the creation of a template that became the standard for everything that would follow. Arguably, it remains the best Trek movie, although there’s been eleven more since it was made.

Watching the rebooted Star Trek, I was immediately impressed by the look, sound, and feel of the movie. JJ had captured the aesthetic of The Original Series, and re-imagined it for the contemporary era (and the technology of the time) in a way that fit and felt right. He’d even taken those color-coded uniforms and made them fashionable.

But as the movie went on, it began to divorce itself from The Original Series. This has nothing to do with character structure or backstories (and those aren’t largely explored in The Original Series, so there’s a lot you can do). The story became this dumbed-down, coincidence-driven framework that existed to give us mindless – and context-less – action.

In Star Trek, we have James Kirk and a whole pack of cadets assigned to the flagship Enterprise (because where else would you assign cadets but to the flagship?). When the commanding officer, Christopher Pike, is lost, First Officer Spock takes command. Kirk unsuccessfully attempts to mutiny, so Spock maroons him on a Vulcan moon (I guess there were no brigs available). Kirk is chased by a snow monster, and runs into the one cave where Spock Prime (Leonard Nimoy) is hiding. They find Scotty assigned to some remote post, beam back onto the Enterprise, Kirk goads Spock into losing his shit, Spock stands down, and Kirk – who’s a cadet, and should have charges of mutiny hanging over him – takes command of the Enterprise.

What the fuck? That’s some career progression.

As far as the plot goes, a Romulan, Nero (Eric Bana) comes back in time aboard his mining ship to hunt down Spock, but arrives seventeen years too early … and then just hangs around, I guess. (I understand there are graphic novels that cover what happens, but I can only report on what movie tells me – it’s not my job to hunt out supporting information to cover the movie’s plot-holes.) Nero later reveals that in the future, Romulus was destroyed and he wants his revenge on Spock, who he feels was responsible. (I guess Nero thought using those seventeen years to help his homeworld was out of the question.)

Now there’s science fiction and science fantasy. Trek is science fiction. It tries to ground the technology in science, and has rules as to how things work. Star Wars is science fantasy. We don’t need to know what powers the hyperdrive or how long it takes to travel through hyperspace. The new Star Trek movies are compared to Star Wars – fun, fantastic action with no adherence to science. But at least the storytelling in Star Wars is still causal. Well, it used to be until the sequels.

The bulk of JJ’s movies are driven by coincidence. Things happens because they need to happen to get the characters from Point A to Point B. The action has no context. In The Wrath of Khan, the ship-to-ship battles are these slow, ponderous things where each ship takes a battering, and we see them incur damage that impacts their functionality. In Star Trek it’s frenetic with tons of crap flitting around the screen, and you never get any sense of how dire a situation should be.

In that Jon Stewart interview JJ talked about making Star Trek accessible, yet in Star Trek into Darkness uses an antagonist (Khan) who you would only know of if you’d seen The Original Series or The Wrath of Khan. In the rebooted universe, Khan has no context or relationship to anybody. How does that appeal to moviegoers who have no connection to Trek?

When Khan announces who he is, it has no bearing on the crew because they’ve never interacted with him before – unlike in The Wrath of Khan where they’d dealt with him previously on The Original Series episode of ‘Space Seed’.

Then you have scenes that are meant to mirror The Wrath of Khan. In that movie, the Enterprise’s warp engines are out, so Spock goes into the engine room, and fixes the reactor, sacrificing himself to radiation poisoning in the process. In Star Trek into Darkness they flip it. It’s Kirk who fixes the engine … by going into the engine room and kicking the reactor back into place. He dies, but Spock realizes that Khan’s genetically engineered superpowered blood could revive Kirk, so hunts Khan down on the surface of Earth, although over seventy of Khan’s equally genetically engineered superpowered crewmates lie in cryogenic stasis on the Enterprise. This device actually eliminates death from the Star Trek universe.

Star Trek: Beyond was a better movie, but only because it’s graded against two atrocities. While JJ had limited involvement, we still had mindless action, and ridiculous scenes – such as the Beastie Boys’ song ‘Sabotage’ being played to destroy a swarm of attackers.

Maybe (traditional) Star Trek has been niche, but movies like Star Trek: The Voyage Home and Star Trek: First Contact have widespread appeal – that transcends fandom – because they were intelligent well-told stories. Whereas you can credit Nicholas Meyer for honouring Gene Roddenberry’s vision and building on it, JJ Abrams’s Star Drek should be credited with dumbing down the franchise, diluting it, and taking something that had a unique message and turning it into a mindless bubblegum action genre with no sustainability once the novelty wore off.

Using this as a base, it’s little wonder Star Trek: Discovery is terrible.