Why do you write? 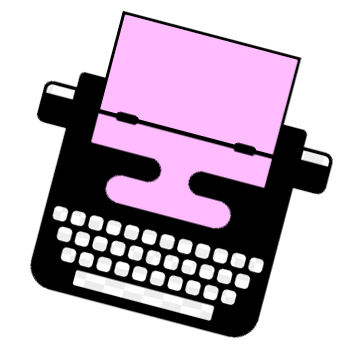 If I really had to think about it, it’s because I have stories I want to tell. The ideas are lined up – novels, screenplays, short stories … they all want to be written. I can’t imagine I’ll live long enough.

People get passionate about all sorts of things. It might be about managing their own business, or sex, or gardening – I mention three entirely disparate things because people’s tastes are eclectic, and range from the professional to the personal.

The thing with writing is that it sits in this weird limbo between vocation and hobby.

I write to tell my stories, but I would love if one day my writing paid the bills. I think most writers would share that dream. It doesn’t have to be a fortune – just enough to live on. (But a fortune would be nice.)

The problem is when you consider how much work goes into writing, revising, and pushing your work, the equation when you do get paid is paltry (if you break it down into an hourly wage).

So it’s really just a hobby until that happens, but one that can be very time-consuming and frustrating. Hobbies are meant to be relaxing.

This leaves that maddening and driving hope that once you breakthrough, everything will come. It’ll all fall into place. Money. Writing for a living. Other books. Films. All that shit.

But lemme focus on books.

I’ve written twenty or so manuscripts. My first (published) Lazaros Zigomanis book, Pride, aka Song of the Curlew, went through twenty-five drafts. My first (published) Les Zig book, Just Another Week in Suburbia, went through twenty-one drafts. But even those numbers are misleading. Some redrafts involved me rereading chapters two to four times. So that’s going over 50,000 – 80,000 in excess of twenty times.

All to chase the belief that I can find the right words in the right sentences to tell the right story, and hoping that somebody will care as much about this construction as I do.

And it’s always the project I’m working on which I think will be the breakthrough – although of all the breakthrough books, August Falling was the one I thought would be THE ONE. (I’m still disappointed it wasn’t.)

When it isn’t, the hope shifts to the next one.

People think being published solves everything.

Despite being published, I’ve still had manuscripts rejected. In some ways, it becomes harder. When you’re new, you’re virginal. There’s faith. Hope. Belief. There’s the gamble that what you’re writing might just be THE THING. Nobody knows exactly because there’s no form record to draw upon (which is why marketplace becomes such a gauge).

When those bestsellers don’t come, then you have that form line. If it’s not working, there’s a good chance you can’t forage ahead with the same sort of stuff. Then it becomes a case of reinvention and having to not only earn back trust but win and build faith in the new line.

And the absurdist thing of it all is that failure can be a result of whim or timing. Sometimes, it’s not that there’s anything wrong with the writing or the story, but it just doesn’t connect to a readership immediately. There are plenty of examples of books that belatedly became hits.

Writing is this constant striving to find a place to fit, this obsessive need to write that one story that will unlock some fabled wonderland and, falling short of that, starting that journey over while surviving the wounds of the previous attempt.

Outside of wanting to tell stories.