The original Lost in Space series (1965 – 1968) began as serious science fiction, before descending into campy humour and outlandish storylines. But it worked because it found its voice, and has since become a cult classic. 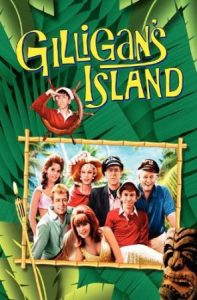 The rebooted Lost in Space (2018 – ) has not only gone the serious route, but has also become gritty, bleak, and largely joyless. It’s a motif a lot of contemporary movies and series use.

Arguably, the template for this began with Christopher Nolan’s Batman Begins (2005), and was popularised with the follow-up, The Dark Knight (2008). Then just about everybody decided this was the way to go, as if it was a secret formula that would lend credibility and gravitas. What most (in charge of these reboots) don’t realise, though, is that Christopher Nolan’s first two Batman movies are great stories that generate, sustain, and justify that environment. Can these other stories say the same?

Credit to Marvel for largely doing their own thing and finding their own voice. While dramatic, their movies are bright and energetic and incorporate levity. I do think their glibness has progressively become overdone, and can (at times) undermine the drama and tension. But that’s just my own opinion. At least they’re doing their own thing.

The gritty, bleak, joyless universes are now tiresome. Superman is meant to be a character who exists in the light. He exemplifies the best we can be. Batman exists in the dark. He speaks to our darker need for vengeance and satisfaction. If you could mash Christopher Reeve’s Superman and Michael Keaton’s Batman, you’d have the perfect conflict of polar opposites. In DC’s Batman vs Superman: Dawn of Justice (2016), both characters feel the same shade. Patty Jenkins’s Wonder Woman (2017) was the first DC movie to find some damn light and joy. What a shock it was the best received.

All three stories could’ve been painted from the same palette. At least Picard finishes on a heartwarming note, although that’s derived more from nostalgia than the actual storytelling. The series itself looks dark and glum, with the only splashes of colour coming from those original characters.

I have no problem with stories employing that aesthetic, e.g. Joker (2019), which is excellent. But there has to be a justification outside of it applied purely as a dramatic device (if not a gimmick). Lost in Space can employ levity without being camp. It can be serious without being grim. But that’s not the storytelling world we live in. Too many properties take this path.

From here, I can’t see how the madcap weekly fun doesn’t write itself.