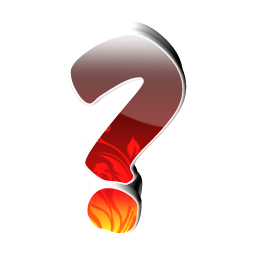 There’s other stuff. But that’s a shortlist.

You try to control as much of it as you can. You do this through revision, by getting opinions from alpha readers, and – most of all – by being honest with yourself.

Doubt’s a good thing, though. Well, in some ways at least. It forces you to question the quality of your work. If you’re questioning it, you’re prodding it for weakness. If you find weakness, you try to address it. Ultimately, you try to make something better.

Of course, reading’s subjective. I could give the same story to ten different people and get ten different opinions. There are always going to be people who don’t connect to your work. You can’t please everybody. The logical part of my brain knows that. But I still try. That’s the idiot part of my brain driving me. (Well, it’s my ego.)

Writing is intensely personal. You pour yourself onto the page. I’ve always thought writing is a reinterpretation of yourself – of who you are, your experiences, your thoughts, your emotions, your hopes, etc., which are all dissected, reconstituted, and channeled through the characters, circumstances, and events in a story. The landscape itself is irrelevant. It’s about what’s happening.

When you submit to a market – an agent, a journal, a publisher, etc. – you open yourself up. It’s when you’re at your most vulnerable.

If a publisher rejects your submission, it’s easy (and natural) to imagine that whole publisher has rejected you. That’s a whole company who doesn’t want your work. Or at least that’s what it seems. In truth, it’s just one reader. That’s all. One person at each publisher would do the initial reading.

But it hurts. When you’re rejected, it feels as if you’re being told, You’re not good enough. Even if the publisher offers encouraging feedback, it still amounts to a rejection.

Then, even if you’re accepted, you face critics – professional and amateur. Some of the bad reviews I’ve seen (not particularly for myself, but for friends) border on vindictive.

I’ve given bad reviews of movies and stuff, but I’d like to think I explain logically why I think something hasn’t worked. A friend got a one-star review on Goodreads.  I messaged the reviewer and said I’d liked that book, so I was curious about their rating. They responded they’d found it too ‘high brow’, and had quit it after twelve pages.

Negative reviews generally won’t affect me (at least not anymore), but I know they hit some writers hard. You can have ninety-nine positive reviews, but you’ll obsess about that one bad one.

And this is all part of the life of writing – that constant doubt, that moves from one phase to the next.

There’s no escaping it.

To Bleak or Not To Bleak