All storytellers have different strengths and weaknesses. In telling a story, they’ll play to their strengths, and hopefully that compensates for their weaknesses. 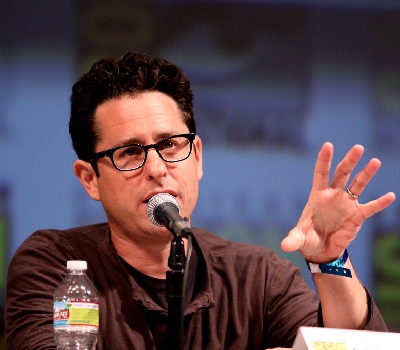 But what happens when a storyteller’s weakness is storytelling?

But his storytelling is terrible, which is born from his appalling world-building.

Word-building is paramount to me. Get it right, and you can sell me anything. I’ll believe immortals are living among us who can only die if they lose their head; I’ll believe an eccentric inventor builds a time machine out of a DeLorean; I’ll believe an archaelogist is retained by the CIA to find the Ark of the Covenant before Hitler’s agents get to it.

That’s the wonderful thing about storytelling: there are no limits to the imagination.

The only limits that exist pertain to how believably you can build that premise.

That’s what you call “suspension of disbelief”. This means when you invest in a story, you can suspend your disbelief so you can accept the world that story exists in, as well as the events that drive it.

But how about believing that there’s a group of dwarves on a quest to regain their treasure and ancestral home from an evil dragon? Or that humanity evolves to form a benevolent galactic government and explore space? Or that a family moves into a house built on a former cemetery and then becomes haunted?

We accept these premises as constructs that sustain the story.

The problem arises when that construct is flawed. It can no longer contain the story. As the story starts spewing out, the suspension of disbelief breaks down. Then you’re left wondering what the hell’s going on.

Everybody’s experienced this at one time or another. Think about a movie or TV show you’ve seen, or a book you’ve read, where at some point you’ve thought something along the lines of, As if that would happen!

Your suspension of disbelief is ruptured. You become uninvested in the story.

We all have different thresholds for tolerance, but each of us have a breaking point.

Next is Alias (2001 – 2005). It’s vague in my memory now, but I recall I enjoyed the first few seasons (many, many years ago, before I grew old and cynical). Jennifer Garner is great as super-spy Sydney Bristow, but it’s Victor Garber (playing her father Jack Bristow) who’s the breakout star character. The story lost me, however, when the leader of the baddies, Arvin Sloane (Ron Rifkin), is captured … and made the leader of the goodies. Only in JJ-land. Also, this espionage show is filled with prophecies. It really becomes silly.

Then came Lost (2004 – 2010). I watched the first couple of seasons, but then grew impatient. They constantly tease answers to questions, then just pose more questions. It’s actually the perfect vehicle for JJ given nothing has to make sense (the more absurd it is, the greater it contributes to the mystique), and nothing ever has to be explained adequately (or at all).

Lost is an important forebear in how JJ tells stories.

On the strength of Alias, Tom Cruise hand-picked JJ to direct Mission: Impossible III (2006). But this was only after Cruise had “creative differences” with David Fincher, and then Joe Carnahan. I’m going to be mean and infer that Cruise wanted somebody who would tow the line for him. As Cruise has shown, he is the creative driver behind his projects, and he never phones it in.

Mission Impossible III is excellent – a franchise-reboot after the dire Mission: Impossible II (2000). The third instalment also introduces a relationship arc for Cruise’s Ethan Hunt that carries over the next three movies. If you ever get a chance to watch these movies in quick succession (I watched them over a week), that arc appreciates and is much more poignant.

I’m going to leave the chronology of JJ’s CV to jump ahead to Super 8 (2011), which I watched while I recuperated with a badly broken leg. (Please keep in mind I was on three different sets of painkillers, and two of them were very strong.)

I liked the first half of Super 8, although it very much has no identity of its own, and instead pays homage to Steven Spielberg‘s E.T. the Extra-Terrestrial (1982), Richard Donner‘s The Goonies (1985), and Rob Reiner‘s Stand by Me (1986). These are also coming-of-age stories about young characters who get involved in an adventure. Super 8 does exactly that. But the second half – when the alien is revealed to be this monstrosity – schisms into a bubblegum creature feature which takes the story away from the kids, their bond, and their arc.

At least Super 8 is harmless. (Well, I remember it to be. It’s not like I’ll ever watch it again to clarify.)

I can’t say that about JJ’s other films. They look pretty, which fools many into thinking they’re good movies. And when I say they’re gorgeous, I can’t sell that praise highly enough. They’re generally cast excellently. They echo the right beats, which makes people think they fit within well-established franchises.

But their world building is atrocious.

If you’re truly honest and offer more than a cursory glance and you’re not ….

From there, there’s little logic to the plot.

Over the next five weeks, I’m going to explore and rate the world building behind JJ’s movies from worst to worstest (yes, I know this is not a word).

Next week, starting with number five …!