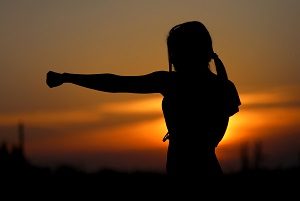 When it comes to characters, something else I ask myself is this question:

Is the character justified?

A simpler way of putting this is do I believe the character is who the story purports them to be?

I beat on the new Star Wars Trilogy last week, and will do so again, because it’s an easy target due to its shallow characters that are never meant to be more than archetypes – the humble hero, the cocky hotshot, the frightened sidekick comic relief.

Can I believe that a scavenger who’s had no training of any kind whatsoever is capable of being a fantastic pilot, a great mechanic, a brilliant shot (with the gun turrets), Force adept and capable of so many Force skills, and a formidable swordsperson?

In that environment in which she’s presented?

I struggle to digest that character as believable, and she’s definitely not justified in her skillset. They’ve not only offered no explanation to this vast display of mastery, but have actually dismissed any possibility that perhaps something in her past might explain it, e.g. she was a student of Luke’s who’d been hidden and had her memory Force-wiped. (Of course, her backstory could still be ret-conned in Episode IX.)

Anyway, in the New Trilogy, Fin somehow knows about Starkiller schematics, about the First Order’s tracking device, and, well, everything required to propel the plot forward and hand exposition to the audience, despite claiming he was only ever a janitor. How could he know all this? What sort of janitor was he? The Stormtroopers are just expendable fodder. Are the janitors prized higher and given more important information? I could possibly believe this if he was a defecting officer, but a janitor? Nope.

These characters lead a trend in contemporary blockbusters – characters who are great at stuff just because. It’s just because the story needs them to be, just because information needs to be delivered to the audience, just because they need to move past an obstacle, and on this list goes. There’s no substance to it. Who cares? The characters don’t earn their victories or achievements. They are given them so the story can jump to the next scene. And many people have stopped questioning it because they’re mesmerised by sweet visuals and slick editing.

Characters need to be justified. They can’t just be. As people, we are shaped by our experiences. Sure, we might be predisposed towards certain skills or have certain prejudices, but even those are developed by time and exposure. I was naturally good at pool when I was younger, but I had to play hours and hours to develop that. I didn’t get to be great just because.

One of my favourite novels is JD Salinger’s The Catcher in the Rye. It’s a simple book: the protagonist, a teenager named Holden Caufield, has been kicked out of his fancy preppy school, and decides to go home. Along the way he has various encounters that inform his outlook on the world, and we learn more about his vulnerability and why he’s so troubled.

It would be easy to say the character is born on page 1, and moves forward from there. Plenty of books, TV shows, and movies, treat their characters (and circumstances) this way. But they never feel wholly real, because their journey is self-contained to the story. We never get a sense of their existence outside of this window.

I’ll give you an example: the android character of Data in Star Trek: The Next Generation (and I am a massive fan of Next Gen). Data, like Spock in Star Trek before him, observed humanity around him and acted as a cypher to explore our foibles and vulnerabilities. Often throughout Star Trek: The Next Generation’s seven-year run (that’s 178 episodes 45-minutes each), whenever another character used a proverb or colloquialism, Data would query it.

Now Data was an android about thirty years old when we’re first introduced to him in the Star Trek: The Next Generation pilot, ‘Encounter at Farpoint’. Yet we’re expected to believe that in those thirty years he never encountered a proverb – that the first time he does encounter them is on the Enterprise and that they need to be explained to him? It’s a good example of how one aspect of this character doesn’t exist before page one. (Fortunately, it’s just meant to exhibit a quirk in Data’s character, rather than influence his decision-making and shape the plot around him.)

His younger brother Allie died from leukemia three years before the story starts. His older brother, D.B., has sold out on his artistic talent to write Hollywood movies. Holden himself goes to a pretentious school where he feels he doesn’t fit in, and that many of the students are superficial and out for themselves. Holden is disillusioned, angry and believes the world around him is full of shit. He is a believable, three-dimensional character because he is a product of his experiences and his environment before the story even spends a single word on page one.

Now it may seem weird that I’m comparing popular culture characters to a literary character, but the reason I do this is because circumstantially, not a lot happens in Holden’s life. Sure, he meets up with friends, talks with his younger sister, and things like that, but there’s not a lot of grist externally that shapes him throughout his journey, yet he’s compelling. Popular culture characters have every opportunity to use circumstance to define, shape, and propel their characters.

Some action movies do this great. First Blood shows John Rambo (Sylvester Stallone) discovering that the last man from his unit has died from cancer due to Agent Orange exposure. Rambo realises he is now alone with nobody to connect to. When Sherriff Teasle (Brian Dennehy) rebukes him, Rambo grows alienated. We later learn he was trained as a Green Beret. His responses are a combination of post-traumatic stress disorder, that inability to fit in, and that loss of purpose given he was built for war and now there’s no battle to fight. He is a great character. When he explodes, it’s understandable. When he takes out a police squad in the forest, we can believe it.

One of my favourite characters is Ellen Ripley (Sigourney Weaver), from the Aliens franchise. In Aliens, she agrees to accompany a group of Colonial Marines to investigate why a colony has fallen out of contact. She goes not because she is a super-powered character who can take all before her (which would be boring) – no, she’s petrified. But she’s the only one with any intel on the aliens, so she goes because, morally, it’s the right thing to do.

Ripley tries to warn the Marines about the severity of the threat, but they are cocky. Even when she demands they take her seriously, they don’t. When the mission goes awry and the Marines’ superior freezes, Ripley takes command and rescues the few survivors. Whereas previously they condescended to her, they now see she was right about the threat and they respect her for taking action to save them. They defer to her experience (with the aliens), as well as the fact that, while frightened, she’s remaining composed under pressure.

She becomes the leader of the mission and asks one of the Marines, Hicks (Michael Biehn), to show her how to use the weapons. When everything goes to shit, it’s Ripley to the rescue. She’s transformed over the course of the mission – necessity has compelled to step up, and she’s picked up rudimentary skills to help her success. We feel tension because we know she’s just a normal person doing her best, and it could all go wrong for her. The character takes a journey, and her capabilities are justified by her environment. She is a brilliant character and should be a template for characters everywhere in terms of growth, development, and justification.

I could reel off any number of great protagonists from movies decades ago. Now, I’d struggle, or if I named a character it would be because they’ve inherited some existing marquee, e.g. Superman.

Unfortunately, too often now we don’t get this depth, this motivation, or this logical construction, and we’re left with cardboard cut-outs and told they’re the hero because the story says so.

Rating the Rocky Movies: Part I