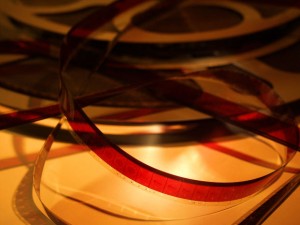 A counter that’s often thrown my way when I question movies is, Why criticize it? As if by the virtue of paying to see a movie – thus investing in being entertained – means I should check my brain at the door before taking a seat in the cinema and just unquestioningly accept everything I see and hear from that point.

This is becoming a popular mindset in regards to watching movies nowadays, although if this is the attitude, then how can there ever be a bad movie? Roll out a shocker, no problem – don’t question it. Of course, we don’t do that. At some point, critique emerges. But what line needs to be crossed before a movie becomes acceptable to criticism?

Many forgive mainstream movies of stupidities if they look pretty. That’s how simple it is. Let’s not question the immense dumbness of Star Trek into Darkness because it’s so nice to look at and listen to, it’s well cast, it’s slickly made, it’s decently acted, it ticks so many criteria, why be troubled by the stupidity and convenience of the plotting?

Similarly with Man of Steel. It ticked all those boxes. Why should we care if the character portrayed in Man of Steel is virtually the antithesis of Superman? This is Superman for a new era. Just because the character has survived in comics, five previous movies, and three television series as a boy scout, why should we feel betrayed by the representation of a grittier, angst-ridden Superman? Let’s not question it.

Let’s just sit back and watch.

How has this become the prevalent attitude?

At some point through the 1990s, Hollywood grew dumb. I blame the modern action blockbuster, championed by the likes of Sylvester Stallone and Arnold Schwarzenegger, and then succeeded by Bruce Willis, amongst others.

But as the Rocky movies went on, each became more outlandish than its predecessor. The fights played like computer games, with the characters slugging the crap out of one another. We questioned it, comparing it to the reality of boxing. Boxers don’t really hit each other that much! But we also loved it. It ticked all those other criteria. Each movie also had stories, too, (even if Rocky IV was unimaginably silly).

Stallone’s Rambo movies are another evolution in outrageousness. Watch First Blood, and nothing happens that couldn’t really happen if a Green Beret decided to go nuts in the woods and hunt down local constabulary. Rambo: First Blood Part II had the titular character heading to Vietnam to rescue POWs. Forget stealth here. None of the enemies could shoot straight. The issue was exacerbated in Rambo III, and culminated with Rambo ramming a helicopter with a tank.

This loss of reality and increase in explosive absurdity with the action has been a natural progression for action movies. Look at the Die Hard series, or the Lethal Weapon series. Each began with a tight story that contained some action. They ended with action into which a story had been interwoven to hold it all together. Similarly, Schwarzenegger’s roles got more and more unbelievable until they even had us trying to believe he could play the Governor of California. Oh wait.

The point is proportion was lost. Story steadily became secondary. What improved throughout was the art of moviemaking. Each movie looked better than the last. Action had to be bigger than its predecessor (or its competitors). Effects took a quantum leap with the introduction of CGI, (although in sci-fi movies, I still think models look better).

Naturally, then, when new movies were introduced this was the way to do it. Nobody wanted throwback action flicks. This was the new template – and it’s a template that’s been pounded, seemingly irreversibly, into contemporary moviemaking by the saturation of franchises that are nothing but action (e.g. Star Trek, Transformers, Man of Steel, Spiderman, etc.), even if their predecessors and/or source material were not.

Every now and again, somebody will surprise, as Christopher Nolan did with Batman Begins and The Dark Knight, two action movies that are (for the most part) tightly plotted. Sadly – and perhaps as proof of how superficial moviemaking has become – this isn’t the aspect of them which is emulated. Instead, what’s copied is the way they ‘look’, because this is what’s deemed important – getting the aesthetic quality right.

Generations of cinema-goers have been programmed into accepting this as the standard. They don’t want to be challenged. They want the pretty effects, the breathtaking visuals, and the stirring score. Their ability to be analytical and objective has atrophied. If a good movie comes along, they don’t recognise it. Instead, we get them championing overrated flicks or total turds because it meets the criteria they can now best empathise with: Wow! It’s pretty!

I saw Rush the other week, which is an enjoyable retelling of the 1976 Formula 1 Champion Season, and the rivalry between James Hunt and Niki Lauda. I have no interest in F1 but it was a great story (although reality had all the elements required) well told.

Pity instead of more movies like this we’ll just get another Transformers reboot.