The premiere of The Rise of Skywalker (2019) nears. Scuttlebutt around plot leaks are discouraging. One of the scariest is that test audiences laughed at how easily Rey disposed of the Emperor.

Even if that’s not true, or it is true but has been corrected, I’m not expecting much. Disney’s Star Wars movies have featured an array of unrelatable one-dimensional characters. They have no depth and take no real journey (unless, like Rey, it’s to discover who they are).

Just because these characters belong to an extraordinary sci-fantasy premise doesn’t mean they have to be unrelatable.

You can create relatability in characters regardless of the story (or genre) in which they’re operating.

Character Summation: The chief of police on a holiday island, Amity, Chief Brody has to deal with a shark terrorising the island’s waters. Initially, Brody’s not believed. When Quint is commissioned to kill the shark, Brody goes along, despite his fear of water. When Quint’s obsession threatens to kill them all, Brody challenges him. When the situation becomes hopeless, Brody must confront his terror and find a way to survive.

Relatability: Brody is the perfect action hero. Although he’s cop, he never would’ve envisioned his jurisdiction extended to dealing with an ocean predator. He’s just a normal guy trying to do the right thing. When bureaucracy dismisses his fears, he rallies. When Quint’s obsession threatens his life (and we find out why that obsession is justifiable), Brody stands up against it. Inevitably, Brody is left with no alternative but to confront his fear and find in himself the courage to face a danger for which he’s horribly ill-equipped. 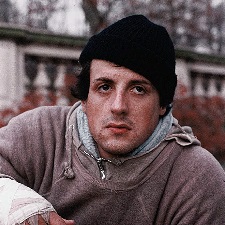 Character Summation: Rocky is a journeyman boxer who’s pissed away his talent. He tries to impress a woman in the neighbourhood. He gets the opportunity of the lifetime – to fight for the boxing heavyweight championship of the world. He trains hard and eventually realises it’s not about winning, but about standing up and mattering as a redemption for the life he’s squandered.

Relatability: Who doesn’t feel like this on a day-to-day basis? We all aspire, but sometimes life gets in the way. It’s good at that. But we continue to strive, hoping that one day we might matter in some grander context. As for Rocky trying to court Adrian, who doesn’t fall back on stupid cringy stuff to impress somebody they like? Rocky is like all of us, just trying to get by. He doesn’t always make the right choices, but when the opportunity presents itself he’s determined to seize it and find self-worth. 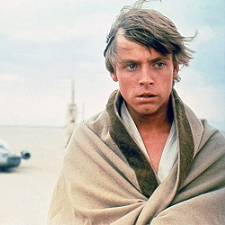 Character Summation: Luke is a dreamer who wants to get off Tattooine and mean something. He’s impulsive and makes lots of mistakes. He fails constantly. But he perseveres and becomes a Jedi Knight. In his confrontation with the Emperor, Luke is tempted with power, influence, and avarice. He declines, although the refusal will cost him his life.

Relatability: This is all of us. We’re all capable of anything. We try things. We fail. We persevere. And, at the end of it, we hope we can end up better than we started, and stay true to who we are. We don’t always have that guarantee. This applies whether we’re pursuing a career as a Jedi or as an accountant. It’s about chasing a dream and using inevitable setbacks both as educators and motivators. That’s the value in failure. It teaches you something that success never will. 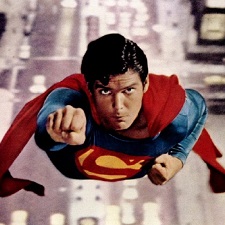 Character Summation: Sent to Earth from Krypton, Kal-El finds he has powers beyond everyday people. But when his adopted (human) father dies, Kal-El (aka Clark Kent) learns an important lesson: he has limits. There are things he can’t do. In the sequel, he gives up his powers for love, but that comes at a tremendous cost.

Relatability: The beauty of Superman as a character is he does good things purely out of decency. That’s the example he’s trying to set. He didn’t need some past trauma to motivate him. But for all his powers, he has limitations. People make the mistake that Superman is boring because he’s all-powerful. But, when handled right, that’s also what makes him fascinating: despite everything he can do, there are situations in which he finds himself powerless. We face those limitations every day. In the sequel, he tries to live for love. But he discovers that’s an idealistic pursuit. He has responsibilities that override his own desires. Does that sound familiar? 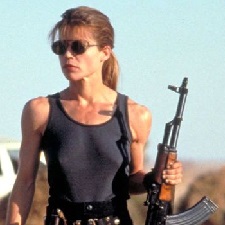 Character Summation: When Sarah is marked for termination, she is terrified. She doesn’t know who to trust or believe. But when the time comes, she fights back. Fearing that danger will come again, she trains. She learns. She becomes the architect of her own fate, even though she knows that it might destroy her. There is nothing she won’t do or sacrifice to protect the one she loves.

Relatability: Sarah’s transformation over two films is amazing and totally believable. She responds as any of us would: at first with disbelief, and then with fear, and then with acceptance. Throughout, she’s still scared. But she knows she has given herself every chance of succeeding by arming herself with knowledge and training. That’s us. Faced with an impossible situation we find that courage within ourselves to do whatever’s necessary to survive. We take whatever courses are needed to give ourselves the best chance of success.

As an aside, in Terminator II, they give the T-800 Terminator a character arc. It starts the movie an as this unemotional unstoppable killer. Throughout, it tries to understand human emotion and behaviour. You see that it struggles to emulate the way humans behave and interact, until the end when it declares, ‘I know now why you cry. But it’s something I can never do.’ The brilliance of this movie is they’ve made the Terminator relatable as it deals with foreign experiences and things it tries to interpret as feelings, but struggles to find a way forward through its own programming. (This is the heart of pretty much every self-help book on the market.) 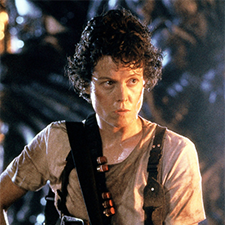 Character Summation: Traumatised by her encounter with the alien in Alien (1979), Ripley struggles to acclimate back into everyday life. Her superiors don’t believe her account. She struggles with nightmares, and can only get menial work. When communication with the colony fails, she’s asked to go along as a consultant. She’s terrified. She’s ill-equipped. But she goes because it’s the right thing to do. Circumstances compel her to take ownership of the situation (ahead of more qualified people, who defer to her because she has experience, saves them, and shows leadership), to learn survival skills and, ultimately, to fight back.

Relatability: Most of us are terrified of what the world will deliver. Bad relationships, bad jobs, bad health. But we keep trying, and by doing so we come out stronger than we were. That’s growth. If events get too big for us, we have two choices: give up or find a way to move forward. Despite her crippling fear, Ripley finds a way forward.

To Be Concluded Next Week …