Last week, I looked at the first six of twelve characters that I felt I could relate to.

But for the purposes of these blogs, I’ve tried to make my selections eclectic, and also focused on more extraordinary stories to illustrate that you can create relatability anywhere and with anybody if you put enough thought into how that character is portrayed, the journey they’re going to take, and how they’re going to deal with the obstacles they face.

So, continuing on from last week … 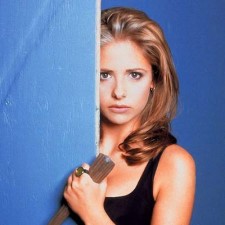 Character Summation: Buffy is a teenager who’s also a Slayer, a warrior born once-in-a-generation to combat supernatural forces. She and her mother move to Sunnydale, which just happens to sit on the Hellmouth – an area known for its supernatural activity. Each week Buffy battles vampires and other supernatural entities, each season building towards a climax where she fights a Big Bad. She does this while juggling family issues, school pressures, relationships, and her everyday responsibilities.

Relatability: Buffy’s a good parallel to Rey. Both inherit their roles. The difference is Buffy trains to improve her physical skills. She has friends who complement her strengths. And she struggles – she struggles with the responsibilities expected of her. She stumbles often. She has vulnerabilities. She often questions her role and whether she is worthy of it. She is constantly facing her fears and learning to be better. And she does all of this for no reward (although there’s one cool episode where her fellow students unexpectedly acknowledge her). That’s life. We deal with overwhelming responsibilities, lean on family and friends when we need to be propped up, and plough on not expecting rewards, or even a thank you.

Character Summation: Jackie Brown is a stewardess who makes ends meet by smuggling money for a local gun-runner, Ordell. When two cops stop her, search her, and find a small bag of cocaine on her that she was unaware she was carrying, Jackie is sent to county jail. Ordell organises her bail through a bondsman, Max Cherry, but plans to kill her because he fears she’ll become an informant. Jackie convinces Ordell of a plan to smuggle $550,000, while pretending to help the cops. However, she double crosses them all, and with the help of Max, escapes with the money.

Relatability: While several of the characters I’ve listed have power and/or authority, Jackie has none of that. She is at the mercy of every principal throughout the story: the cops, Ordell, as well as Max (although he doesn’t exercise that power over her, as the others do). She can’t beat these people up. She can’t arrest them. She has nobody to turn to. If she does nothing, she’ll either be killed or imprisoned. It really comes down to that saying, Necessity is the mother of invention. She is left with her desperation and ingenuity. And while the morality of her actions might not be something that most of us relate to (and also imposes a divide between her and Max), we can relate to being challenged to think outside all the norms a lifetime has programmed into us to find a way to scrounge forward. 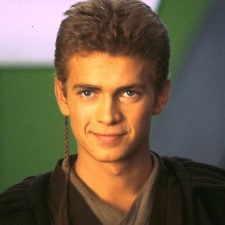 Character Summation: Anakin has abilities. He wants to impress somebody he’s keen on. He feels he should be further ahead in life, but that he’s unfairly done by. He perseveres, and makes some gargantuan mistakes. His impetuosity costs him his arm. He wins the love of his life, but there’s a feeling his own hubris will see not only the relationship unravel, but also himself.

Relatability: Although this movie is maligned, Anakin is actually the perfect representation of being a teenager. As teenagers, we all think the world is unfair. We believe things should work out for us. When they don’t, we lash out. We have a sense of entitlement. We try stupid lines on people we want to impress. It’s the mistakes that shape us – experiences define who we are, leaving us with a choice in the present as to who we are going to become. Anakin makes a series of wrong choices. I don’t know a teenager who hasn’t.

Character Summation: Furiosa dreams of a place she once knew: The Green. She challenges an unfair situation to try lead a group of women to salvation. But when she finds that place gone, she has no choice but to go back and fight for her freedom and an end to tyranny.

Relatability: This is such a perfect representation of making the hard decisions in life, and facing fears that we’d rather not. We all have those – things we’d rather not do. We cling to the security of the past, but sometimes it’s really just about ploughing into the future. It mightn’t be pretty, but clinging to the past can actually only provide an illusion of security. Going forward in a new direction might be terrifying, but often it can lead to a better outcome. We don’t know that it will, or that we’ll succeed. Ultimately, our only option is to try.

Character Summation: Logan is not the man he was. The adamantium in his body is poisoning him. His health is suffering. And he’s got to take care of an ailing Professor Xavier. Then a bigger responsibility drops into his lap – taking care of a young mutant Laura, and protecting her from the bad guys.

Relatability: Isn’t this most of us? Don’t most of us – particularly as we get older – struggle with health (if not simply outright with aging) and just getting through day by day? If you’re running a household, don’t you abhor those tedious responsibilities? If you’re younger, don’t you hate the things that parents make you do? We all have this stuff we need to observe just to get through everyday life. We don’t always want it. But sometimes there’s no choice. We feel like we can’t bear any more, that just one more thing will break us, and then something big happens. It’s during these times we find untapped reserves of strength and resiliency.

Character Summation: Arthur Fleck doesn’t know how to fit into the world. He tries – he really does. But he’s the victim of several unfortunate events. He’s mugged. He’s fired. His public health therapist is dismissed. His life becomes chaos. After the initial shock, he embraces it.

Relatability: Okay. Obviously not one of us is a psychopathic clown (and I imagine most of us don’t aspire to be). But there’s a reason The Joker resonates with audiences. It’s because he has the same struggles many of us do. He feels like he isn’t cared for and he has to battle for just the smallest amount of dignity. He has to fight to be given a chance. This is relatable to anybody who’s ever lived and gone through shit – which is pretty much everybody. Obviously, he takes a course that most of us don’t, and wouldn’t want to. But it does show how difficult it is to find that pathway to somewhere better. Sometimes, it doesn’t take much for that journey to be derailed.

There are other super-powered characters, like James Bond and John Rambo, who aren’t as relatable. But at least those characters are justified. We are given information to know they’ve been trained. Despite that training, they still fail but persevere. That’s why they’re given the tasks they take on. They represent an ideal of who we could be at our best. But that comes at a cost. It doesn’t happen out of entitlement. It doesn’t come for free. It takes a lot of work. And if you stop and actually explore these characters, there’s an element of self-loathing about them. John Rambo is never at peace with who he is. In the original Ian Fleming books, Bond is burned out and always a breath away from quitting. You could argue his lifestyle of indulgence is to compensate for being who he is.

And how does Rey fare? In The Force Awakens (2015), they teased that she wanted to find out who she is. That’s cool – the search for identity and self-definition. Then they dismissed it in The Last Jedi. That tried to be quirky. It wasn’t, because it meant everything had happened by pure chance. At least if she had been a Skywalker or Kenobi or whoever, you could understand her Force-sensitivity, and how she might’ve gotten ensnared in the story. Nope. But now they’re apparently going to reversion her identity in The Rise of Skywalker. It’s really playing out like a season of the TV show Lost (2004 – 2010): here’s a secret, here’s some tidbits that hint at an answer, and just when you think you’ll get it, no, wait, here’s some more questions.

Now maybe when they reveal Rey’s lineage, it’ll explain why she’s super-powered. At this point, does it matter? I’d argue that eight hours into a movie trilogy is a bit late to be delivering those truths. (I also gravely fear it actually won’t justify why she’s super-powered. It’ll just be some explanation as a face-saving gesture. The counter that Luke didn’t find out Vader is his father until The Empire Strikes Back (1980), and that Leia is his sister until Return of the Jedi (1983) isn’t apt. These are truths that build on what we know about Luke. They might explain his Force-sensitivity, but we see that he has to learn to develop his actual abilities.)

Regardless of who Rey is and why she is, up to this point, she has succeeded and succeeded and succeeded. She’s handled every difficult situation with aplomb. Who’s that in life? She’s beat up bandits, flown the Millennium Falcon, repaired the Millennium Falcon, used specific Force abilities, and fought skilfully with a lightsabre – all without a single scene of instruction. How do you connect to that? Why would you even develop if that was the case? It’s likelier you’d become arrogant and/or complacent. She has factored into a story in which she has no investment.

The same applies to Han Solo in Solo: A Star Wars Story (2018). The idea of a prequel is to explore how that character becomes who we know. But in this story? Nope. All that stuff is just conveniently there. He’s already an ace pilot, a terrific soldier, an excellent gambler, and can speak Wookie. So who cares? I don’t go around in life facing difficult situations and pulling out resources from some magic bag of tricks. I can try stumble through, but usually I have to go away and learn whatever I need to know – and if it’s something that requires expertise, then it takes lots of practice.

I’ve tried to pick a wide range of characters from extraordinary worlds, some of whom would seem totally unrelatable. But each character finds some truth to which we can connect. That’s why we invest in their stories. That’s why we take their journey.

And when I watch, I’m left with a simple realisation: I don’t care.

Relating to Characters: Part I