The last thing people wanted with Spider-Man was yet another origin movie. 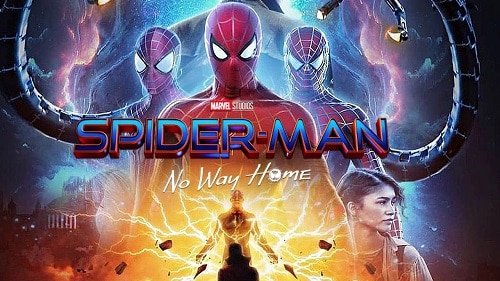 Then came the  Marc Webb versions, Sony rebooting the character in 2012, and following up with a sequel in 2014.

The first two Raimi movies are great, and the third has great moments, but tries to do too much. I wasn’t a fan of the Webb versions, and the second movie was unwittingly funny.

Marvel then negotiated with Sony for the rights, and were able to incorporate Spider-Man into their Marvelverse. He was quickly conscripted into 2016’s Captain America: Civil War. We were handed a character that was fully-formed.

Tom Holland’s great in the role, but while Civil War captured Spider-Man, Homecoming did not.

One of the biggest issues is Stark gives Parker a mechanized Spider-Man suit. If the suit is laden with gizmos and whatnot, how important is the person in it? It could be Parker, or it could just about be anybody. The difference with Iron Man is that Stark is the inventor of the suit and all its gadgetry. He is self-made. Spider-Man, in this version, is Stark-made.

This robs the character of agency in his own story. A big thing in these superhero movies is they take ownership of their fate. Here, everything is thrust upon Parker, and it’s ultimately a journey about him accepting who he is. Sam Raimi’s The Amazing Spider-Man 2 also takes this journey, but Parker remains his own creation. It’s about him reconciling his duality: his life as Peter Parker, and his responsibility as Spider-Man.

Homecoming, and the sequel, Far From Home, have struggled to find balance in Parker. They’ve pitted him as the reluctant hero, which is fine as a superhero trope, but a big part of the Spider-Man mythos is Uncle Ben’s death compels Parker to accept who he is.

Understandably, Marvel didn’t want to re-tread a journey that had just been taken twice, but in doing that it does feel as if their version of Spider-Man is the least true of the three contemporary incarnations.

In the trailer for the newest movie, No Way Home, Parker is battling with the fallout of everybody learning he’s Spider-Man – courtesy of a reveal at the end of Far From Home.

He consults Dr. Strange, who casts a spell that is meant to undo this reality. Things go awry (now there’s a shock), which seems to lead to the multiverse collapsing and threatening existence. At the end of the trailer, we see Alfred Molina appear as Doc Ock’s – Molina’s villain was part of the second Tobey Maguire Spider-Man movie.

This whole trailer feels one step out of sync with where it needs to be, although this is probably my prejudice.

I hate stories that deal with what I call The Frankenstein Complex: the characters build something, it goes wrong (like Ultron, in Avengers: Age of Ultron), and the characters spend the rest of the movie trying to fix their own mess.

Here’s a hint: DON’T BUILD IT.

Comics come out so regularly that you can and will explore every possible story. Movie instalments just aren’t that frequent. I’d rather protagonists weren’t the genesis of their own antagonist unless there’s some genuine motivation behind it – that’s something Age of Ultron tries. Ultron is a result of Tony Stark’s arrogance.

I’d rather the villain was their own person.

In Christopher Nolan’s The Dark Knight, we know nothing about Heath Ledger’s Joker. He’s almost the manifestation of Gotham’s corruption, and personified as the antithesis of the protagonist: absolute evil versus absolute good.

In Superman and Superman II, both Lex Luthor and Zod emerge to challenge Superman. While Zod does have history with Superman’s father, Jor-El, that backstory exists as context. Neither Jor-El nor Superman created Zod.

Something else that annoys me is the multiverse as a cinematic device. The television series, The Flash, first openly played with it on a regular basis. They brought in different versions of the Flash (Grant Gustin) himself, different versions of Harry Wells (Tom Cavanagh), and then started mirroring the other characters. We also learned that The Flash and Supergirl (Melissa Benoist) occupy different Earths – this now is when I start to have major gripes.

When DC debuted their cinematic universe, they ignored their TV universe. Grant Gustin’s Flash was consigned to remain on TV. The cinematic universe cast Ezra Miller as their Flash. It looked like film and television would have no interrelationship.

But now it’s all (purposely) collapsing in on itself. They all share the same multiverse. Ezra Miller has guest-starred on TV’s The Flash. We have Jared Leto’s Joker on one hand, and Joaquin Phoenix’s on the other. We have Ben Affleck’s Batman, and now Robert Pattinson’s. Michael Keaton’s Batman is also being hauled out of retirement.

Some might see this as creative. I see it as simply a means to reboot without having to entirely dismiss the predecessor(s).

What irks me is I have an investment in characters under the pretence that they belong to my Earth, or at least my universe. I don’t care about the others. The people from their realms of existence can care about them.

It’s myopic, I know, but when you’re dealing with extraordinary characters, one of the reasons to invest in them is the affectation that you belong to the same page.

Superman and Superman Returns each have a great scene where Superman is flying low through Metropolis. People look up to see him. It’s a small act of wonder. These people belong to the same universe as Superman. In those small scenes, I identify with those people.

While Holland’s Spider-Man has tried to forge his own identity and divorce himself from the two other franchises, it feels like this version is still trying to find its own legitimacy.