I try not to watch shit. 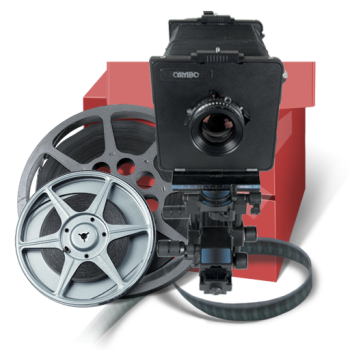 I’ll switch off. There are plenty of alternatives.

But if it’s something I have an emotional connection to, then I persevere. I know I shouldn’t. But it’s become analogous to self-mutilation. I know it’s wrong, I know it’s bad for me, but I want to – need to – feel some new pain to validate the experience.

Watching Star Trek: Picard (2020 – ), I can only think, What unholy shit is this? How can you get everything so wrong? How can you be so oblivious?

But why am I surprised? The Disney Star Wars Trilogy is bad. The DC incarnations of Batman and Superman are appalling. The rebooted Star Trek is horrible. The most recent Terminator movies are shitful. They’re positioning to ruin Buffy: The Vampire Slayer (1997 – 2003) next.

Why are these incarnations so bad?

That comes down to three reasons:

But none of that happened. Fairy-tales often finish, And they lived happily ever after. Movies used to imply that in their conclusions. We wanted to think our beloved characters emerged from their hardships to find some joy and fulfillment in their lives.

I mightn’t have a problem with this if it was causal. Wolverine is leading a shitty life in Logan (2017), but this is a genuine extrapolation of the character we’ve known – he was always angry and rebellious and struggling to find a sense of purpose in the world. Now he’s taking care of the one man – Charles Xavier – who took care of him, while combating his own sudden frailty.

Even James Kirk is discontent when Star Trek II: The Wrath of Khan (1982) begins. Kirk has led two highly successful five-year missions. He’s decorated. He’s entering middle-age. And he’s now an admiral. So why is he troubled? Because Kirk recognises he’s surrendered his passion (command and exploration) for some shallow prestige – a position that is expected of an officer of his years.  Throughout Star Trek II: The Wrath of Khan, Kirk learns that age should have nothing to do with who he is. Spock’s sacrifice teaches him he has to live for the moment – and that means pursuing what he does best.

Even a movie as problematic as Indiana Jones and the Kingdom of the Crystal Skull (2008) explores that Indiana is being left behind – his best friend and his father have passed, and he’s no longer the swashbuckling hero he used to be. This is an authentic representation of the character in his latter years.

But none of this happens anymore.

If you wrote a sequel to Jane Austen’s Pride and Prejudice, Mr Darcy would be an alcoholic gambler who’s lost a leg and is constantly flirting with the maids, while Elizabeth would become a shrew who developed an opium habit and steals a baby to fake a pregnancy because she can’t conceive.

Audiences would sit back and shriek if that story played out. And they’d root for these two characters to rediscover one another. It’s all about getting them back to the implied, And they lived happily ever after. So they’re not actually growing. They’re just reverting. That’s their whole journey: reversion to how we knew them, or expected them to be.

Just as Superman realised he should be a hero we’ve always known.

Just as Luke Skywalker realised he should be the leader everybody expected.

Just as Sarah Connor realised that she should retain her hope for a better future.

Storytellers who pick up these legacies – whether they’re established film or television characters, or characters who come from long, storied source material – have a responsibility to be true to who these characters are.

It’s not a hard concept.

I’m sure these characters have plenty of authentic stories that could be told.

Just not this shit that’s being meted out.

As a friend put it, if you want to make shit, build your own property and do it there.