I’m not a fan of DC’s cinematic universe. I don’t have a problem with them going dark. It’s just that it’s all dark, and it becomes monotonal. 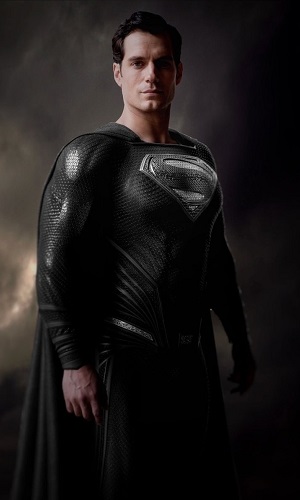 If you could pit Richard Donner’s Superman against Tim Burton’s Batman, you would’ve had a spectacular conflict. The characters are polar opposites.

Donner himself recognized this. In his commentary for Superman II: The Richard Donner Cut, he relates a story where the studio asked him (before the Tim Burton Batman) how he’d do Batman.

Zack Snyder’s Superman and Batman feel like they’re the same character – two gloomy superheroes haunted by their responsibility and struggling constantly in their own skin. The result is dreary and unhappy and involves lots of frowning.

At some point, DC must’ve identified this was an issue given they roped in Joss Whedon to provide a quick makeover on Justice League.

Whedon’s pilloried for his work. I’m unsure what anybody expected, though. He wasn’t given license to start over. He had to operate within the existing framework to lighten the characters and the mood. The result is, understandably, a hodgepodge. It’d be like asking an author from Mills & Boon to go into a Stephen King novel and rework it and make it romantic.

Still, Whedon’s responsible for the only scene (in my opinion) in the current DC Universe that comes close to capturing Superman: when a couple of kids ask Superman some questions.

We join Superman at some emergency scene – presumably, he’s helped put out a fire. Superman shakes a firefighter’s hand (a great little touch in itself), then turns to the kids. The kids ask a range of questions. Superman answers them patiently, then smiles – it’s a good smile too. Superman is warm and accessible. I’m also pretty sure that it’s only the second expression Henry Cavill (who could actually be a fantastic Superman) has been required to employ during his stint in DC.

You imagine that Zack Snyder’s Superman would’ve growled at the kids, or embarked on some soliloquy where he talked about the burden of responsibility.

Or maybe he would’ve drop-kicked the kids into orbit.

Many couldn’t see past Henry Cavill’s fuzzy upper lip – a result of quick CGI to remove a moustache he’d grown for Mission Impossible: Fallout. Whedon brought him in for reshoots while Cavill was still working on Fallout, Cavill couldn’t shave, so CGI was the go.

Going back to Richard Donner’s Superman, there’s a scene during his first night of helping people where he plucks a cat out of a tree for a little girl. I know some criticize this scene. With all his powers, this is what Superman’s doing? Saving cats? Well, yes, because that’s who Superman is. That’s exactly the sort of thing he’d do. It’s not about the size or seriousness of the task. It’s about helping.

Trying to update the character to make him darker doesn’t work, because Superman is meant to a representation of us at our best. He’s the symbol to which we aspire. Snyder’s Man of Steel even parrots this from the original Superman, but then we have a Superman totally removed from everything we know.

When Snyder was recalled to the DC universe, he got to complete his vision of the Justice League. People lauded it. It is tonally consistent, which the Whedon hybrid is not (and could never be under the circumstances).

But I still don’t think it’s a great movie.

Some of the plotting borders on silly.

For example, to contact Diana, the Amazons shoot a special arrow, the Arrow of Artemis, into the Shrine of the Amazons in Greece. The arrow starts a signal fire.

Cut to Diana at her museum job in the United States working on some statue. Then, somebody randomly turns on the television. And, lo and behold, they’re reporting on a mysterious fire in Greece. Good thing Diana was near a television when it just happened to be turned on when a news report about a signal fire just happened to be on.

Diana then goes to Greece, where the arrow has just been left for her to find. Nobody decided to take the thing. Authorities didn’t confiscate it. No baddy thought, Better get rid of that before it signals somebody! Nope. It’s just left there.

What if Diana hadn’t been watching the news? Why is the arrow still there? If the Amazons can fire an arrow from their secret homeland into Greece, why not fire it to the US? Or into Diana’s backyard?

You have characters who consort with gods and deal in magic, and their sole communication in a dire emergency is a freaking arrow. It reminds me of Austin Powers: International Man of Mystery when Random Task throws his shoe into Austin’s head, and Austin exclaims indignantly, “Who throws a shoe? Honestly!”

Then you have Superman’s resurrection.

The characters go through this complicated undertaking to resuscitate him, Superman then goes beserk and fights them, they try to make him realise who he is, Superman ultimately flies off, and that’s it. They then keep going about their business.

For all they know, they might’ve just unleashed upon the world a danger greater than Steppenwolf – a Superman who’s lost his mind. Not a problem, though. Don’t look for Superman. After all this trouble, nobody tries to find where he went. I’ll give you a clue, characters: TRY HIS FREAKING HOUSE. IT’S IN SMALLVILLE. BRUCE WAYNE KNOWS WHERE IT IS!

There are lots of these moments. They’re not just bad, but funny.

But what I actually find most objectionable is Superman’s battle with Steppenwolf. After some punching and stuff, Superman uses his heat vision to cut off Steppenwolf’s horn.

The horn’s not like a totem of power that Superman has to remove from Steppenwolf to incapacitate him or beat him the way you might have to deprive the Green Lantern of his ring. The horn’s like an antler to a dear, or a tusk to an elephant, or an ear to us.

Superman has the time to take any other recourse. He could punch Steppenwolf unconscious or until he yields, but Superman’s choice is to hurt, humiliate, and maim Steppenwolf.

What an utterly sadistic prick.

Oh yeah, this is definitely the Superman I want to see in the DC cinematic universe.

Whedon handles this entire exchange better. Superman makes the save, partly makes his little “truth and justice” speech (a great little scene), then beats up Steppenwolf.

In both versions, there’s a scene of Wonder Woman and Aquaman standing together, with Aquaman nodding his head and saying with pride, “All right.”

In the Snyder version, Wonder Woman then says, “Kal-El”, because, like, we’re idiots in the audience. We need Wonder Woman to identify that Superman is Kal-El. Whedon cuts this part out because he doesn’t want to treat us like idiots.

In Whedon’s version, Superman then goes to check on the injured Cyborg, which is a totally Superman thing to do. Whedon also introduces some random civilians to humanize the jeopardy. Their presence so close to the combat zone is inexplicable, but I appreciate the symbology of what Whedon is trying.

This is not to say the Whedon version is brilliant – it still has to operate within existing parameters and, for the most part, has to work with existing material. Whedon wasn’t given license to start over. He reshot some scenes almost frame for frame, although this is probably so he qualifies for a director’s credit. He inherits the story and the bulk of the plotting.

But Whedon shows a much better understanding of Superman than Snyder’s Hannibal Lecter incarnation.