Warning: this blog contains a spoiler for Terminator: Dark Fate.
(However, the spoiler covers the opening minutes of the movie, so it’s not that much of a spoiler!) 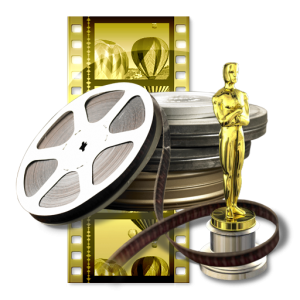 Who started the Hollywood reboot?

I’ve been trying to puzzle this out – who’s truly responsible?

We’ve always had remakes of movies – although I’ve never understood why. If you have a good movie (or a good song), why remake it? Wouldn’t it be more logical to take a property that didn’t quite work, and remake (and fix) that? I understand the financial implausibility – a studio is unlikely to fund a remake of something with no proven commercial viability, but the logic is sound.

Fix what’s broken, rather than remake what works.

Reboots are different. Remakes create a new version of a singular story. A reboot is aimed at a whole franchise, implicit with the possibility of sequels, merchandising, and anything else that could make money. They also speak to an existing fanbase.

After the original Batman series flopped with the spectacularly campy Batman & Robin (1997), Christopher Nolan rebooted the franchise with Batman Begins (2005). I want to give Nolan credit. He’s responsible for pretty much every damn property now having a long detailed prequel story – how the character (or characters) became who they are. He also founded dark and gritty. Everybody now follows this template, even when it doesn’t belong.

But a check sees other franchises that were rebooted prior, e.g. Tim Burton’s Planet of the Apes (2005). Apes wasn’t successful, though. Arguably, it was never intended to be a franchise – not in the way that superhero moves are. Apes simply became a compelling premise to explore. How did this world come into being? The original movie series and current (rebooted) series have given us those stories.

Reboots are now everywhere. In principle, I’m okay with that with short-term properties. Tim Burton’s original Batman (1989) movie aside, the series hardly imprinted itself as culturally iconic. Nolan’s Batman Begins and The Dark Knight (2008) are brilliant movies. They can stand parallel to Tim Burton’s Batman movies, and leave us a choice of this or that, or to enjoy both.

The problem is when Hollywood

Here’s an example: JJ Abrams’ Star Trek (2009). Up to this point, this franchise had spanned ten movies, and four television series (amounting to 703 episodes). It’s a franchise that should be respected. Nope. In the opening scene, somebody travels back in time to a point before the events of the original Star Trek series, and thus changes the entire timeline from then on.

Is this the best way to honour the franchise? Given that the new movie series has petered out and the new series, Star Trek: Discovery (2017 – ) is pilloried by most, I’d say no.

Discovery deserves a mention of its own because it exists as a prequel series to Star Trek: The Original Series (1966 – 1969). The problems arise because Discovery disregards canon. I’ll accept that contemporary technology allows us to portray special effects better than in the original 1960s series of Star Trek (and in the The Next Generation [1987 – 1994], Deep Space Nine [1993 – 1999], Voyager [1995 – 2001], and Enterprise [2001 – 2005]), but the writers have invented new story tech, as well as introduced a character to a well-established family who has never existed in the other incarnations of Star Trek.

Star Wars performed a soft reboot within the Sequel Trilogy – it preserved the events of the original movies and continued on from where they’d left off. However, it did this by shitting on those events (making the struggles of the Original Trilogy redundant), killing original characters, and pushing forward as shallowly as possible. Citing that the Prequel Trilogy (which, in my opinion, looks like genius now) also did this isn’t a defense. You don’t use bad storytelling to defend bad storytelling.

The second movie in the Sequel Trilogy, The Last Jedi (2017), even has the antagonist saying at one point, ‘Let the past die. Kill it if you have to.’ That’s exactly the path Disney, and directors JJ Abrams (The Force Awakens [2015], and The Rise of Skywalker [2019]) and Rian Johnson (The Last Jedi) took. I respect that the Sequel Trilogy has its fans, but there is a groundswell of disenfranchisement about these new movies. It’s not just me being ranty. Look around. There are plenty of well-reasoned, analytical deconstructions as to why the Sequel Trilogy isn’t very good.

Disney have test-screened six endings for final movie in the trilogy, The Rise of Skywalker, trying to win back a fanbase they’ve antagonised. Future movies have been put on hold. They’re retreating to television to try rebuild their marquee, beginning with The Mandalorian (2019 – ). This is with a franchise that you would’ve considered bulletproof. Their treatment of what’s become culturally iconic has offended, upset, and offsided so many. The sad thing is none of it ever needed to happen. That galaxy has limitless scope. Don’t believe me? Go check out Star Wars gaming. Time after time they’ve produced compelling storylines.

In the new Terminator movie, Dark Fate (2019), a T800 Terminator murders John Connor in the opening minutes. Wow, thanks, new Terminator movie. You’ve just invalidated the struggles and victories of Terminator (1984) and Terminator 2: Judgement Day (1991) and killed an iconic, beloved character. How do you think we’ll go from here? If the point you’re making is that this battle is endless, the saviours interchangeable, then why should I – or anybody – care?

People lauded the rebooted James Bond universe that began with Casino Royale (2006). I hated it.The movie was okay, but why the reboot? Why archive the original Bonds into some nether region and start over? We understand and accept Bond’s conceit – that five different actors have played James Bond, that the series has spanned five decades, and that the character exists in this ageless, timeless bubble that shares canon. We don’t question that. It’s just part of the series longevity and it’s that longevity – implicit with its continuity – that makes it special.

Everybody was abuzz that the first Daniel Craig Bond, Casino Royale, was gritty. The filmmakers had already done that with with Timothy Dalton’s The Living Daylights (1987). At one stage in Casino Royale, a villain tells Bond that his file shows no kills and that it takes two to become a double-oh agent. Okay. This is interesting – we’re meeting Bond before he becomes callous and … oh wait, he’s just killed somebody in flashback, and then shoots this guy. Everything then goes the way Bonds always go. So what was the point of rebooting? Within ten minutes, this Bond is exactly like all the other Bonds.

Nothing that happens in Casino Royale – or its sequels – necessitated a reboot. The series has always reshaped around the actor playing Bond. Sean Connery got the ruthless, grounded Bond. When that didn’t work as well for his successor, Roger Moore, Bond became jokier and more gimmicky. Interestingly, The Living Daylights was written for Pierce Brosnan, who was meant to become Bond. When Brosnan couldn’t get free of his contract for his TV show Remington Steele (1982 – 1987), Dalton was cast and the script rewritten to suit him and his style. GoldenEye (1995) was written specifically for Dalton, but he opted not to return. Brosnan was now cast, and the script was rewritten for him. See? It’s not that hard. They could’ve easily done that with Daniel Craig, and qualified whatever direction they wanted to take.

In Spectre (2015), they rebooted Bond’s version of Lex Luthor: the independent terrorist group SPECTRE – SPecial Executive for Counterintelligence, Terrorism, Revenge and Extortion. This would’ve been so much more interesting in the existing Bond universe if he realised his old enemy was back. Then we have history to draw on and build. We have intrigue. Blofeld is dead. Who’s in charge? Now there’s a mystery Bond needs to investigate. The story writes itself.

History adds depth, offers context, and provides gravitas. I don’t get why these reboots insist on deleting, rewriting, or disrespecting their respective franchise’s history. These worlds are filled with boundless possibilities. That’s why it’s called storytelling.

It’s not that hard to write a story that honours, respects and builds on what’s come before it, rather than tearing it down.

The nWo – What Was and What Could've Been

An Exploration of August Falling